Joe Biden, You’re Not Going to Win Pennsylvania This Way

Joe Biden is in a political vise; squeezed by radical greens on the one side and labor on the other. He can’t win Pennsylvania without the latter, though.

Joe Biden will be the Democrat nominee for President this year, but can he win Pennsylvania in November? That’s unclear. He’s confronted by two classic Democrat constituencies, greens and blue-collars, with diametrically opposed positions on oil and gas development. And, that’s precisely where Joe Biden is right now. Muddling through would hardly seem to be a strategy. It appears he’ll have to choose. But does he? Will he? 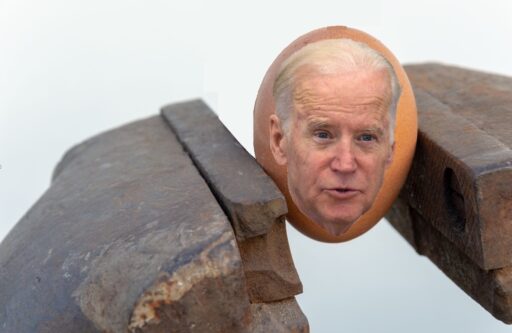 A glimpse of the political vise squeezing Joe Biden comes from two stories in the Wall Street Journal. Here is the green side of things (emphasis added):

Mr. Biden has indicated he is willing to do more to address climate change, saying last month that possible areas to build on include investing in clean energy technologies and policies that prevent minority communities from being disproportionately hurt by things including pollution and waste storage. A climate task force he put together with the help of Mr. Sanders, his former rival for the Democratic nomination, began meeting last week.

To give himself the best chance of beating President Trump in November, Mr. Biden must motivate young, liberal voters and keep the support of older, centrist voters. Mr. Biden named establishment Democrat John Kerry, who helped negotiate the Paris climate agreement, and New York Rep. Alexandria Ocasio-Cortez, who has proposed weaning the U.S. off fossil fuels with a plan known as the Green New Deal, to lead his climate task force…

So far Mr. Biden has proposed a $1.7 trillion climate plan over a decade…

Mr. Sanders has called to end fracking. Opponents worry about pollution and say the U.S. needs to move away from fossil fuels because of the effects on the climate.

And, here is the blue-collar side, from top-notch reporter Salena Zito, who gets this stuff in a way most mainstream reporters, including those at the Wall Street Journal, never do:

Mayor Bill Peduto has faced a fierce backlash since he announced at last week’s Climate Action Summit that he opposes any new petrochemical companies coming to Western Pennsylvania. Labor unions, civic leaders and even the mayor’s closest political ally have taken him to task.

“When you make a comment that can clearly hurt the advancement of a region and their ability to feed their family and have a better life, that’s when it becomes an issue for us,” said Darrin Kelly, the city firefighter who heads the Allegheny County Labor Council. “I’m going to be very vocal on behalf of the working men and women to protect them, OK? . . . If they’re attacking our way of life, I’m going to come after them.”

The battle is a microcosm of what is happening nationally: Big-city Democratic mayors are aligning themselves with leftist local officials and environmental activists to renounce disfavored industries. It also exposes the Democrats’ deep challenges with blue-collar voters. In both Western Pennsylvania and the Scranton area, the shale industry is opening up prosperity not seen for two generations—and inflaming climate zealots. “A Democrat cannot win Pennsylvania without voter support from those two regions,” said Mike Mikus, a strategist who consulted for Democratic Gov. Tom Wolf’s re-election campaign last year. “And you can’t win the presidency as a Democrat if you lose Pennsylvania.”

…Allegheny County Executive Rich Fitzgerald, Mr. Peduto’s closest ally, is flabbergasted by the mayor’s opposition. He bristles at the suggestion that one can’t favor fracking and mitigating climate change. “I believe in climate change,” he says. “I think it is absolutely real. Anybody who denies that I think is not looking at the science. What natural gas has done has been one of those great additions to lower our carbon footprint.” Natural gas emits 30% less carbon than oil and 45% less than coal…

Mr. Kelly said that since he took on the mayor, he’s been overwhelmed by calls of support from labor. “We are not backing down.”

That’s like being between two steel walls closing in on you and unless you’re Indiana Jones and it’s a movie, you don’t normally escape. Joe Biden has an opportunity to play Indiana Jones, though, and it’s laid out succinctly by Allegheny County Executive Rich Fitzgerald. Fitzgerald understands that what Joe Biden must do is to seize upon the undeniable fact that ought to unite blues and greens; the fact natural gas development has done more than anything else to “lower our carbon footprint.”

Energy In Depth captures the opportunity nicely in this article:

Energy-related CO2 emissions declined by 2.8 percent from 2018 to 2019, according to data recently published by the Energy Information Administration. The emissions drops in 2019 are significant when looked at beside the broader U.S. context: despite an energy consumption decline of 0.9 percent in 2019, gross domestic product increased by 2.3 percent in the same year. Put simply, the United States managed to reduce its emissions despite having a robust and growing economy in 2019.

And, here it is in one simple graph: 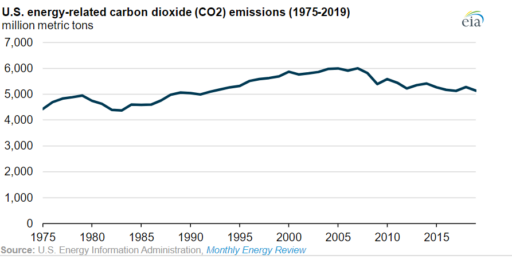 No, Joe Biden doesn’t have to muddle through or choose. Oh, it would be nice if he had a Sister Souljah moment to reject the foolishness of radical green new deal thinking, I suppose, but that’s a bit much to ask of a Democrat candidate needing the votes of young minds full of mush.

And, it isn’t necessary. All Joe Biden has to do is speak the truth; the shale revolution in Pennsylvania made reduction of carbon emissions possible on a large scale for the first time and it must remain in the arsenal of weapons to fight climate change. He can say whatever he wants about funding renewables and all that jazz, but he needs to unequivocally  support natural gas as the way to win on global warming and as a necessary baseload corollary to renewables. It’s that simple. Is Joe Biden up to it? Can he say he won’t fall into the ideological trap and take a stand for results? Those are the only questions. Come on, Joe…”come on man.” Don’t crack. Do the right thing and get yourself out of this situation.