Josh Fox Loses It, Flails About and Retreats to Gas Heated WowHaus

Josh Fox has gone off the rails. He has been yanked from the Public Theater for failing to follow their rules of conduct and is now back at his WowHaus.

It’s really quite astounding when you think about how Josh Fox managed to con so many folks for as long as he did. He was always operating on the far edge of the fringe and only achieved temporary notoriety by riding the fracking issue until everyone realized his story was phony, his facts were wrong and his integrity questionable. Now, it all seems so long ago and he’s been struggling to regain relevancy ever since. Indeed, this may be the explanation for what just happened at the Public Theater in Manhattan. Josh Fox was thrown out and now he’s back to his gas-heated headquarters in Brooklyn. 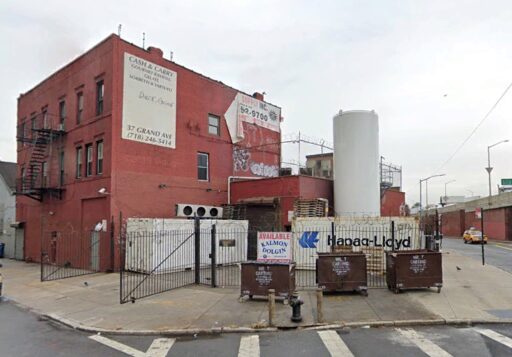 Josh Folks calls his headquarters the “WowHaus” after International WOW, the public name he gives to his enterprise. The actual name of his non-profit corporation is Sweet Jane Productions, Inc., which you can read all about here. It’s heated with the natural gas that gave him his 15 minutes of fame fighting.

No one is paying much attention anymore, though, so Josh Fox has resorted to doing ridiculously titled theater productions in a desperate attempt to reclaim status as a serial protesting socialist anarchist sort of a guy determined to occupy the seat on the far ledge so everyone will point at him. What better way to do that than get yourself thrown out of a theatre for being “too passionate,” as he claims. Here’s the story as told by the New York Times on YouTube:

And, here’s the message Josh Fox just sent out to his followers:

We perform tonight at 8pm Wowhaus in Brooklyn. E-mail for tickets.

For the past week I have been performing my solo show THE TRUTH HAS CHANGED at The Public Theater’s Under The Radar Festival. The remainder of the show’s run was cancelled today without notice nor any attempt to communicate clearly the reasons for the cancellation.

THE TRUTH HAS CHANGED is a highly political monologue that addresses our current crisis of truth and misinformation in this year’s highly charged electoral atmosphere. It calls directly for non-violent political revolution and it addresses the connections between big oil, big data and white supremacy. The project is a clear, straightforward indictment of the politics of misinformation of Donald Trump, Facebook, and the oil industry, and it calls for direct audience reactions to its content. It is a vitally important work of art that nightly standing ovations, strong reviews, and vibrant public reaction prove needs to be seen.

The Public Theater continually put up roadblocks to the show’s success and promotion in the run up to the premiere and the staff was openly hostile towards the show in its brief tenure at the theater.

This includes verbal threats, coercion, angry tirades and physical intimidation by festival producers including Mark Russell, Jon Grenay and other Public staff members towards me personally and to members of our team. These clear violations of the code of conduct of the theater were noted, and we emailed 4 written statements to The Public Theater.. Our complaints were ignored and belittled.

In response to acts of aggression towards me, I continually and passionately pleaded with Mark Russell, Ruth Sternberg and others, saying that we were feeling unsafe and that under present conditions we felt we could not do the show. I was accused of being too emotional, complaining too loudly, and then, without notice they cancelled the remaining run of the show.

We at International WOW Company feel strongly that the use of intimidation tactics and ultimate cancellation are a clear strike against the politics of our show and that The Public Theater was uncomfortable with the outright call for non-violent revolution we were expressing. The Public Theater continually suppressed our message. We created two promotional videos at our own expense – The Public Theater told us that they would not run them because they were too political.

For a theater that promotes itself as a place for social justice, to see the outright ban and shut down of this show, reveals a deep underlying institutional hypocrisy. The Public Theater is clearly manifesting the authoritarian politics of our time.

As a Jew and as a political organizer and because I take on the oil and gas industry, I have been targeted my whole life. The theater is where I went for a refuge against this kind of daily physical violence. I did not expect to find that kind of violence and suppression at The Public Theater, yet several anti-semitic tropes were used by The Public Theater’s staff against me personally throughout this horrible episode.

I am appalled and shocked and I cannot believe that this kind of behavior would occur in our theater community. Our whole company is in shock. We cannot accept this.

We, however, are undaunted in our desire to present THE TRUTH HAS CHANGED.

We will be running performances of the show at our small rehearsal space in Brooklyn, WOW HAUS, on Saturday and Sunday evenings at 8pm. We can only fit about 50 people into our space, but we wish to honor all ticket holders for our remaining shows AND ANYONE ELSE who wants to come. Free of charge.

We will be looking for theaters to continue the run of this show immediately. We reserve the right to legal action against The Public Theater and the Under The Radar Staff for their actions.

You’d have to work hard at getting thrown out of the Under the Radar Festival at the Public Theater, which still features Fox on their website, hyping him as follows:

THE TRUTH HAS CHANGED traces the arc of misinformation and propaganda in America from 9/11 to Trump. As a reporter and eyewitness on the frontlines of so many of the key moments that have changed this country and changed the world, Josh Fox has many stories to tell. From 9/11 and the Iraq war, to the advent of fracking and the BP Deepwater Horizon oil spill, to the relentless smear campaigns against climate scientists, to the fight for 100% renewable energy, to the 2016 presidential campaign, to Standing Rock, Josh has had a front row seat to history unfolding.

It also included this quote from Rockefeller toady Bill McKibben:

JOSH FOX IS A REMARKABLE HUMAN BEING, AND THE TRUTH HAS CHANGED IS A REMARKABLE DOCUMENT, BRINGING TOGETHER HIS MANY LIVES: ARTIST, TRUTH TELLER, CAMPAIGNER . . . ART IS FOR BREAKING THROUGH NUMBNESS, AND JOSH FOX IS AN ARTIST ABOVE ALL. THAT HIS ART FLOWS FROM FACT, FROM SCIENCE, FROM STUDY MAKES IT NOT DRY AND ACADEMIC BUT IMMEDIATE AND DESPERATE AND NECESSARY.

And, this from New York Times fellow Jason Zinoman:

JOSH FOX IS ONE OF THE MOST ADVENTUROUS IMPRESARIOS OF THE NEW YORK AVANT-GARDE.

So, what do you have to do to get thrown out by people who brought you in because you’re an adventurous avant-garde impresario? He blames it on those us in oil and gas activity, of course, but we’re the last people to have any influence with a Manhattan theater, so that lacks credibility. Then, he resorts to “white supremacy” and anti-Semitism as if the New York theater scene isn’t dominated by white folks, Manhattan was a place where Jewish people weren’t welcomed and he hadn’t accused Israel of genocide for fighting back when attacked by rockets from Gaza.

Nothing about Fox’s excuses ring true, in fact, which makes me think he wasn’t generating any ticket sales at Public Theater and may have wanted to get thrown out as a way to generate a New York Times story. Indeed, I have to suspect this is a repeat of what happened in 2010 when the Playgoer blog offered this:

Was the “Josh Fox” that Jon Stewart had on Monday night the Josh Fox–badboy wunderkind director of the International WOW Company?  Yes, indeed. Good for him. What does a downtown director have to do to get on national tv?  Make an HBO muckraking documentary, of course!

Could, a decade later, with his career in shambles, Josh Fox being doing a repeat by ginning up a muckraking set of charges to grab the attention of the Times? You be the judge.