Long Island and the New York metro area generally are starting to feel the pain of the environmental extremism taken up as policy by the State of New York.

Last month, my Uncle Joe thought he’d found his dream home in the village of Oceanside on Long Island’s south shore. It had the white picket fence, a breezy porch, and — most essentially — a short ride to his grandchildren. The one drawback was that the house lacked a natural gas connection, and as an amateur gourmand and the patriarch of a hungry family, an electric stove just wasn’t going to cut it; nor was he keen on home heating oil.

Before making his offer, he had the foresight to check on the costs and timeframe for a conversion to natural gas. To his shock, National Grid, the regional gas provider, had placed a moratorium on all new gas hookups for both residential and business customers. Grudgingly, he passed on the house. 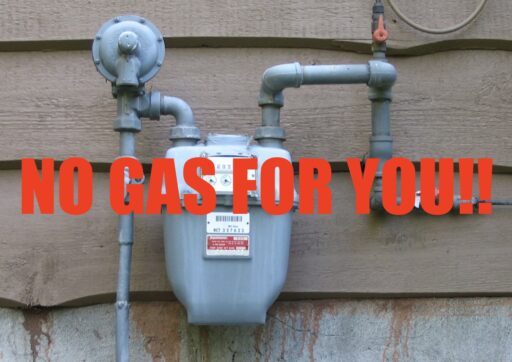 Uncle Joe is not alone; in fact, Long Island is not the only part of the metropolitan New York area subject to a gas crisis. Con Edison, the supplier of gas for the northern suburb of Westchester, had implemented their own suspension of new hookups in 34 out of the county’s 43 towns and subdivisions until they can “align demand with available supply.”

For Long Islanders, the situation is growing quite serious. In Lynbrook, a village just up the road from Oceanside, business owners and local officials have rallied after a series of denied permits, including one restaurateur who cannot use an oven. In Farmingdale, on the opposite side of Nassau County, its mayor raged over $12 million worth of new residential and commercial projects on hold, awaiting gas.

National Grid is not the villain in this horror story. In fact, their work has only helped reduce emissions by switching over 8,000 customers from oil to cleaner natural gas over the past few years. However, they have been warning Gov. Andrew Cuomo and his Department of Environmental Conservation that a failure to approve a new pipeline will result in the company’s inability to provide an adequate supply of gas to the region.

The state’s denial of the Williams Pipeline in May did just that. The plan, which called for a 37-mile partially-submerged pipeline, running near parallel to an existing pipe, connecting New York with the gas fields of Pennsylvania, is temporarily shelved because, as the NY Times paraphrased the environmentalists argument, it would “handcuff New York to fossil fuels and hobble the state’s march towards renewable resources.” Since 2013, no new pipeline had been approved anywhere in the state.

For the Grey Lady, this latest rejection was a “major victory for environmental activists” who had mounted a spirited campaign. For many, it was more evidence of the growing influence of Alexantria Ocasio-Cortez and her Green New Deal-charged fan base in New York. Nonetheless, rational editorial pages, like that of the NY Post, correctly pointed their finger squarely at Andrew Cuomo for the looming crisis.

The Cuomo administration’s environmental policy has always been a slipshod agenda of progressive pandering, but before this, its impact on many average New Yorkers had not been noticed.

In 2014, the Governor banned fracking in New York State, making it one of the only states to do so. This occurred as the state was opening the CPV Valley Energy Center, fueled by natural gas, to power 650,000 homes north of the city; and as the U.S. Census Bureau cited it as being the state with the largest increase in homes using gas. In essence, Cuomo didn’t really stop any fracking, he just moved it to Pennsylvania.

The Governor also brokered a deal to shut the state’s 2,000 megawatt Indian Point nuclear energy center by 2021, leaving customers, at best, with higher energy bills for the foreseeable future. How New York will make up for the loss of power is still unclear. A transmission line from Quebec for 1,000 megawatts has been the victim of repeated delays for over a decade, and at best, will not be operational until 2022. A proposed wind farm in Western New York had met with overwhelming opposition, and is likely dead on arrival; the state’s massive 1,700 megawatt offshore wind projects will likely not see significant power generation for a decade.

With respect to the natural gas shortage, any solution seems far over the horizon. Con Edison believes it can raise its moratorium on its Westchester customers by 2023, only if it is able to make good on new deals to increase the compression ability of existing pipes.

For Uncle Joe and his Long Island neighbors, National Grid says there will be no end in sight until the Cuomo Administration approves the new pipeline.

He is still looking for a new house as I write.

This article, which originally appeared on The Hill website is posted here with the permission of the author. Councilman Joe Borelli is a contributor at The Hill and is also a professor and Lindsay Fellow at the City University of New York’s Institute for State and Local Governance. He was previously a member of the New York State Assembly and its energy committee.