Mariner East pipeline construction is pointing the way to Pennsylvania’s energy future and the sound of it is sweet to the ears of all our workers.

It’s not often that one gets to be a firsthand observer of Pennsylvania’s steady progress toward becoming one of the world’s leaders—perhaps ultimately the leader—in energy production. But that is exactly what is unfolding outside of my apartment on Boot Road, East Goshen Township, Chester County as I take in the sounds and sights of the Mariner East 2 natural gas pipeline construction. 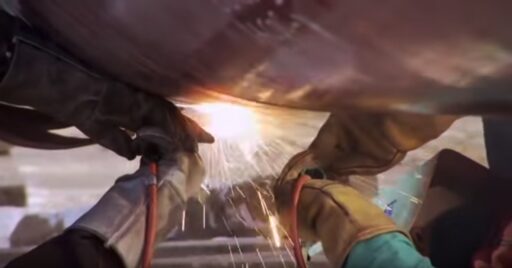 Allow me to set the scene for you:

It is clear to me simply by observing in this one spot and multiplying what I’m seeing over the entire route that the companies carrying out this complex and demanding effort are investing millions of dollars at a staggering rate and employing literally thousands of workers. This huge energy infrastructure project will ultimately extend the entire length of the state, and is slowly growing inch by inch, yard by yard, mile by mile.

At some point this year, the disruption caused by the installation of the pipeline will end and the completed Mariner East 2 will run 350 miles from western Pennsylvania all the way to Marcus Hook, Delaware County on the Delaware River. Our community will return to a condition in which there is no visible indication of the pipeline and the view outside my window will return to more mundane happenings. The grass will grow back and the pipeline will soon be forgotten, much like the original Mariner East pipeline, which follows a similar route and has been in the ground since the 1930s.

But while the pipeline will be out of sight, it is important to remain aware what the project means for Pennsylvania in the long-term. In fact, the end of the installation is only the beginning!

Natural gas produced at sites in Western Pennsylvania will pass through the safest and most advanced series of pipeline lengths in the state. The Mariner East 2 project meets or exceeds federal safety requirements at every level. A 24/7 operations center will constantly monitor and instantly identify any problems and initiate any needed responses and communities through which the pipeline passes have been trained on emergency pipeline response.

While 3,000 workers have been employed during the construction phase of Mariner East 2, the economic effects will be enjoyed long after the project is completed. Three to four hundred full-time workers will be employed as the pipeline enters the operational phase. The pipeline itself will transport up to 250,000 barrels of natural gas per day, boosting Pennsylvania’s economy and helping the United States achieve energy independence.

As world leader in energy, the United States will also be able to bolster our European allies and free them from the dependency of Russian energy sources. This game changer in world politics will play a crucial role in encouraging world peace, lessen international tensions and bolster our NATO alliances.

There is no doubt that there are inconveniences associated with any infrastructure project. As someone living through construction of the Mariner East 2 pipeline I can attest to that more than most. I feel I have become a participant in the process! But the benefits to completing the project are significant and outweigh temporary construction disruptions.

The governor, the General Assembly and the Pennsylvania Department of State all agree and have made it clear they want this project to be completed as safely, efficiently and expeditiously as possible. Pennsylvania’s energy future is bright and will be ushered in with the vivid sights and sounds of developing new energy infrastructure.

This post originally appeared ion PennLive the March 12, 2020 and is reposted here with the permission of the author.

Earl Baker is a former two term Senator (R-19) who chaired the Intergovernmental Affairs Committee and the Labor and Industry Committee.  Prior to the Senate he also served as Commissioner in Chester County for three terms.  Subsequent to his service he was Vice President of Unisys Corporation five years and then another five years as President of Presbyterian Homes.  He is now the Principal of Earl Baker Consulting with clients in business, healthcare and education.  He directs the Executive Leaders Program of the Pennsylvania Business Council and the IMPACT Program of the Pennsylvania Manufacturers Association.  He has authored two books, Heroes & Hypocrites, a book of humorous verse about politics and politicians, and Run To Win! A how to book on running successfully for local and state office.  Both are available on his website earlbaker.com.