National Grid Makes the Case for NESE, Again, with Emphasis

Yes, NESE is very much alive, and National Grid has assembled one heck of case for it with a new report that lays the groundwork for state approvals.

Last month, I noted that “If you NESE was dead and all we’d ever see is a corpse on the New Jersey shore, you were wrong. The project is very much alive and again in front of NJ-DEP.” Now, we learn it’s very alive in New York as well. National Grid, the New York metro area gas utility, is conducting virtual hearings, in fact, to generate public input that can be submitted to the state’s Public Service Commission. It has also produced a lengthy report documenting why the NESE pipeline project is undeniably necessary unless you’re a true denier of green giant proportions. 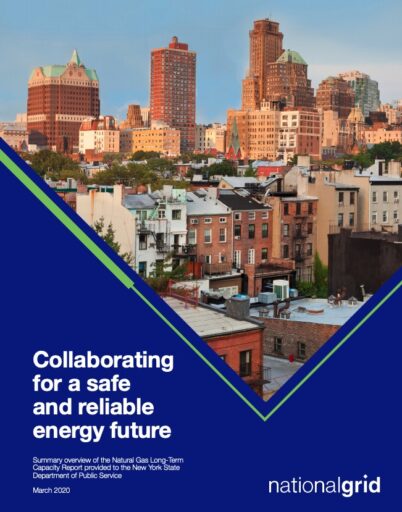 Before getting into that report and the virtual hearings (two of which are yet to happen), let reflect a little further back to something I wrote back in November (“National Grid and Cuomo Settle Moratorium; Who Blinked?”) when everyone was saying Governor Corruptocrat had won his stare-down with National Grid:

According to Newsday, a politically correct news organ if there ever was one, Andrew Cuomo and National Grid have agreed to lift the Long Island moratorium on natural gas hookups. One unfamiliar with the Machiavellian ways of Governor Corruptocrat could be forgiven for wondering who blinked. Skilled New York political observers, though, will see through the whole thing. Indeed, the fact both Newsday and the ever green New York Times are crafting the story to make one wonder tells us exactly who won this one…

Take a close look at what Cuomo says and ask yourself if these bombastic statements aren’t another case of someone saying too much and being too determined to veil the facts and pretend he’s won. Does a real winner need to go to such lengths to proclaim it? No, the first rule of winning is to say nothing  and let the facts speak for themselves. Cuomo is doing the opposite. He’s the great deceiver and pretender. He was caught with his pants down and needed to end the moratorium more than the international firm National Grid needed this troublesome franchise.

Everything about the deal, in fact, is simply several coats of paint of various colors intended to mislead those willing to be deceived. Doubt me?

… [Cuomo says it’s] complicated and not easy, and we need to present other options but no one should think a pipeline is inevitable. That’s political speak for not having any real choice but to approve the pipeline and simply practicing to deceive those willing to believe Cuomo gives a damn about anything other than getting out of this mess while protecting his green credentials. The villains will be the heretofore subservient, but now suddenly and usefully “independent,” DEC and the hacks at the PSC who are doing what they’re told and wearing their scarlet letters.

I began to doubt myself after writing that when Williams withdrew their NESE application to the New York State DEC for water quality certification and went quiet. But, then, after a respectable three months went by, NESE remerged from the depths in New Jersey and now National Grid is making a big push again with virtual hearings on a comprehensive study that proves beyond a doubt NESE is desperately needed and soon, with a view toward submitting to a PSC still wearing that scarlet letter. I won’t say I told you so, but let me relate some of the facts National Grid has shared:

The NESE pipeline project, by contrast, would contribute the full 400 MDth/day of added capacity at a cost of $1.83 billion, with minimal environmental impact from construction (see Environmental Impact Statement) as well as ongoing operations and 10–15% lower greenhouse as emissions than any of the LNG solutions. No other combination of options to get to 400 MDth/day of added capacity comes close in terms of overall lack of impact or economic efficiency.

It’s very interesting isn’t it? The NESE project truly makes the most sense and, if you agree, you should think about participating in the virtual hearings at 6 PM tonight, on Monday, Match 30th or Tuesday, March 31st. You can also submit a survey response or give your opinion directly to the state, all of which would be very helpful in bringing NESE all back to the surface! Do it now, in fact!