It Doesn’t Fit, So You Must Quit

Pennsylvania’s Department of Conservation and Natural Resources just spent your tax dollars for a junk science study documenting that some uppity recreationists don’t think shale gas development fits their idea of a what their playground should look like:

Researchers at the University of New Hampshire took a closer look at one of these industries, shale natural gas energy development (SGD), and how it is affecting the experiences of outdoor recreationists, like hikers and campers. They found a significant number of recreationists encountered SGD-related activities and a smaller number even changed their outdoor recreation behaviors or experiences as a result of encountering SGD… 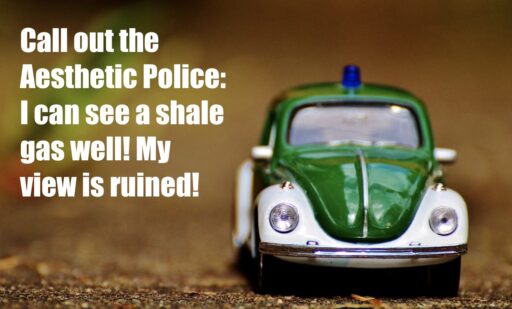 In the study, recently published in the Journal of Outdoor Recreation and Tourism, the researchers from UNH and Penn State University examined more closely the factors that may impact recreationists in Pennsylvania. They found that 12.3% of Pennsylvania outdoor recreationists were substantially impacted by SGD activities, especially in areas were SGD was most prominent (North Central and Southwest, Pennsylvania). 13.8% of respondents ended up changing their plans, avoided a certain area, or no longer traveled to the state to enjoy outdoor activities. The largest group, 23.8%, encountered some form of SGD activity including actual well sites, heavy truck traffic, pipelines, or SGD workers. Overall, the study authors say the findings suggest that a certain sub-population of recreationists sometimes altered their outdoor recreation plans because they perceived a lack of ‘fit’ between the SGD and the parks and protected areas of Pennsylvania.

If this doesn’t make you angry, I don’t know what will. We’re spending tax dollars on this crap? It’s as disgusting as it gets. As if the aesthetic values of visitors should take priority over energy, jobs and reducing emissions. As if tourism isn’t growing in shale regions. What a cruel joke and it’s not the first time we’ve seen elitism rear its ugly head on this subject. An awful lot of what poses as environmentalism is simply elitism, in fact, especially at DCNR.

Natural Gas Exports Are Giving US a Key Edge

Exports are good for us? Who knew?

According to a new report published by the International Energy Agency, the United States could become the world’s largest exporter of liquefied natural gas as soon as 2024. 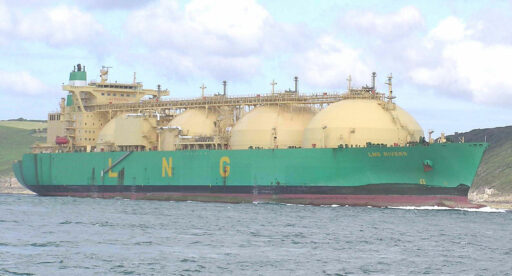 Before the shale revolution, it appeared as though the U.S. would become a massive natural gas importer…

However, smart extraction technologies created an economic boom and catapulted the U.S. to be the world’s largest natural gas producer for more than a decade. Last year, the U.S. produced more natural gas than the entire Middle East combined.

The industry is expected to support 3 million jobs by next year. This new energy market will also contribute $62 billion in federal and state tax revenues in gas-producing states.

The future of natural gas looks bright and exports of the stuff are going to become more and more important to our own energy security and our economy.

Something to Cheer About at the DRBC!!!

This statement from the Coalition for the Delaware River Watershed says it all:

Collectively, the states’ funding shortfall for fiscal year 2020 totals $1,142,500, yet the states are relying on the Commission to ensure the future of the Delaware River. This shortchanging of the DRBC impacts the commission’s ability to hire staff, conduct monitoring, and advance vital research that provides the scientific basis for water quality protections and flow management. 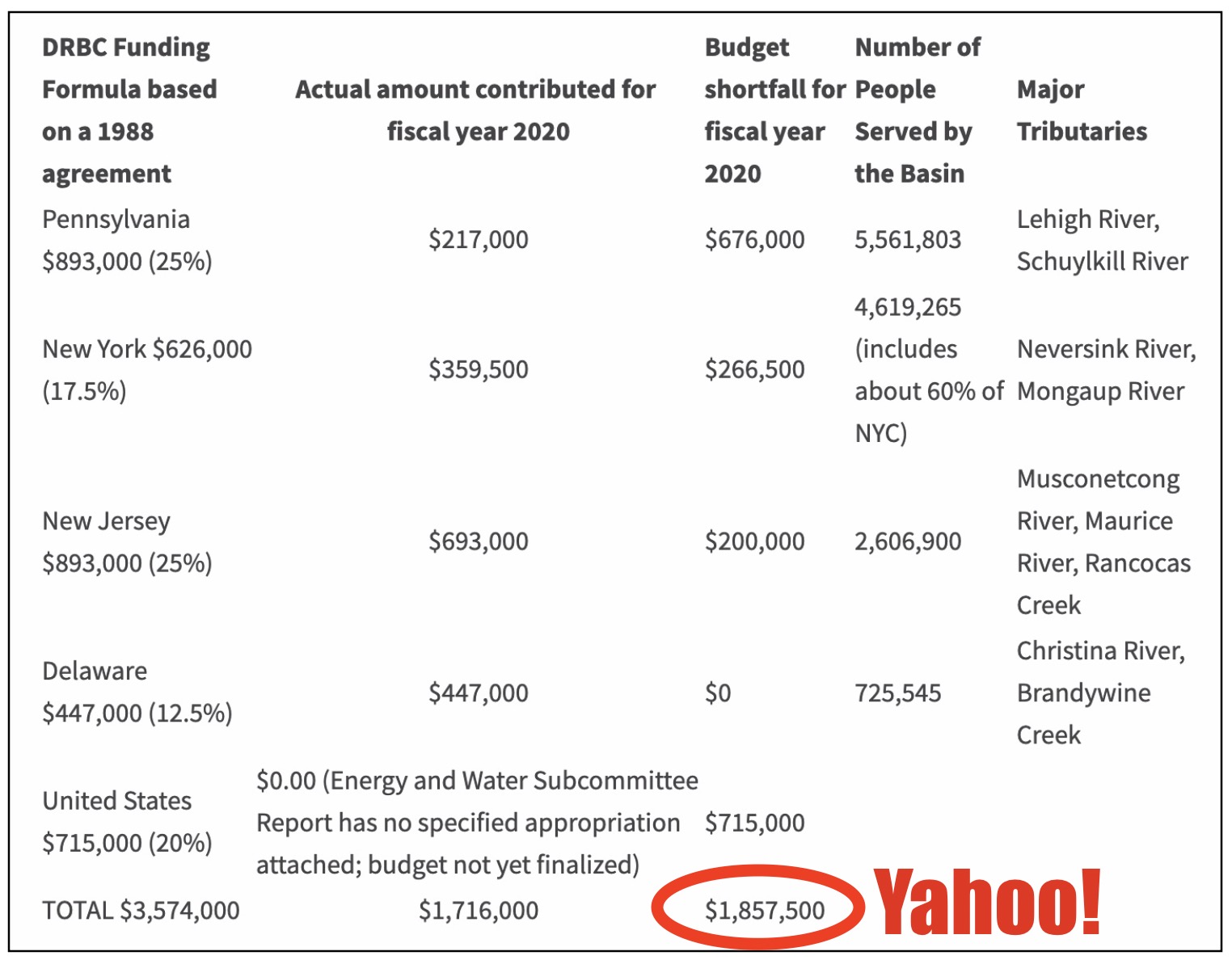 We’re disappointed and frustrated that after placing Pennsylvania’s full member contribution to the DRBC in his budget – the sum of $893,000 – and just weeks after pledging alongside the Governors of New Jersey and Delaware to support the Commission, Governor Wolf of Pennsylvania signed into law a fiscal year 2020 budget that provides less than 25% of the Commonwealth’s agreed upon contribution to the DRBC. This is all the more bewildering, considering that more than 43% of Pennsylvanians reside in the Basin, and that the Commonwealth comprises more than 50% of the Basin’s land area.

The only thing that could be better would be a zeroing out of all funding for this politically corrupt agency. Perhaps if the organizations in this coalition weren’t pressuring Governor Wolf to adopt blatantly obvious anti-gas positions having zero to do with water quality in the basin (e.g. discriminatory prohibitions on export of water), the DRBC wouldn’t be facing this problem. And, perhaps Governor Wolf, you should take a lesson from this; no matter how much you attempt to appease the extremists they’re never happy, so forget about them.