Some wisdom from Joseph Borelli, the minority whip of the New York City Council:

National Grid is not the villain in this horror story. In fact, their work has only helped reduce emissions by switching over 8,000 customers from oil to cleaner natural gas over the past few years. However, they have been warning Gov. Andrew Cuomo and his Department of Environmental Conservation that a failure to approve a new pipeline will result in the company’s inability to provide an adequate supply of gas to the region. 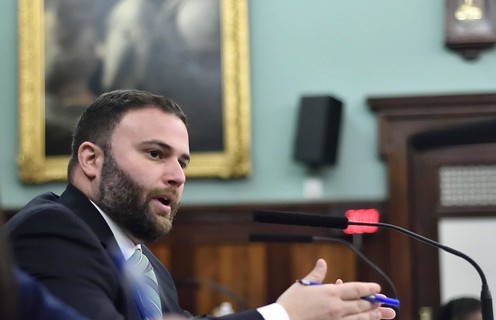 NYC Council member Joe Borelli, who exposes Andrew Cuomo’s (and the New York Times’) energy policies for the disaster they are.

The state’s denial of the Williams Pipeline in May did just that. The plan, which called for a 37-mile partially-submerged pipeline, running near parallel to an existing pipe, connecting New York with the gas fields of Pennsylvania, is temporarily shelved because, as the NY Times paraphrased the environmentalists argument, it would “handcuff New York to fossil fuels and hobble the state’s march towards renewable resources.” Since 2013, no new pipeline had been approved anywhere in the state.

For the Grey Lady, this latest rejection was a “major victory for environmental activists” who had mounted a spirited campaign. For many, it was more evidence of the growing influence of Alexantria Ocasio-Cortez and her Green New Deal-charged fan base in New York. Nonetheless, rational editorial pages, like that of the NY Post, correctly pointed their finger squarely at Andrew Cuomo for the looming crisis.

The Cuomo administration’s environmental policy has always been a slipshod agenda of progressive pandering, but before this, its impact on many average New Yorkers had not been noticed.

In 2014, the Governor banned fracking in New York State, making it one of the only states to do so. This occurred as the state was opening the CPV Valley Energy Center, fueled by natural gas, to power 650,000 homes north of the city; and as the U.S. Census Bureau cited it as being the state with the largest increase in homes using gas. In essence, Cuomo didn’t really stop any fracking, he just moved it to Pennsylvania.

The Governor also brokered a deal to shut the state’s 2,000 megawatt Indian Point nuclear energy center by 2021, leaving customers, at best, with higher energy bills for the foreseeable future. How New York will make up for the loss of power is still unclear. A transmission line from Quebec for 1,000 megawatts has been the victim of repeated delays for over a decade, and at best, will not be operational until 2022. A proposed wind farm in Western New York had met with overwhelming opposition, and is likely dead on arrival; the state’s massive 1,700 megawatt offshore wind projects will likely not see significant power generation for a decade.

Can’t say it any better than this. Long Island needs natural gas now!

It wasn’t supposed to be this way. Georgetown, Texas – population 75,000 – was to be the new poster child of the green movement…

Last October, while the green dream was still in full flower, the city applied for a $1 million grant from former New York City Mayor Michael Bloomberg’s nonprofit, Bloomberg Philanthropies, and won it.

Ostensibly to be used for energy storage innovation in batteries, the grant’s only real requirement was that the city serve as a public relations platform in Bloomberg’s push to convince Americas to abandon affordable fossil fuels and switch to more costly renewable energy.

Trouble started when politicians’ promise of cheaper renewable energy was mugged by reality.

Georgetown’s electric bills went up as more wind and solar power displaced cheaper natural gas in the power portfolio of the Georgetown’s municipal utility. Politicians scrambled for cover. And the bloom came off Georgetown’s renewable rose.

Now, largely embarrassed members of the City Council are trying to figure out how to unwind the renewable mess they and their predecessors voted themselves into.

With their municipal utility facing a $7 million shortfall – money that has to be made up by the city residents through higher electricity costs – the City Council voted 5-1 in July to instruct the staff to figure out how to wriggle out of the Bloomberg PR deal. 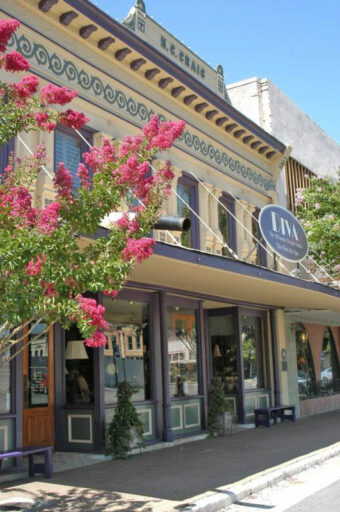 Downtown Georgetown is quite trendy and perhaps that explains everything.

On Aug. 13 the Council voted 5-0 to officially kill the deal. The city is also raising property taxes…

As part of the Bloomberg agreement, Georgetown was going to hire a new bureaucrat to oversee the installation of solar panels on homes, while creating a battery storage farm to keep the grid energized when the sun wasn’t shining and the wind wasn’t blowing…

In Georgetown’s case, for it to truly go 100 percent renewable energy using today’s state-of-the-art mass-produced batteries from Tesla’s Gigafactory, the city would need a $400 million battery farm weighing some 20,000 tons to avoid a blackout on a quiet winter night. And, after spending $15,600 for each household to build such a battery farm, its backup power would be drained in 12 hours, with a second windless winter night leaving residents shivering in the dark.

Why do communities keep falling for this stuff? Because political correctness trumps public interest some places; too many, in fact. That’s why too many are in need of natural gas now.

Meanwhile Europe Fails Miserably As U.S. Gets It Done

The incomparable Robert Bryce reports this as the recent G-7 meeting in Europe fades into history as yet another meaningless political event: 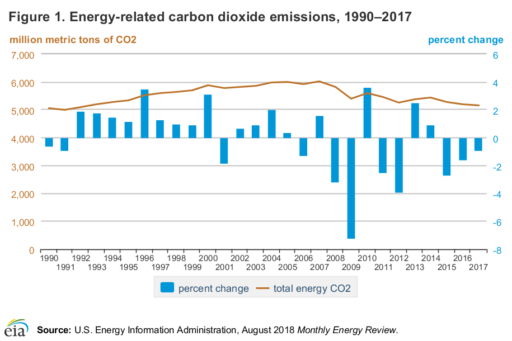 Furthermore, the reductions in U.S. emissions were largely due not to government mandates but to the shale revolution. Over the past decade, thanks to hydraulic fracturing and horizontal drilling, domestic natural-gas production has nearly doubled. The surge in production has encouraged U.S. electricity producers to shutter coal plants and replace them with ones fueled by natural gas. The result is that in 2018, U.S. coal consumption was at its lowest level since the 1970s. It appears that domestic coal consumption will continue falling over the next few years as lower-cost gas continues to displace coal.

The other dynamic at play at the G-7 is that the U.S. has become a major supplier of liquefied natural gas to dozens of countries around the world. According to the latest data from the Energy Information Administration, Japan is now the third-largest buyer of U.S. LNG. The U.K., France, and Italy are among more than 30 countries that have purchased LNG cargoes from U.S. suppliers this year.

Further, as the U.S. has boosted its LNG exports, the global price for LNG has fallen, making the fuel more competitive against coal in Asia. The result is that American natural gas is helping Japan reduce the amount of coal it burns for electricity production, which is helping cut Japan’s greenhouse-gas emissions. Increasing the use of natural gas around the world, along with more deployment of nuclear energy, should be a key strategy in rich and poor countries alike to help reduce emissions and improve living standards.

This is common sense. This is reality as compared to some ridiculous green new deal fantasy put forth by rent-seeking hedge fund scammers, politicians seeking power and useful idiot spoiled kids and trust-funders. May it prevail. Natural gas now!