This is a great read, sent to us by one of our readers:

Environmentalists concerned about the deleterious effects of increased fossil-fuel production should be elated by the fact that their fears have not been borne out. Despite the radical increase in domestic energy production, the United States produces less carbon dioxide from power generation than it did in 1985. Even as the population expands and the country’s gross national product grows, America’s new reliance on abundant, cleaner-burning natural gas has helped reduce the pollution that would have once been the by-product of satisfying America’s energy needs. 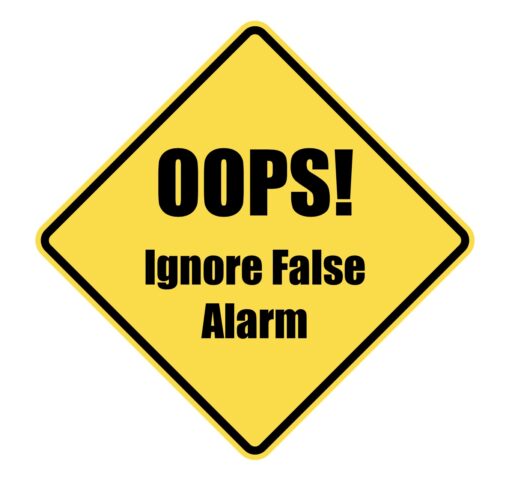 In 2009, as world leaders prepared to descend on Copenhagen for a global climate summit, an anonymous whistleblower from within the International Energy Agency sent shockwaves through the international energy community with the revelation that global oil production would soon enter terminal decline. The world, he reported, had already reached “peak oil.” This was not so much false as it was a demonstration of why straight-line projections are almost always fallacious. The period of geopolitical flux that fracking has unleashed will present its own set of challenges in the next decade, but America will meet them from a renewed position of strength and independence. If the energy revolution of the 2010s has made anything clear, it is that it’s never wise to underestimate Americans’ ability to engineer a better future for themselves.

The Adelphia Gateway project will convert 50 miles of an existing 84-mile pipeline from oil to natural gas. The northern 34 miles of the pipeline were previously converted to deliver natural gas in 1996. 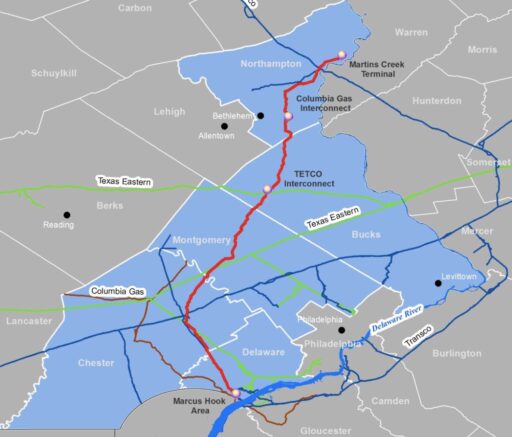 After the purchase of Interstate Energy Company and the existing pipeline from Talen Generation, LLC are finalized, the northern zone will continue to operate to serve two natural gas-fired generation facilities in Lower Mount Bethel Township, PA. Once all the necessary regulatory approvals are obtained, work to convert the lower 50 miles of the pipeline from oil to natural gas will begin.

Adelphia Gateway currently expects work to be complete and the project to be placed into service in 2020.The natural gas supply delivered through the Adelphia Gateway pipeline will serve customers in the Greater Philadelphia area and is estimated to provide economic benefits of approximately $677 million over the first 15 years it is in service.

And, our fractivist friends lose another one!

What a beautiful thing this decision from the Second Circuit Court of Appeals in New York is: 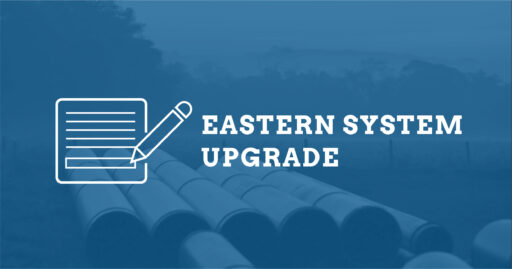 In the circumstances presented, we conclude that the petition for review is moot because the coverage under the general permit that is being challenged is no longer required. As the Department stated, final stabilization of the project was achieved in August 2019 and termination of coverage is complete. Accordingly, a rescission of the coverage would not give Petitioners any meaningful prospective relief for their asserted injuries as a result of the “construction and operation of the [Upgrade] Project.”

Nor does the petition for review implicate the exception to the doctrine of mootness for cases that are capable of repetition, yet evading review. Petitioners failed to satisfy their burden of showing that: (1) the challenged action of granting coverage under a general permit without notice and comment is “in its duration too short to be fully litigated prior to its cessation or expiration,” and (2) there is a “reasonable expectation that [Petitioners] will be subject to the same action again.”

…Not only is the coverage under the general permit no longer required, but also the underlying general permit, which has been in effect since 2015, will expire in January 2020. Therefore, the “expectation of repetition” in this case is nothing more than speculation.

Because we agree with Millennium and the Department that the petition for review is moot, we do not address the remaining grounds asserted for dismissal or denial of the petition.

So, why is that the William Penn Foundation keeps wasting money on these people?

Mark Levin didn’t call him “the dumbest man in the Senate” for nothing. His recent debate answer:

“The answer’s yes,” Biden said when asked about the issue by Politico’s Tim Alberta. “We should, in fact, be making sure right now that every new building built is energy contained, that it doesn’t leak energy, that in fact, we should be providing tax credits for people to be able to make their homes turn to solar power. They’re all kinds of folks — right here in California, we’re now on the verge of having batteries that are about the size of the top of this podium that you can store energy when in fact the wind isn’t blowing and the sun isn’t shining. We have enormous opportunities.”

Really, Joe, really? You believe that crap? Consider this from Payscale.com:

And, then there is the latest 2019 data from the U.S. Bureau of Labor Statistics: 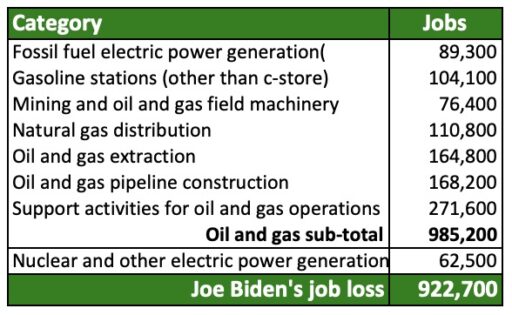 Trade 985,200 oil and natural gas jobs (without even considering many categories) for some portion of the 62,500 jobs in nuclear and renewable energy? Yeah, that’ll work well. Mark Levin pegged this guy correctly.