A good friend shared this video parody of a Tesla promotion, which is full of insights into the minds of the trendy trust-funders who we see taking our subsidies to signal their virtues:

Yes, it’s all about moral preening without sacrificing anything. Want to truly signal your virtue? Invest in a CNG pickup that will cost you a bit more, but make a real difference and even give you a payback if you hang on to the vehicle beyond the point it’s still trendy! Natural gas is the fuel for honest drivers.

There’s not much of anything worse than a demagogic officer of the law who looks upon his job as a political opportunity and that’s what has happened in Chester County:

In his final attempt to torpedo Pennsylvania’s Mariner East II Pipeline, now-former Chester County District Attorney Thomas Hogan filed criminal charges last month against security contractors hired to secure pipeline construction sites. Sadly, the accusations are merely another publicity stunt in the DA’s crusade to upend the permitted project rather than an honest effort to serve the public. Pennsylvanians deserve better than this kind of gamesmanship that puts political agendas ahead of residents’ welfare.

The charges accuse several security personnel employed by Mariner East of paying state constables to provide security for the pipeline during construction. The constables’ authority, Mr. Hogan alleges, was used as a “weapon” to “intimidate citizens.” But the facts of the situation tell a different story—one that when coupled with the DA’s record of claims against the Mariner East point a finger back at Mr. Hogan for politicizing his public office… 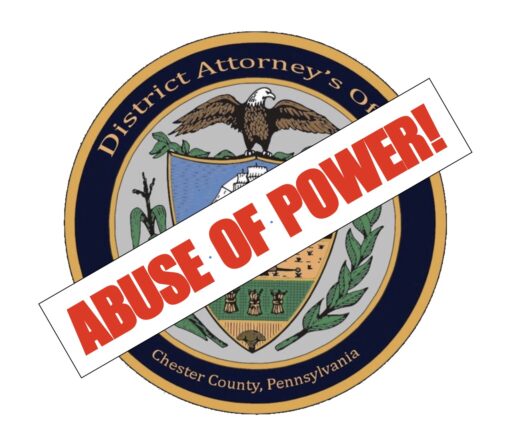 Pipelines have become targets for environmental extremists, and reports of sabotage and other criminal activities against energy infrastructure have grown in recent years. In fact, one disgruntled Central Pennsylvania landowner even lured bears to pipeline work sites, set fires near equipment, and harassed workers in an unlawful attempt to halt the pipeline. Another group admitted to sabotaging equipment in Southeast Pennsylvania. It’s a sad reality that pipeline operators often need extra security to prevent senseless attacks, and based on past criminal activity, it’s necessary for the Mariner East builders to take additional precautions…

It’s impossible to reconcile the precautions taken to add extra security around the Mariner East Pipeline with the charges now being leveled. Instead, the evidence points to a pattern of abuse of public office to wage an ideological campaign against midstream energy infrastructure. Mr. Hogan has criticized Mariner East of environmental crimes and has promised that other charges are “coming down the line.”

…The DA’s attacks against the Mariner East Pipeline seem to peel back the true motives behind these latest charges—which are to derail energy infrastructure deployment in Pennsylvania. But these accusations are too serious for residents to accept as politics as usual.

Agreed, but this seems to be the template today with urban politicians such as Hogan, Pennsylvania’s Attorney General and others like them who have been fruitlessly suing ExxonMobil as a favor to the NRDC gang, especially when it comes to clean, inexpensive, unsubsidized natural gas that threatens the green eggs and scam activities of their supporters.

Jim Willis and the Marcellus Drilling News are invaluable. He monitors what’s happening on the financial side of the drilling business with great insight as to the practical impacts. A few weeks he reported on some “water cooler talk” we both heard about the NESE and Constitution Pipeline projects being dead due to Governor Corruptocrat’s political games. But, the day before yesterday, we learned reports of NESE’s death were greatly exaggerated, but then came a call yesterday from a free-lance reporter and Jim’s analysis of a Williams financial report saying the company had written down its Constitution Pipeline investment, both suggesting the natural gas pipeline was, in fact, dead. Here is what the Williams report said:

Fourth-quarter and full-year 2019 modified EBITDA were negatively impacted by a $354 million impairment of the Constitution Pipeline project, of which Williams’ 41% share was $145 million…

Our partners’ $209 million share of the fourth-quarter 2019 impairment of the Constitution pipeline project is reflected outside of Modified EBITDA within Net loss attributable to noncontrolling interests.

It’s not precisely clear what this means, but it does suggest Williams may have given up on the project. Then again, we thought that about NESE, too. One of our readers emailed me to say “In case you have heard already, the incompetent clowns at Williams screwed us big time again.” I hope that’s not true, because, as we know, Williams has all but won the battle against New York in court and to drop the project now would be insane. Williams handled the Constitution horribly at the outset and was used and abused by Cuomo, but seemed to learn over time that the man respects nothing but power. Now is the time to crush him unmercifully.

Not doing this will only invite more pipeline obstruction elsewhere. That’s the key point here. When the gas industry failed to fight Cuomo’s fracking ban in 2014 it invited bans elsewhere and trouble everywhere. New York, like or not, economics or not, is the front and the enemy must be engaged at the front. Let’s hope Williams is simply writing off some capital investments and not abandoning Upstate, New England and its own future. Make no mistake, that’s what’s on the line and the sort of short-term thinking all too common in corporate circles is a perilous course indeed.

One sign of hope, by the way, is this from the earnings call transcript:

Danilo Juvane Gotcha. I guess, my next question is for John. To the extent that you did have some impairments during the fourth quarter, any details on how much that impacts DD&A going forward?

John Chandler. Yes. So the biggest impairment we had in the fourth quarter was on Constitution. We weren’t appreciating that at this point since it’s in construction. So that won’t really have an impact on our depreciation calcs.

“Since it’s in construction” Hmmm…

New York State Is the No. 1 State Americans Don’t Want To Live In!

Andy, you’re making a paradise for the NRDC gang by emptying out Upstate and turning it into a wilderness:

According to a study conducted by Zippia, New York State ranks as the number one state Americans don’t want to live in. 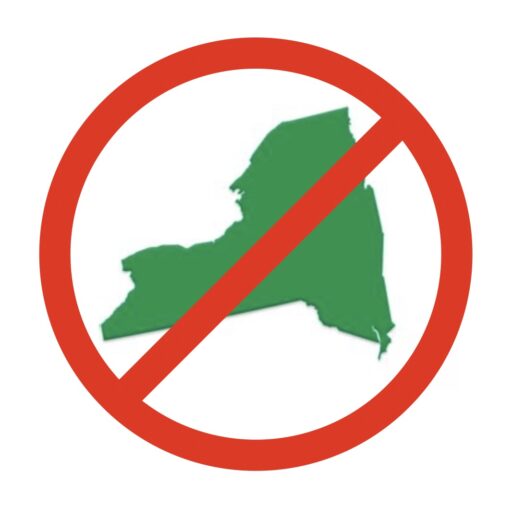 New York has fastest decreasing population in the country.

According to WIVB, New York State’s population has decreased nearly 80,000 over the past year.

The top places New York residents are leaving for are:

New York has lost 1.4 million residents to other states since 2010.

There’s nothing else to say, is there? No natural gas, no development, no interest and no future.