Governor Corruptocrat is forcing $33 billion of green eggs and scam down the throats of Upstate New Yorkers, while squeezing out natural gas infrastructure:

If you live in New York, you’re governed by a megalomanic mad man.

Wind Turbine Blades Can’t Be Recycled, So They’re Piling Up in Landfills

This isn’t a new story, but the fact wind energy, like every other other form, has its own unique set of problems, is getting some new and much overdue attention:

Tens of thousands of aging blades are coming down from steel towers around the world and most have nowhere to go but landfills. In the U.S. alone, about 8,000 will be removed in each of the next four years. Europe, which has been dealing with the problem longer, has about 3,800 coming down annually through at least 2022, according to BloombergNEF. It’s going to get worse: Most were built more than a decade ago, when installations were less than a fifth of what they are now. 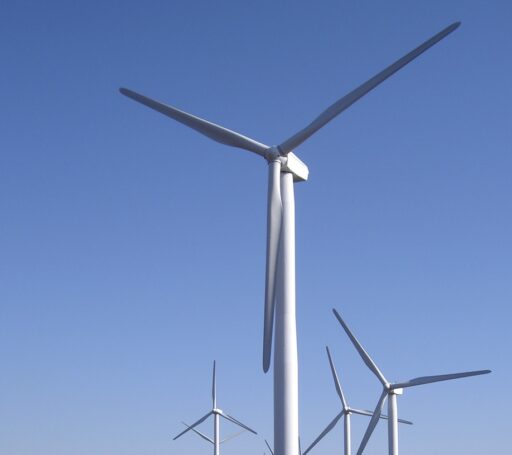 Built to withstand hurricane-force winds, the blades can’t easily be crushed, recycled or repurposed. That’s created an urgent search for alternatives in places that lack wide-open prairies. In the U.S., they go to the handful of landfills that accept them, in Lake Mills, Iowa; Sioux Falls, South Dakota; and Casper, where they will be interred in stacks that reach 30 feet under.

“The wind turbine blade will be there, ultimately, forever,” said Bob Cappadona, chief operating officer for the North American unit of Paris-based Veolia Environnement SA, which is searching for better ways to deal with the massive waste.

The fact this news comes from Bloomberg also speaks volumes.

Not infrequently, perception has little or no connection to reality, and a new study of fractivist claims in several shale basins, demonstrates this nicely:

The increased societal monitoring of unconventional oil and gas development (UD) has brought forth tremendous scrutiny over the environmental stewardship and subsequent public health impacts of surface and sub-surface activities. Concerns over groundwater quality in shale energy basins have prompted concerned citizens into monitoring UD activities for a series of qualitative parameters, and even coordinating sampling efforts for chemical analysis. Here we present a list of analytical parameters, hierarchically structured to guide concerned citizens through an efficient and cost-effective monitoring program.

Utilizing this multi-step testing regime, we assessed groundwater quality from 36 private water wells involved in 19 anecdotal claims of alleged UD-related contamination across the Barnett, Eagle Ford, Haynesville, and Marcellus Shale formations in the United States. Our analytical findings aligned with the landowners’ accounts of their situation in only 5 of the 36 collected samples, with several cases revealing environmental abnormalities that were unbeknownst to the landowners but likely unrelated to UD activities.

You don’t say? As if those of us who’ve watched fractivists for years didn’t already know this. This will mean nothing to fractivists, though, who, like Jim Carrey, will interpret the study to say they “still have a chance.” mEanwhile, natural gas will keep cleaning the air, saving money and reviving rural America.

No Green Before Its Time!

Our poet, Aaron Price, reflects on green energy and it’s all about the timing:

On one autumn night
Many thoughts came to me
As I thought of the future
And what the future,
Or futures could be.

And now I give those thoughts
I had to you.
Think not of me,

But of the future,
And what the future
Might lead you to.

“I see a Puritan Green
Full of malice and spite,
Afraid Rich Green
Can’t have a palace
Or Poor Green
Turn on too many lights.

I see a Green future where
The use of coal is forbidden.
But Green fails,
So the coal that is used
Must stay strictly hidden.”

“I see a Green future in
Which Green lies and deceives.
Because Green becomes a faith,
Not a technology.
Think of what the world would be
Like for you and yours
If Green goes that way,
Where Green must control
What you do and what you say.” 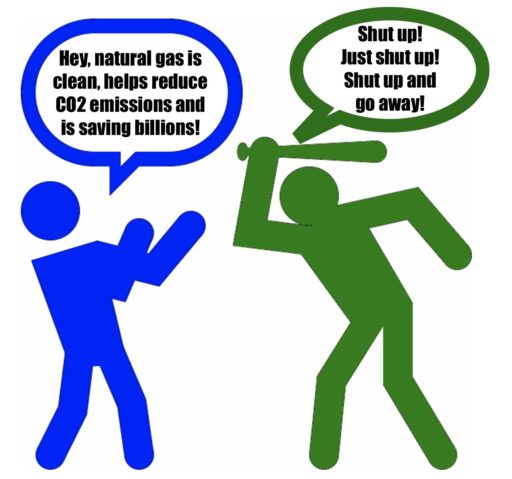 “All creation in the Greatest Dream
Works as one!
And if we do what we are supposed
To do in the end
We are all Number One.”

So now we step
From the future to the present.
And we deal with things as they are,
Not as they might be,
And that is a true pleasure.
Today the turbines, just like the trains,
Can run on time.

And we only let Green win
When Green is right,
And on our side.

Sounds about right, doesn’t it?