Let’s Go Back to Calling It Global Warming?

I’ve always tried to call it global warming because that’s what green new deal types mean, even though they long ago adopted “climate change” as cover for inconvenient facts. But, now, incredibly enough, some want to go the other direction again:

As scientific terms go, “climate change” is lame. It sounds like something created by committee. And it’s hard to understand as a crisis when we also hear scientists talking about ice ages and other natural changes to the climate happening throughout earth’s history. “Global warming” is something people have worried about for years, though. It’s essentially another term for the same thing, but conveys a planet-wide danger… 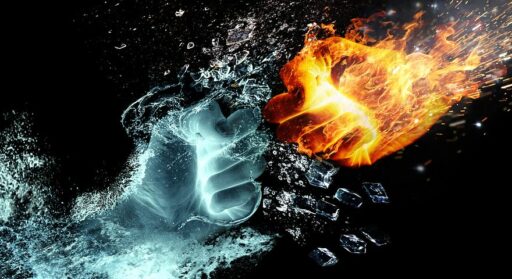 But the term “climate change” also caught on among scientists, who have argued that it’s more encompassing, including all the side effects of the carbon dioxide buildup — not only warming, but also changes in rainfall patterns, sea level rise, more dangerous storms, floods and droughts. Seen that way, “climate change” should be the scarier term, but ironically, the Yale/George Mason survey found non-scientists had the opposite reaction — global warming carried a much stronger suggestion of potential catastrophe.

JoNova captures the idiocy of all this with her beautiful analysis:

“Climate change” is far too useful for the scaremongers to give up, and next week when the blizzards strike, or the floods come, Global Warming will be quietly packed away again.

The JoNova blog, indeed, is always a great place to go when you want some sarcastic relief from the pompous bleating of the sell-important green new deal set. Check her out. She also likes natural gas.

Some things just keep getting better:

In its Short-Term Energy Outlook (STEO), released on January 14, the U.S. Energy Information Administration (EIA) forecasts that U.S. natural gas exports will exceed natural gas imports by an average 7.3 billion cubic feet per day (Bcf/d) in 2020 (2.0 Bcf/d higher than in 2019) and 8.9 Bcf/d in 2021. Growth in U.S. net exports is led primarily by increases in liquefied natural gas (LNG) exports and pipeline exports to Mexico. Net natural gas exports more than doubled in 2019, compared with 2018, and EIA expects that they will almost double again by 2021 from 2019 levels.

In 2019, growth in demand for U.S. natural gas exports exceeded growth in natural gas consumption in the U.S. electric power sector. Natural gas deliveries to U.S. LNG export facilities and by pipeline to Mexico accounted for 12% of dry natural gas production in 2019. EIA forecasts these deliveries to account for an increasingly larger share through 2021 as new LNG facilities are placed in service and new pipelines in Mexico that connect to U.S. export pipelines begin operations.

Trade makes the world go around and has helped Susquehanna County, Pennsylvania grow its economy by more than three times that of Broome County, New York, where a corrupt governor prevents its benefits from accruing.

As one of our readers notes, this is Governor Cuomo’s idea of safe energy. It’s also his (Cuomo’s) solution to New York’s energy needs and the Southern Tier economic crisis:

A blade partially broke off one of the wind turbines at a Steuben County wind farm on Jan. 17, causing concern among residents in town…

Town Supervisor Judy Hall said there are three turbines in that area of Pine Hill Road, with three homes in the vicinity as well… 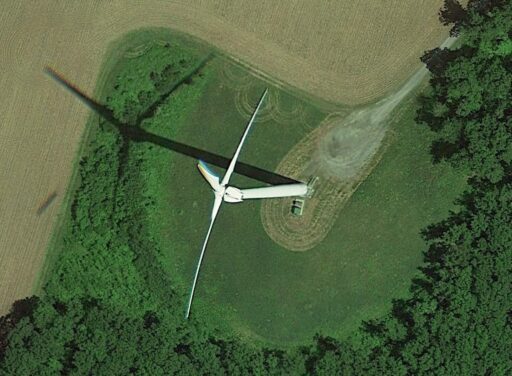 One of the wind towers in North Cohocton

The narrow half of one of the three blades fell to the ground. Hall said some debris fell in a nearby wooded area. She said talks with a former wind company employee indicated the blade was likely spinning at the time of the failure…

“A number of the turbines are not working at all anymore,” Hall said. “They’re offline and they’re looking (to) re-power them, put new nacelles and blades on them. We know there are numerous blades that have problems.”

The incident happened as other wind power projects are in the planning stages in the Southern Tier of New York.

A Landowner and His Land

When a landowner looks at his land,

He sees more than the land:

He sees his own personal history reflected.

Here are the trees he planted,

There, the ground he cleared for a garden.

On that spot, his son stood as he learned

To hunt as a boy.

And here is where often the landowner pauses,

And reflects how good it all is.

But in a way they have.

Often I will look out towards a nearby hill

And imagine there’s a rig drilling

A gas well on it.

I wish that rig and that well were real.

Because there’s something missing from the land.

Think of all the good you’ve given to your property;

And there are so few things materially

It can give back to you.

Then with the same enthusiasm

That you had when you first bought your land,

Go to work for change in Albany.

Nice work, Aaron! And, let me add that means more than throwing the bums out; it means making a whole lot of noise and taking the bums to Federal court.