The American Petroleum Institute (API) has reversed its long-held opposition to putting a price on carbon emissions, endorsing the approach among other measures that the leading US oil and natural gas industry group says will address the risks of climate change while meeting global energy needs.

The API released its climate action framework, which includes advocating a carbon price, less than an hour before the Interior Department convened a virtual forum today to gather information from the industry and environmental activists before it finalizes changes to the federal oil and gas development program it has largely put on pause… 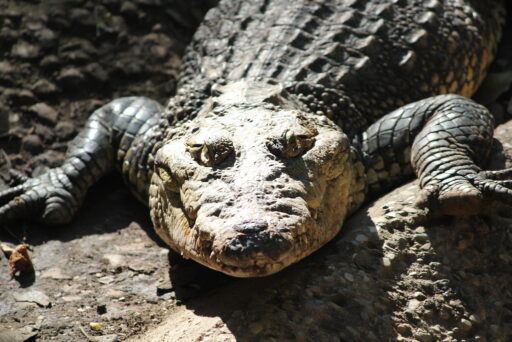 “What we are advocating for here is that the API and our member companies will continue to make significant investments to make our future cleaner,” API president Mike Sommers said. “And second, we know that government is going to have to play a role on these important programs,” including carbon capture and sequestration, he said.

The API says it is not advocating a specific price on carbon or a mechanism. “What we are advocating for is a market based approach,” Sommers said. “It could encompass an economy-wide transparent price, like a carbon tax, or it could include a cap on emissions, like a cap-and-trade program.”

Supporting a carbon price is a remarkable reversal for the US’ main oil lobbying group, which has torpedoed past attempts at climate legislation. But US majors ExxonMobil and Chevron endorsed a carbon price years ago, following on the heels of their European peers. And for environmental activists, the proposal may no longer be enough.

Of course it wont be enough. Appeasement only invites more appeasement. This is a sellout by the majors in hopes the crocodile will eat them last but he still plans on eating them. This is also an invitation to Tom Wolf to impose a severance tax that would hurt independent oil and gas companies and help the majors destroy competition at the expense of consumers. This is a sad day,.

And, As If Proof Were Needed…

Amazon, a capitalist outfit built on a grand idea and customer service like none other, has also become an enabler and practitioner of the leftist politics that will ultimately wreck it or force it into a confrontation with its friends. Seattle “progressives” with whom Amazon has established common cause want to tax it out of existence:

Last year, our movement fought for and won the Amazon tax to fund Covid relief, affordable publicly-controlled housing, and Green New Deal projects. Beginning next year, this progressive tax on Amazon and the other top 3% of businesses in Seattle will fund $20 million more per year in retrofitting working-class homes to clean energy.

That is a start, but moving our city off PSE’s fracked gas will require a far larger investment in electrification infrastructure and renewable energy production. This also will create thousands of good union jobs.

That is why our Tax Amazon movement is demanding an increase in the tax to fully fund Seattle’s Green New Deal. Big companies like Amazon can well afford to pay more. Amazon executives and major shareholders reaped a record $21.3 billion in profits in 2020, and other major Seattle companies like Starbucks and F5 Networks, and corporate mega-landlords, also recorded huge profits.

Amazon, of course, is getting exactly what it deserves for attempting to appease the socialists and one hopes the socialists will also get what they deserve by Amazon moving out. But, the Green New Deal socialists won’t care because Mommy and Daddy are paying for their living expenses, of course. Therein, though, lies the secret to straightening out so much of what is wrong today; cutting off their trust-fund allowances. And, starve them of natural gas and everything dependent on it while we’re at it.

And, If You Thought Activists Were Anything But Spoiled Children…

It’s always the same people; spoiled children with time on their hands and an eagerness for fame as faux martyrs:

A protester plucked from a tree-top blockade of the Mountain Valley Pipeline can stay in jail to await trial on a misdemeanor property charge, a Montgomery County judge said Thursday.

The judge said he was denying bond because he could not trust that tree-sitter Claire Marian Fiocco, 23, of Dorset, Vermont, would not try again to block the Mountain Valley Pipeline – or that Fiocco would obey any restrictions he set, because the accusation against the protester is that for four months Fiocco disregarded another court order to leave the pipeline easement along Yellow Finch Lane. 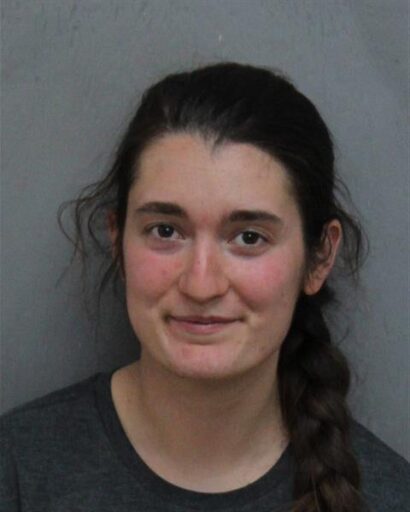 “This is an unusual matter,” General District Court Judge Gerald Mabe commented, then said he would deny bond for Fiocco “with a heavy heart.”

Fiocco, who used the names “Robin” and “Wren” in online statements, is one of two tree-sitters arrested this week as law enforcement officers ended a protest that had continued for 2½ years in Eastern Montgomery County. Pipeline opponents occupied platforms built high in trees along steep slopes to prevent Mountain Valley crews from cutting timber and preparing the way for the pipeline’s West Virginia-to-Pittsylvania County route.

In November, Montgomery County Circuit Court Judge Robert Turk ordered the tree-sitters to move aside and directed the county sheriff’s office to remove them if they did not leave voluntarily. Officers soon cleared a support camp from the woods below the tree-sits.

But the tree-sitters remained. On Tuesday, the sheriff’s office, Virginia State Police and Christiansburg Police Department began a two-day operation to fell the trees around the platforms and use a giant crane to bring the protesters down…

At Fiocco’s hearing, attorneys likened Fiocco’s charge to trespassing and said in many such cases, there would be little opposition to granting bond.

But Patrick Jensen, the county’s chief deputy commonwealth’s attorney, argued that Fiocco had no ties to the community and was a flight risk. That was because Fiocco, who prefers the pronouns they and them, indicated on a magistrate’s form that they had lived in the area for two years but had no job or regular address…

The prosecutor also emphasized Fiocco’s history of protest against pipelines.

In 2018, Fiocco and two other people were charged with taking survey stakes from the site of a natural gas pipeline under construction in Ohio.

Shortly after midnight on April 2, a patrol officer with the Erie County Sheriff’s Office noticed a Volvo pulled over on the side of State Route 61, then saw two women running into an open field. Fiocco was found in a drainage ditch, not far from a large pile of wooden stakes that were later determined to have been taken from the construction site of the NEXUS Pipeline, according to a sheriff’s office offense report.

Online records from Erie County Municipal Court show that Fiocco was convicted of unauthorized use of property, given a suspended 30-day jail sentence, ordered to pay $2,035 in restitution and placed on probation for two years…

Jensen detailed how two state police officers were raised by a crane to Fiocco’s platform and found the protester had used a “sleeping dragon” device to attach themself to the tree.

A sleeping dragon is a length of PVC pipe with handcuffs inside, Jensen said. The protester locks their hands inside the pipe, along with the ends of a cable tied, in this instance, to a tree, Jensen said.

The state police officers went back to the ground, got tools and returned to Fiocco’s platform, Jensen said. The officers cut away the tree to free the cable, then lowered Fiocco. The protester was then placed in the custody of sheriff’s deputies who cut away the PVC pipe and released Fiocco from the sleeping dragon without inflicting harm, Jensen said.

Jensen said that the lengths the protesters made authorities go to – plus an online statement Fiocco posted that said in part, “the fight continues” – supported his position that Fiocco, if let out of jail, was likely to return to actions against Mountain Valley.

Notice, in the way of proving our case that this a problem of spoiled children who are being coddled when they should taken off allowance, this protester comes from the Socialist Republic of Vermont, has no job and is a serial protester. Notice, too, the smirk on her face, her pride in her phony martyrdom and condescension toward anyone else’s interests. And, finally notice how the reporter, Mike Gangloff, slavishly refers to Fiocco as “themself” rather than “herself” and the judge inexplicably says he acted with a “heavy heart” to end the childish acting out. If you needed any further evidence of the problem we face, this article provides it all.