Readers pass along a lot of stuff every week about gas, fractivist antics, emissions, renewables, and other news relating to energy. As usual, emphasis is added.

Jim Willis of Marcellus Drilling News and I have a small difference of opinion. He thinks Governor Andrew Cuomo is a corrupt true green believer who has pursued anti-fracking, anti-pipeline initiatives as an authentic Green New Dealer. I think the man is just plain corrupt and has no political philosophy other than the one that will serve his demagogic aspirations of the moment.

I don’t think Governor Corruptocrat cares if ultimately wins or loses on any of this as along as he gets the green street cred. The NESE pipeline decision will tell which of us, Jim or me, is correct because Cuomo has backed himself into a corner. He needs natural gas now and is trying to bully his way out by labeling National Grid, and now Con-Ed, as the bullies he himself is, before having to approve the pipeline:

After ending a months-long moratorium on new natural gas hookups by National Grid on Long Island and in parts of New York City, Gov. Andrew Cuomo has a new target: Con Edison’s own gas ban.

The Democratic governor on Tuesday warned Con Edison that it may face the same threats the state put on National Grid if ConEd doesn’t end its own ban on new gas hookups in Westchester County and parts of the city.

Last month, Cuomo threatened to revoke National Grid’s license to operate in parts of the state for failing to fulfill its obligations to customers.

He said ConEd should watch and learn.

“We contract with Con Edison, but if Con Edison is not doing a good job or if we feel they are abusive, then we can get another provider,” Cuomo told reporters on Long Island after brokering a deal with National Grid.

Cuomo knows the NYC metro area needs more gas. He has delayed pipelines that have put the region, from which nearly all his votes come, in deep energy peril. He cannot afford to not approve the NESE and have a shortage that shuts down everything. He needs natural gas now and an enemy he can bully—while calling them bullies—so as to provide cover. Jim may be correct but this is my story and I’m sticking to it. I expect Andrew Cuomo to approve the NESE and blame National Grid and Con-Ed for putting him in that situation while vowing they’ll never get away with again. If I’m wrong, I’ll buy Jim dinner.

The JoNova blog, an Australian one, is one of my favorites. She nails it with this:

But evidently all those engineer-doctor-dentist-farmer humans are wrong:

It’s time to listen to the kids, Professor Steffen said.

“The bottom line is, we’re saying the schoolchildren have got it right — this is a climate emergency.”

Apparently the kids are invoking the unprovable endless tipping point. Anytime, anywhere, sorcerers can claim an event is just around the corner.

But the kids are right. The world is now dangerously close to tipping points that will set in motion unstoppable ecosystem collapses. This is a climate emergency. 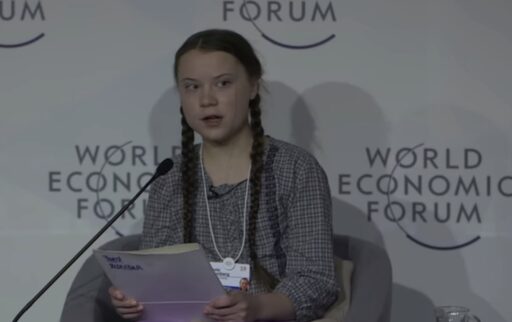 That’s the message from scientists writing in Nature on Thursday, who say that for some systems, the window to act may have already closed…

“The more we learn, the riskier it looks,” Professor Steffen said.

The more we run computer simulations the more we get exactly-the-same media headlines. The path may change but the tipping point is always “10 years ahead”.

Meanwhile some kids are setting fire to the nation, should we listen to them?

No idea or cliche is too inane for climate believer “scientists”.

This is how you fight back against the nonsense from the global warmist hedge-fund types who are trying to milk the middle class for government rent to finance green eggs and scam. Natural gas, of course, remains the solution for those willing to act like adults.

From our old friend Dan Alfaro at Energy In Depth:

Prepared for JobsOhio, the report contains investment data through the second half of 2018. Continued success in the development of the Utica and Marcellus shale formations in the closing half of the year added $3.83 billion in total investments across the industry, making 2018 another banner year for the Buckeye State. 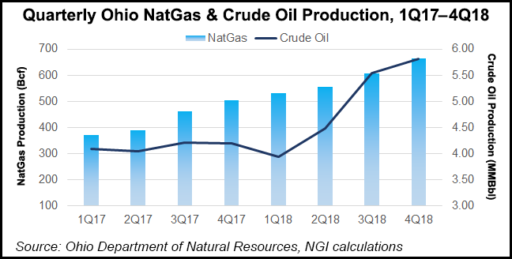 “Total investment from July through December 2018 was approximately $3.8 billion, including upstream, midstream and downstream. Indirect downstream investment, such as development of new manufacturing as a result of lower energy costs, was not investigated as part of this study. Together with previous investment to date, cumulative oil and gas investment in Ohio through December of 2018 is estimated to be around $77.8 billion. Of this, $53.8 billion was in upstream, $19.5 billion in midstream, and $4.4 billion in downstream industries.” (emphasis added)

It just keeps getting better! Natural Gas NOW and Shale Oil Too!

Our friend Aaron Price sends me this:

When families gather for holiday meals such as Thanksgiving, Christmas, and Easter, families customarily say Grace, even if the families are not particularly religious.  People pray for many things; but one thing I don’t think people do is thank God for energy, and pray to Him on behalf of all the energy companies and energy workers. 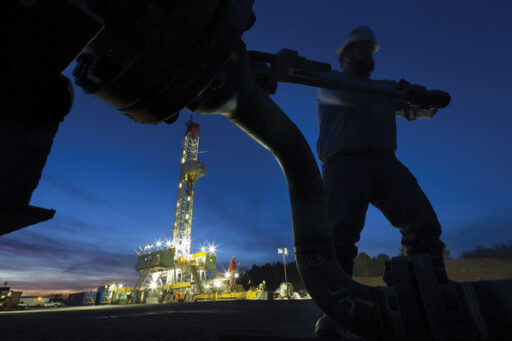 Here’s a sample prayer I have written.

Thank you God for the coal used

Thank you God for the natural gas

That burns so clean,

For the oil that runs our cars and trucks,

And drives our society.

And God, may all of those who work

In the gas and oil industry,

And related fields, be blessed by you

With health and abundance,

And may they do your work

By bringing us the fuels we need.

And, that’s a great note to end on this Thanksgiving Week!