It’s amazing how, in just a few years, the world had caught up to what many of us were saying about the horrible green experiment known as the Energiewende:

A new report by consulting giant McKinsey finds that Germany’s Energiewende, or energy transition to renewables, poses a significant threat to the nation’s economy and energy supply.

One of Germany’s largest newspapers, Die Welt, summarized the findings of the McKinsey report in a single word: “disastrous.”

“Problems are manifesting in all three dimensions of the energy industry triangle: climate protection, the security of supply and economic efficiency,” writes McKinsey…

Germany has failed to even come close to reducing its primary energy consumption to levels it hoped. McKinsey says Germany is just 39% toward its goal for primary energy reduction.

Despite much hype, Germany still generates just 35% of its electricity from renewables. And if biomass burning, often dirtier than coal, is excluded, wind, water and solar electricity in Germany accounted for just 27% of electricity generation in 2018.

A German solar farm in front of a German coal plant. The idea is that solar will replace coal, but the reality is that coal plants are now more necessary than ever to back up the unreliable solar facility, which only produces energy intermittenly..

But McKinsey issues its strongest warning when it comes to Germany’s increasingly insecure energy supply due to its heavy reliance on intermittent solar and wind. For three days in June 2019, the electricity grid came close to black-outs.

“Only short-term imports from neighboring countries were able to stabilize the grid,” the consultancy notes.

“It can be assumed that security of supply will continue to worsen in the future,” says McKinsey…

Meanwhile, local communities and environmentalist have successfully blocked the building of transmission lines from the windy north to the industrial south…

Electricity prices will continue to rise through 2030, McKinsey predicts, despite promises in recent years by renewable energy advocates and German politicians that they would go down.

And higher prices will threaten the German industry’s competitiveness. “Even a modest increase of a few euros per megawatt-hour,” McKinsey says, “could jeopardize the competitiveness of energy-intensive industries in Germany.”

You don’t say. Sounds like more natural gas in the form of American LNG will be needed and soon. The good news though (see last story) is that they’re on their way.

We Always Knew You Were A Commie, Bernie

It’s hard to take seriously anyone who chose the Soviet Union as a honeymoon location but, sadly, many people do. Will they continue to take him seriously now?

The “Green New Deal” proposed by Sen. Bernie Sanders, I-Vt., seeks a complete transition to “energy efficiency” and “sustainable energy” — much of which would be owned and administered by the federal government. 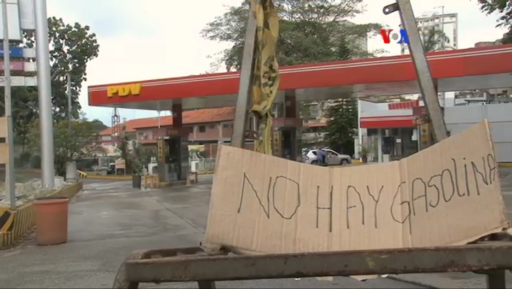 The situation in oil-rich Venezuela as a result of the nationalization proposed for the U.S. by Bernie Sanders

During an appearance on MSNBC Thursday [August 22nd], Sanders told host Chris Hayes that the U.S. needed an “aggressive” federal approach to producing electricity and nodded after Hayes claimed he proposed a “federal takeover of the whole thing.”

Sanders agreed with Hayes’ assessment that he wanted to create a “Tennessee Valley Authority [TVA] extension for the whole country.” “You can’t nibble around the edges anymore,” Sanders added.

Our friends at Master Resource also note this:

“For once I agree with Bernie Sanders,” stated Eric Worrall at WUWT. “Nationalizing energy production would drastically reduce the USA’s carbon footprint, if the catastrophic Venezuelan experience of nationalizing their oil industry is any guide.”

That’s a feature not a bug with Bernie, though, who said this just eight years ago:

These days, the American dream is more apt to be realized in South America, in places such as Ecuador, Venezuela and Argentina, where incomes are actually more equal today than they are in the land of Horatio Alger. Who’s the banana republic now?

Yes, equality in misery will make us all free, except for poor Hugo Chavez’s daughter who inherited her father’s stolen billions to become one of the world’s richest women, of course. Yes, nationalization is just the ticket, isn’t it; a get rich quick formula for socialistic dictators and their progeny? What miserable old man wouldn’t want that?

American natural gas in the form of LNG is now serving the world and lowering energy prices everywhere!

Reuters reports that U.S. exports of LNG now amount to 10% of the global market and, at 22 million tonnes so far this year, are equal to the total volumes exported in 2018. The report states that for the past two months the world’s largest exporters are Australia, Qatar, the United States, Russia and Malaysia. Further, the “U.S. supply surge has depressed global LNG prices, and with it, European benchmark gas prices, closing the arbitrage for cargoes between the Atlantic and Pacific basins.”