Oreos Deal Anything But Black and White

The manufacturer of Oreos says it’s cut a deal to buy solar power and bake half its cookies using it, but it’s another phony propaganda stunt to purchase some green branding on the cheap:

Mondelēz International, Inc., is an American multinational confectionery, food, and beverage company based in Illinois which employs approximately 83,000 individuals around the world… 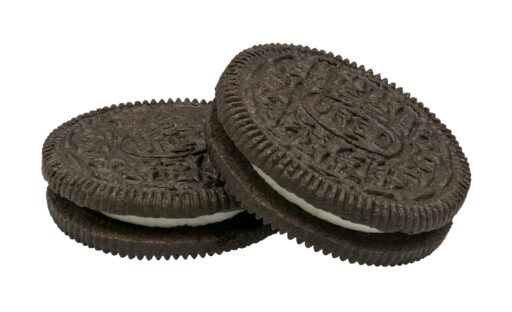 The renewable energy purchased will be enough to produce more than 50 percent of all the Oreo cookies consumed in the U.S. annually.

This is an all too typical ruse. The Oreos folks are still getting their electricity from the grid and it’s still likely produced using natural gas as the fuel source. All they’re doing is buying a certificate saying their solar provider is somehow putting 65 MW into the grid some other place. We don’t know if it’s the same grid. We don’t know how the 65 MW is calculated. We don’t know when the 65 MW is going into the grid or at what price; if it’s going in at retail and at a time when there’s plenty of supply already, then it’s simply adding to the cost of electricity and accomplishing nothing. This is the nature of these deals. They serve no interests other than to brand a company green and do some very profitable rent-seeking at other rate-payers’ expense.

Yes, We Have No Bananas or Wells Either,
But We Do Have Peer Review

And, there’s this from the annals of peer reviewed junk science studies by fractivist academics looking to ride the shiny green train carrying bananas:

A new academic study linking the amount of radon present in a home to its proximity to deep-shale oil and gas “fracking” wells cites Athens County as having the most of these wells in the state of Ohio, with 108.

There’s one problem with that statistic: Athens County does not have 108 deep-shale fracking wells. In fact, it has zero. The number of horizontally drilled fracking wells in some eastern Ohio counties shown on a map that’s part of the study also appears to be incorrect.

Mark Bruce, a spokesperson for the Ohio Department of Natural Resources’ Division of Oil and Gas Resource Management, said Friday that the agency is working with the University of Toledo researchers who performed the radon/fracking study “to get their numbers right.”

…Since early last week, coverage of the UToledo study has been all over the web, with authoritative research, professional and science websites such as ScienceDaily, The Science Times, Phys.Org and Engineering 360 trumpeting its results. Most repeat some version of this paragraph early in their articles: “From the distribution, most of the fracking wells are located in eastern Ohio, while Athens County has the highest number of fracking wells…”

The study, called “Impact of the Hydraulic Fracturing on Indoor Radon Concentrations in Ohio: A Multilevel Modeling Approach,” recently was published on the website of the journal Frontiers in Public Health…

According to the study, the UToledo scientists geocoded 118,421 homes in all 88 Ohio counties between 2007 and 2014, and documented how close the homes were to any of 1,162 fracking wells in the state. 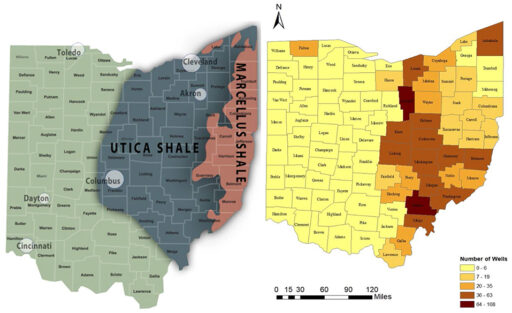 That total number of fracking wells, as stated in the UToledo study, also is wrong, according to Bruce of the ODNR.

“We don’t believe these numbers (in the Toledo study) are accurate,” Bruce said. “We are working with them to get it right.”

…When the study was released last week, Bruce explained, “we immediately reached out to the University of Toledo to share some of our concerns related to the number of wells cited in the study. The researchers responded, indicating they were going to review their procedures used and get back in touch with us. The Division is ready to help the authors utilize and analyze oil and gas well data so that cited information is presented accurately because currently the Division is confident it is not.”

…When asked whether those incorrect numbers might raise questions about the study’s overall conclusions, Kumar replied that he and his researchers are “checking all the available files used in the analysis…

Well, it’s nice the researchers are checking their files, isn’t it? This incident shows just how junky much of the junk science conducted around fracking really is.

Remember that other Ohio study, the one from the University of Cincinnati? Well, that one the researchers had the intellectual honesty to admit they were wrong and withdrew the study, but not in this instance.

No, the University of Toledo is going to check their files. Maybe they ought to check the ODNR files after they’ve withdrawn this study? And, why didn’t the peer reviewers, Dragoslav R. Nikezic, University of Kragujevac in Serbia and Gulnihal Ozbay, from Delaware State University, catch this? We’re told peer review is everything, but it seems to be nothing. Yes, they have no bananas.

As Shell Chemicals’ expanding steel metropolis on the banks of the Ohio River takes shape, attention is focusing more acutely on what comes next.

The next ethane cracker.

The next billion dollar project.

“Shell’s extraordinary — it’s a watershed event — but it’s one plant,” said Kenneth Humphreys, senior advisor at the U.S. Department of Energy’s Office of Fossil Energy, whose entire job is to pave the way for more such developments in Appalachia.

That would mean several cracker plants like Shell’s converting ethane extracted from shale wells into materials used in chemical production; a cluster of factories that would take those materials and turn them into consumer products; and maybe an underground storage hub for natural gas liquids…

When operating, the facility will have about 500 employees… 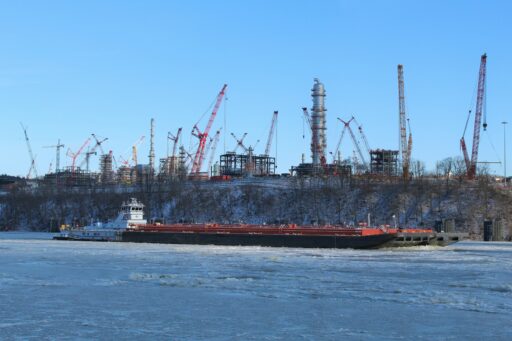 The on-going construction of the Shell Cracker Plant in Beaver County, Pennsylvania in, January 2019.

The workforce currently onsite may not have far to travel for their big project if the long-awaited decision on an ethane cracker in Ohio comes back positive — something many at the petrochemical conference considered inevitable.

Project managers for the Ohio proposal have also contracted with Bechtel, the engineering and construction firm that’s heading up the Shell job — creating the possibility that the thousands of workers currently employed in Beaver County could have no more than 60 miles to go when their work is finished here.

The Shell project pulls workers from 15 different unions, he said…

Mr. Howell stressed that 80 percent of all materials for the project are made in the U.S.

As the music soared and the camera panned from one group of hard-hatted workers walking in slow motion to another, the voice of legendary Pittsburgh Steeler Rocky Bleier said that this is “a plant built of, by and for the American worker.”