Natural gas exports and production are way up, but so is consumption. The shale revolution has truly delivered the promised “Golden Age of Gas.”

The news just keeps getting better for American consumers. Our production of natural gas is soaring, which has been a bit of a problem for producers dealing with low prices but a huge boon for natural gas users and anyone using electricity, of course. The big news, though, is the consumption and exports also jumped in a major way last year. We learned that from an Energy Information Administration Today In Energy post last week, which is based on their “Natural Gas Annual” report for 2018. The arrival of the  “Golden Age of Gas” is confirmed yet again.

Let’s start with consumption, in fact, given that all the talk in the press has been largely about our gas production, gluts and low prices. Here’s what EIA offered up on the subject (emphasis added):

U.S. natural gas consumption grew in each end-use sector. Demand for natural gas as a home heating fuel was greater in 2018 than in 2017 because of slightly colder weather during most of the winter. Similarly, the summer of 2018 saw record-high temperatures that increased demand for air conditioning and, therefore, electricity—much of which was fueled by natural gas. 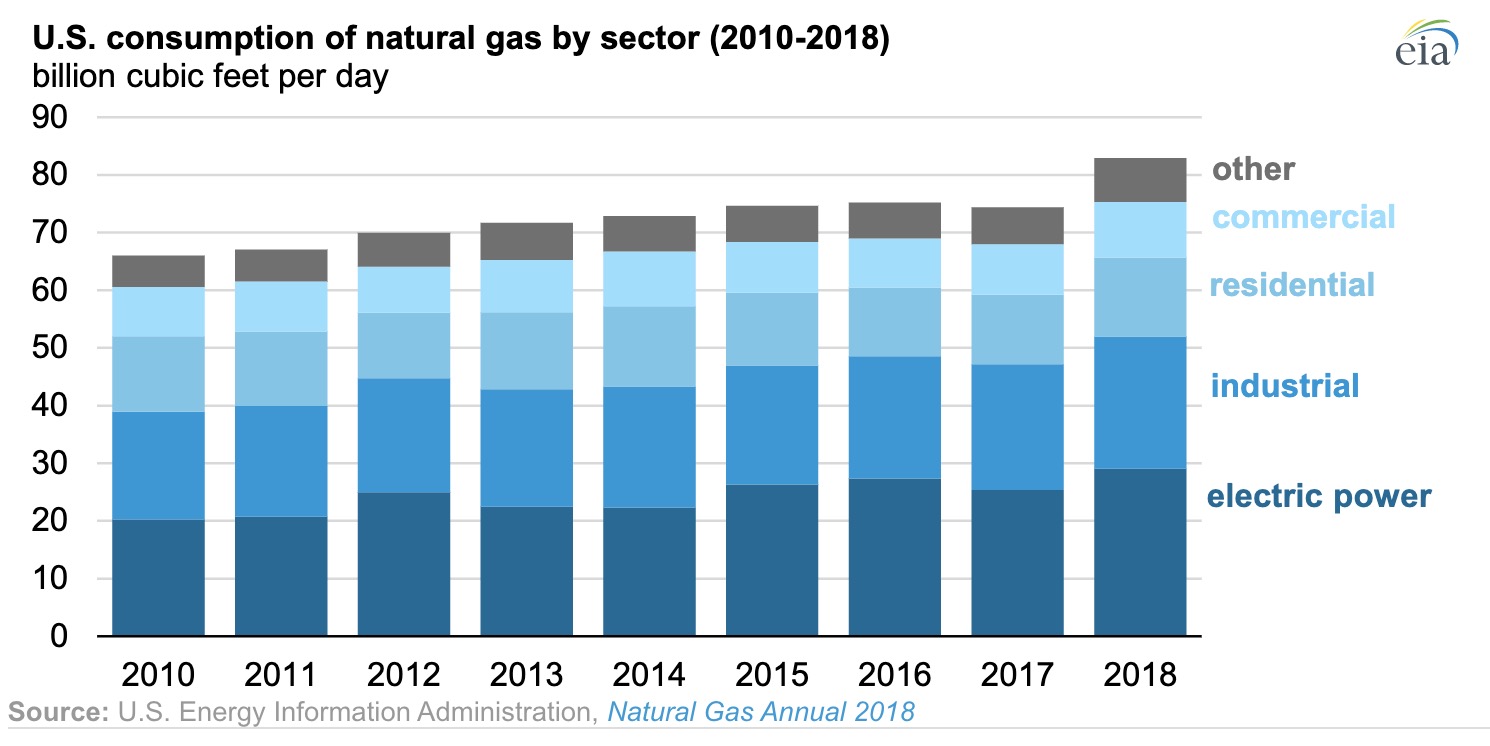 And, here is what is happening with production:

Pennsylvania and Ohio, states that overlay the Appalachian Basin, had the first- and third-largest year-over-year increases for 2018, increasing by 2.0 Bcf/d and 1.7 Bcf/d, respectively. Louisiana had the second-largest volumetric increase in dry production, increasing by 1.8 Bcf/d as a result of increased production from the Haynesville shale formation. Texas remained the top natural gas-producing state, with a production level of 18.7 Bcf/d, as a result of continued drilling activity in the Permian Basin in western Texas and eastern New Mexico.

Yes, Texas is No. 1 but Pennsylvania is a very strong No. 2 and gaining as the following chart indicates:

Overall, this is where we’re at: 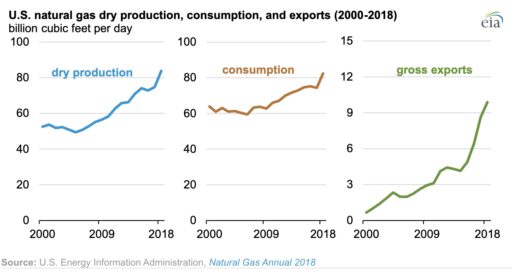 In 2018, dry…gas production increased by 12%, reaching a record-high average of 83.8 billion cubic feet per day (Bcf/d). This increase was the largest percentage increase since 1951 and the largest volumetric increase in the history of the series, which dates back to 1930.

See what I mean? We are living in a Golden Age of Gas right now and consumers, the environment and rural America are all the beneficiaries. Only fractivists are weeping.