New Jersey Doubles Down on Stupidity with Offshore Wind

New Jersey is rushing to turn the Garden State into a gargantuan monument to political stupidity with offshore wind projects that are totally uneconomic.

In June, based on the previous goal, the state Board of Public Utilities approved a $1.6 billion, 1,100 megawatt wind-energy farm to be built about 15 miles off the coast of Atlantic City. The state’s public utilities board estimated that the project will result in an estimated monthly bill increase of $1.46 for residential customers, $13.05 for commercial customers and over $110 for industrial customers. As in other states, fishers have expressed concern at the effect the wind turbines could have on their industry. 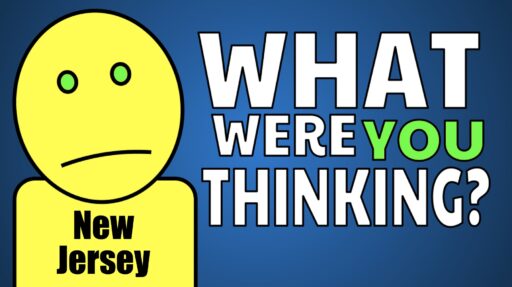 Offshore wind power is a part of the governor’s goal to convert New Jersey’s electricity production to 100 percent “carbon neutral” energy by 2050, which includes wind, solar, and nuclear power. About 52 percent of New Jersey’s electricity comes from natural gas power plants, 43 percent from nuclear power, and only 5 percent from wind and solar power. In April, the Murphy administration approved a $300 million annual subsidy paid by ratepayers to keep the three nuclear reactors in Salem County from closing. The state’s Oyster Creek nuclear plant, however, closed last year, which is expected to drop the state’s nuclear generation share to 32 percent.

In September, Ørsted, the expected builder of the state’s first offshore wind farm, Ocean Wind, was approved to use the former Oyster Creek nuclear plant as a landing point for bringing the wind farm’s electricity onshore. Ørsted estimated that it would save $25 million by using an existing interconnection point with the grid. While some upgrades will still be needed, it is unclear how much they will cost. If the added costs are over $10 million, they will be subsidized by rate increases paid by New Jersey electric customers.

Ørsted is planning to deploy a new generation 12-megawatt turbine that will be the largest and most powerful in the world. Ørsted, formerly DONG Energy, is based in Denmark and is the country’s largest energy company.

The state is scheduled to make a solicitation for a second 1,100 megawatt offshore wind facility next year. A third solicitation, for a 1,200 megawatt wind farm, is expected in 2022. A shuttered coal plant, the B.L. England coal power plant, could serve as a landing point for future offshore wind projects. Governor Murphy expects the federal government to open up 700,000 acres of ocean off New Jersey for wind development next year, adding to the 520,000 acres that are already leased.

The High Cost of Offshore Wind

The New Jersey Business and Industry Association cautioned the state’s officials: “Given New Jersey’s very high cost of living and high taxes, the state will need a well-thought out process that observes and mitigates the potential added expense to our overburdened residents and businesses.”

States along the Atlantic Coast are looking to build offshore wind farms, despite objections from coastal towns that rely on tourists and fishers that rely on the waters for their livelihood. New Jersey recently increased its offshore wind commitment to 7,500 megawatts from its previous 3,500 level. Its new commitment is slightly shy of New York State’s commitment of 9,000 megawatts. New Jersey ratepayers will be burdened by the folly of their elected officials, paying far more for electricity than other sources—onshore wind, solar photovoltaic, and natural gas—that are far more competitive.