A new natural gas record was recently set for use of this energy source in producing electric power that sustains our way of living in this nation, says EIA.

The Energy Information Administration (EIA) put out a fascinating article last week that should make the hair go up on the back of fractivists and warm the hearts, not to mention the homes, of others. Of course, lately we’ve needed to cool our homes rather than warm them, but natural gas converted to electricity does that for us, too. We just set a new natural gas  record, in fact, for doing that.

Here is the story about our new natural gas record (emphasis added): 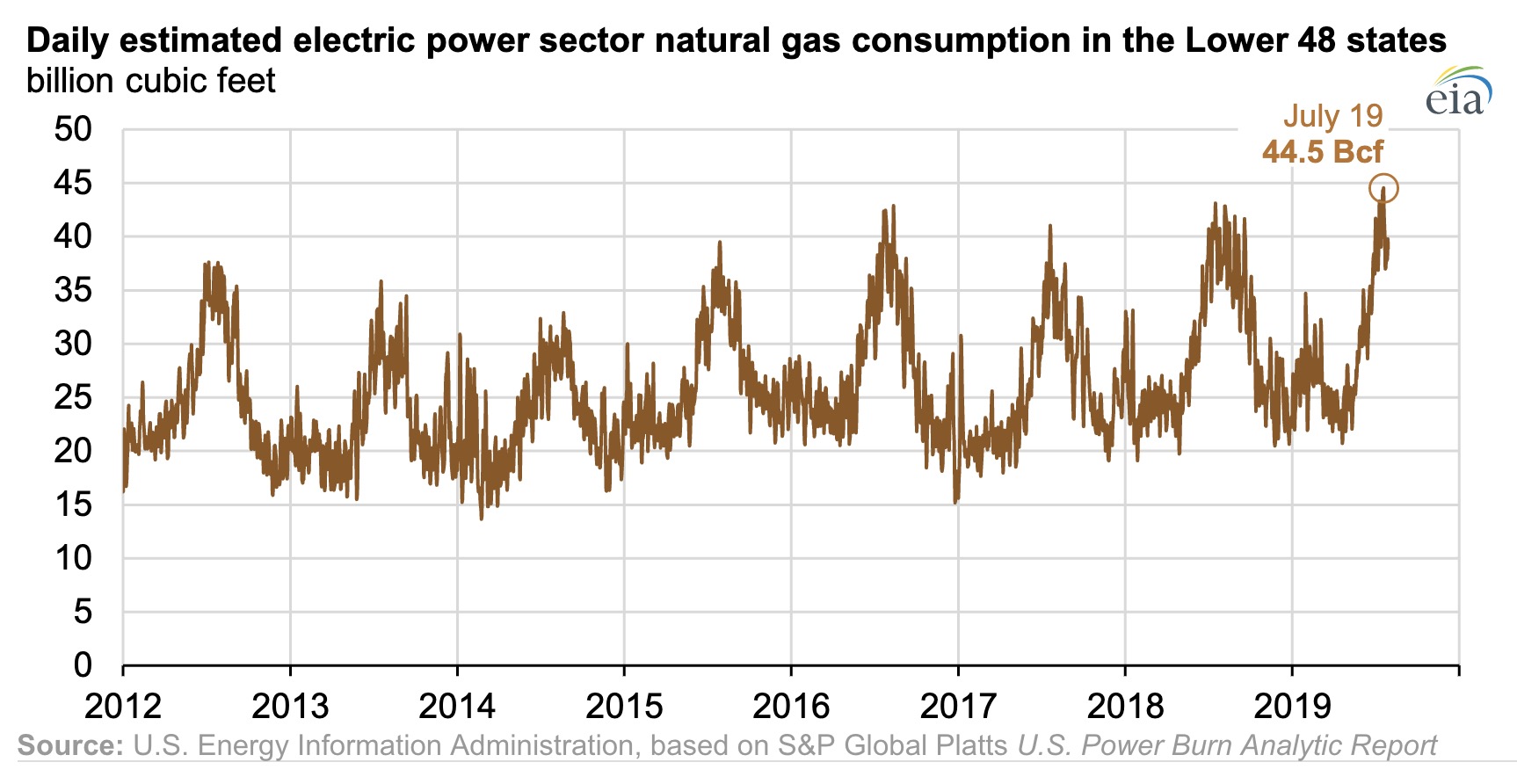 Higher electricity demand for air conditioning during a heat wave from July 15 through July 22 drove the increased power generation, especially from natural gas-fired generators. Although the highest temperatures occurred during the weekend, most states east of the Rocky Mountains experienced warmer-than-normal weather in the days leading up to the heat wave. From July 16 through July 21, the average maximum temperature exceeded 85°F in most parts of the country.

In recent years, many natural gas-fired generators have come online throughout the country, especially in the PJM Interconnection, the regional transmission organization (RTO) responsible for managing wholesale electricity in 13 states and the District of Columbia.

Based on data in the U.S. Energy Information Administration’s Preliminary Monthly Electric Generator Inventory, more than 12 gigawatts (GW) of new natural gas-fired electric generation capacity―primarily highly efficient combined-cycle units―have entered service in PJM since the beginning of 2018. The new capacity has increased total natural gas-fired capacity in the region by 17% and accounts for 55% of the total natural gas combined-cycle capacity added in the nation. 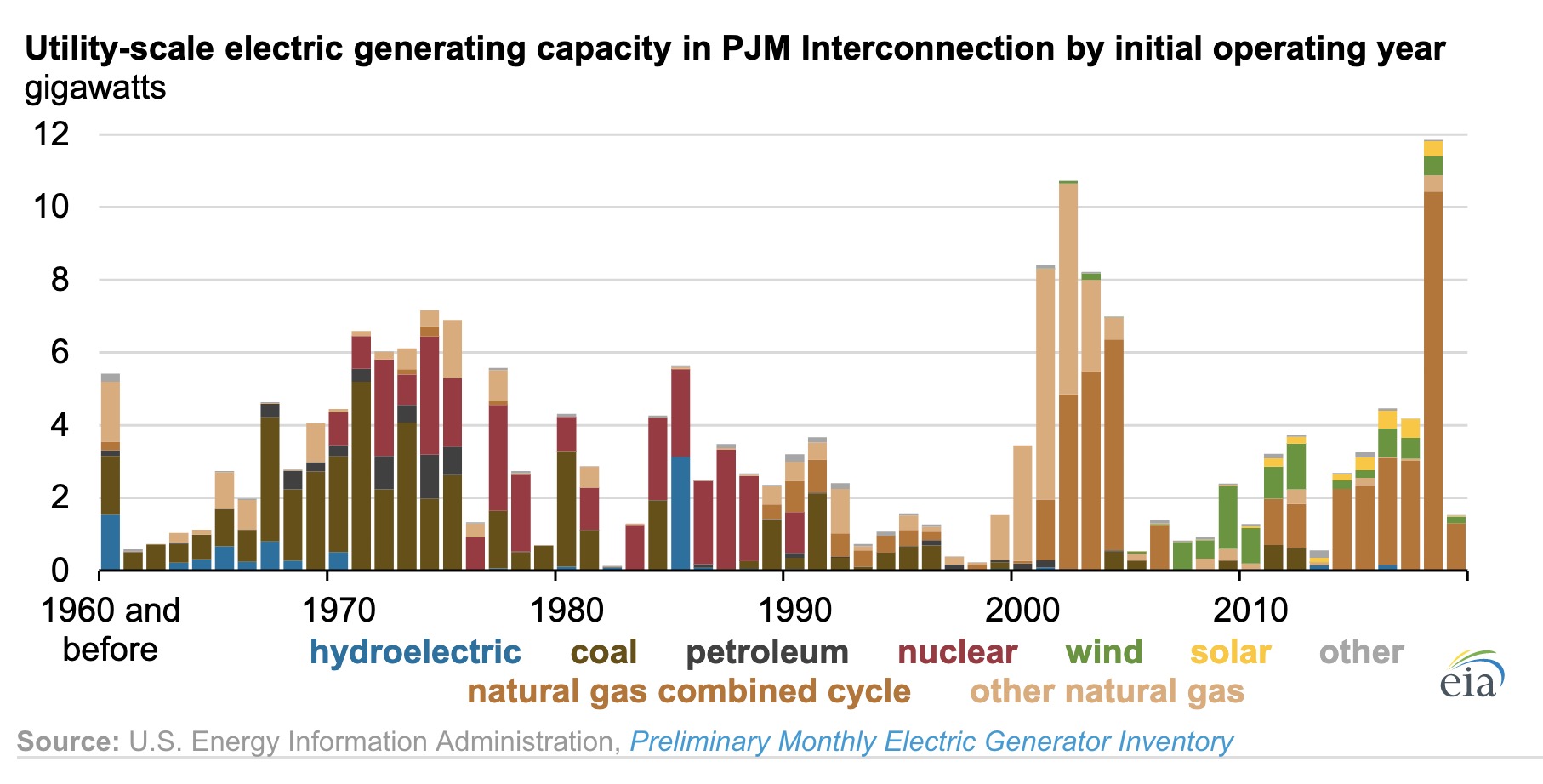 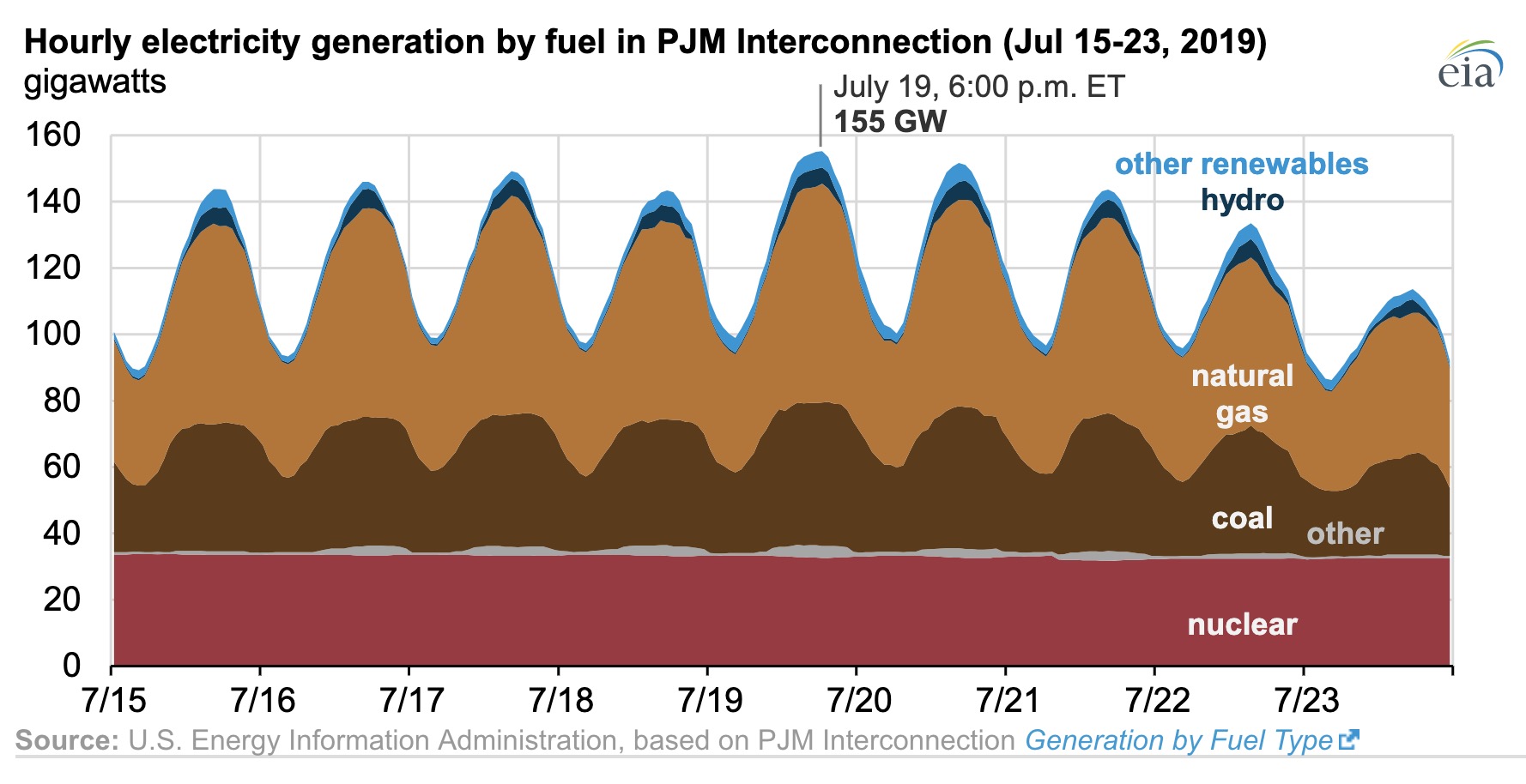 Notice how combined-cycle natural gas plants are contributing to the new natural gas record? That’s because these plants have capacity factors roughly twice those of renewables and they offer immediately dispatchable power right when it’s needed. Renewables can’t do that. This is why they amount to nothing in the big picture as far as the PJM is concerned. Coal will do the same thing as gas, of course, but then you have the CO2, the SO2, the NOX, the PM 2.5, etc. That’s why natural gas is setting records for electric power production and why fractivists are sitting at a bar somewhere crying to a bartender who’s sick of them already.