New York and Massachusetts Blow It with Wacky Wind Projects

New York and Massachusetts are pursuing off-shore wind projects that make no sense whatsoever, while natural gas continues to get the job done elsewhere.

Try building a natural gas pipeline in Massachusetts or New York and you will hit a brick wall. As a result, and despite abundant and very affordable domestic natural gas, residents of these states will be paying for expensive offshore wind far into the future. Massachusetts has a mandate to build 3,200 megawatts of offshore wind power and New York has a mandate to build 9,000 megawatts—each by 2035.

If it were not for the mandates and restrictions on natural gas pipelines, offshore wind would not even be in the picture. According to the Energy Information Administration, offshore wind costs over 6.5 timesmore to construct than a combined cycle natural gas plant on a capacity basis, and on a generation basis, it is 2.5 times more expensive. These costs will be borne by consumers. 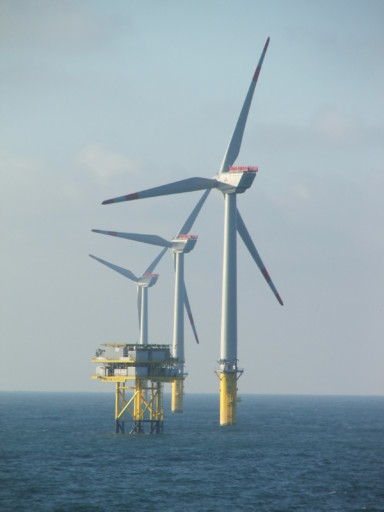 Coming to New York and Massachusetts?

In August 2016, Massachusetts approved the first-in-the-nation offshore wind energy mandate, requiring the state’s utilities to have long-term contracts for 1,600 megawatts of offshore wind power by June 2027.

Despite not building any offshore wind to date, on July 31, 2018, the Massachusetts Legislature passed H.4857, “An Act to Advance Clean Energy,” which doubles the currently authorized amount of offshore wind procurements from 1,600 megawatts to 3,200 megawatts by 2035. Governor Baker signed the bill on August 8, 2018. The bill also expands energy efficiency, increases the renewable portfolio “standard” (mandate), establishes a clean peak standard, and sets an energy storage goal. The final bill, however, fell short of the Massachusetts Senate’s mandate of 5,000 megawatts of offshore wind by 2035.

New England’s largest utility, Eversource, has been forced to invest in wind and solar power. Eversource agreed to invest $225 million in two wind farm projects off the coasts of Rhode Island and Massachusetts, making it a 50-50 partner with the Danish developer Orsted. The deal includes an adjacent 257-square-mile tract of ocean that could be developed eventually. These projects will comply with mandates in several Northeastern states that require utilities to secure large amounts of offshore wind power.

The Interior Department auctioned off three leases in the Outer Continental Shelf offshore Massachusetts on December 13, 2018. The three areas were unsold during a federal lease sale in 2015. Following 32 rounds of bidding by 11 companies, the three federal offshore wind area leases off the coast of Massachusetts were awarded to Equinor Wind, Mayflower Wind Energy, and Vineyard Wind. The leases sold for about $135 million eachfor 33-year development rights in federal waters south of Cape Cod—a record combined $405 million.

New York increased the its offshore wind requirement in January by raising the state’s 2030 goal of 2,400 megawatts to 9,000 megawatts by 2035. New York recently requested bids on 800 megawatts of offshore wind. Eighteen proposals came from the following bidders: Orsted and Eversource; Vineyard Wind; Equinor; and Atlantic Shores Offshore Wind. Each developer was required to submit a base proposal of about 400 megawatts, but at least one developer (Vineyard Wind) proposed a 1,200 megawatt option, which would be the largest offshore wind project in the United States.

New York policymakers see offshore wind as an alternative to onshore renewables that have siting and transmission challenges because they are primarily being proposed in upstate New York and are far from downstate demand centers.

The request for proposals also required a transmission proposal to bring offshore wind into the New York City or Long Island area. Two of the developers indicated plans to partner with transmission developers to deliver the energy to New York. For example, Orsted will partner with Con Edison Transmission, a subsidiary of New York’s biggest investor-owned utility.

There is a push on these solicitations because the Production Tax Credit will expire for new projects after 2019, meaning offshore wind developers need to move quickly to attract investors.

Massachusetts and New York policymakers are pushing development of offshore wind, which is one of the most expensive technologies in EIA’s slate of new generating technologies. These policymakers could provide more affordable options for electricity development for their residents by allowing natural gas pipelines to be built in their states.

The only offshore wind farm currently in operation in the United States is the 30 megawatt Block Island facility off the coast of Rhode Island. This offshore wind farm is economic only because it is supplying power to an island that used to be dependent on diesel for its generating capacity. These states are committing to very expensive alternative energy sources which will have to be paid by residential and business consumers.