The madness of New York and New England politics tastes like bitter medicine as natural gas moratoriums spread through the Northeast and Canada pounces. 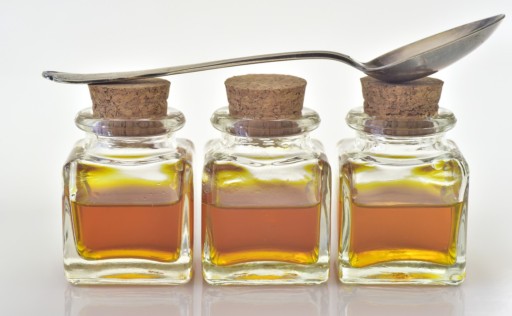 National Grid, utility company for some of New England and Long Island, said it too is very close to implementing a moratorium on new gas customers.

And now, Holyoke Gas and Electric in Massachusetts has slapped a moratorium on new gas customers throughout its system (emphasis added).

Holyoke Gas and Electric (HG&E) has imposed a moratorium on new natural gas connections for residential and business customers, citing no increases in pipeline capacity by Berkshire Gas and Columbia Gas of Massachusetts.

In a statement, HG&E said the “load has grown significantly and is now operating at capacity during peak periods,” which triggered the moratorium on new gas connections. A Tennessee Gas pipeline, known as the Northampton Lateral, became “severely constrained” as a result of high demand in the last 20 years.

Berkshire and Columbia began implementing service moratoriums in 2014, which were also related to the Northampton Lateral capacity problem.

HG&E suggested existing customers could improve their existing service by replacing aging gas furnaces, stoves or water heaters, but only if the “load profile does not increase and the service was active as of Dec. 31, 2018.”

The utility said it could accommodate specific commercial and industrial requests, which also are dependent on load profile and “the ability for those new customers to utilize dual fuel during peak periods on HG&E’s interruptible rate.”

HG&E further stated that while the nation’s natural gas supply is plentiful, the current pipeline infrastructure is lacking.

“Recent proposals that would increase natural gas capacity in the region have been met with opposition, and the current pipeline constraints are causing significant adverse environmental and economic impacts on the region’s ratepayers,” read the statement.

James Lavelle, HG&E’s manager, countered by stating that New England utilities burned 2 million barrels of oil during a 15-day “cold spell” in January 2018, which exceeded the total consumed in 2017.

And, there’s this from CommonwealthMagazine:

…pipeline supporters seized on the Holyoke news to make their case for more pipe in the ground. Stephen Dodge, executive director of the Massachusetts Petroleum Council, said the Holyoke announcement means 10 communities with more than 150,000 residents can no longer expand their use of natural gas.

“There’s no shortage of natural gas – there’s a shortage of sensible policy about energy infrastructure,” Dodge said in a statement.

The Mass Coalition for Sustainable Energy, a group set up by pipeline and business interests to advocate for more energy infrastructure, said the Holyoke announcement means the region lacks the pipeline capacity to meet its energy needs.

“While a transition to renewable energy sources remains the goal, the fact is that this moratorium will be followed by others that will stall development and threaten our economy while continuing to have the perverse effect of sliding backwards on emissions reductions,” the coalition said in a statement. “With gas unavailable, businesses and power plants are forced to rely on high emitting energy sources like oil and coal.”

Every single one of these moratoriums could have been, should have been, prevented. But weren’t, because of Gov. Andrew Cuomo, Sen. Elizabeth Warren, AG Maura Healey and others of their irresponsible ilk who are blocking new pipeline projects in the NY and New England. Lay the blame at their feet.

Editor’s Note: Jim’s anger rose even higher when he learned Canada is now going to be piping natural gas from the western part of that country into New England:

TransCanada has cooked up a plan to expand an existing pipeline in New England and connect it to a point in Quebec to flow gas from the opposite side of the continent, Western Canadian natural gas (over 1,000 miles away), into New England! And we can’t get a single new pipeline project approved to flow Marcellus gas a few hundred miles away into New England. Something is seriously wrong with this picture…

Yesterday TransCanada subsidiary TC PipeLines announced a new $100 million expansion project for the PNGTS system–a project that will work hand-in-glove with the existing PXP expansion. Here’s the TC PipeLine press release and NGI’s Daily Gas Price Index provides a missing piece of the puzzle, that the new Westbrook XPress project will get Western Canadian gas from a connection in Quebec.

So, TransCanada’s plan all along has been this: Expand the ability to deliver more natural gas into New England markets with the PXP project, and then expand the amount of Canadian (not Marcellus/Utica) gas that can be delivered into that system with Westbrook XPress.

We don’t blame TransCanada. They want to make money, and they want to free up a bunch of currently stranded gas in Western Canada. Ship it to new markets. Even though TransCanada owns the Columbia Pipeline system here in the U.S., they are first and foremost a Canadian company with a desire to benefit Canadians. We understand and respect that.

But, we are outraged that we can’t get a single pipeline project approved–new or expanded–to flow Marcellus gas into New England. It’s kind of ironic that a Canadian company has figured out how to move their fracked gas from the opposite side of the continent into New England, but we can’t move our gas a few hundred miles to the same market. That’s wrong on so many levels.

Indeed it is, Jim, and the blame remains squarely on haughty New Englanders and Newe Yorkers and the spineless, demagogic politicians they’ve elected.