A Cuomo DEC attempt to shut down an operating natural gas fired power plant has been declared irrational by the New York State Court of Claims. 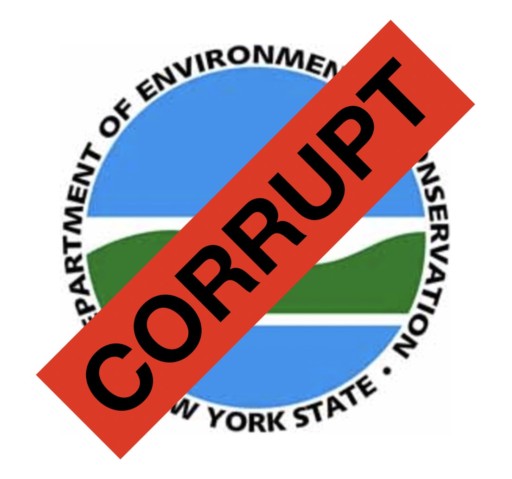 Four days before the plant was set to start up, the Cuomo-corrupted Dept. of Environmental Conservation (DEC) pulled the ultimate dirty trick and refused to renew an air permit for the plant they previously issued five years earlier. The DEC said the plant now needs a different (federal) air permit before it can start up.

As we told you in a followup article, the DEC’s dirty trick left CPV with three options. Option #2 in our list was to ask a judge to overturn the DEC’s decision (our preferred option). CPV exercised that option and by golly, the judge agreed and blocked DEC’s ability to stop the plant from starting up.

However, whether or not the plant needs a new federal air permit is still being litigated. While it’s being litigated, the corrupt DEC asked a judge to force the plant to shut down. Last week the judge refused, telling CPV the plant can continue to operate without the new permit and without having to pay fines–until the court case is finalized. Here is POLITICO New York Enrergy’s report (emphasis added).

The state can’t stop an Orange County natural gas plant from operating while it applies for a new permit, an Albany County judge ruled last week. Judge Judith Hard ruled that CPV Valley can keep operating while the Department of Environmental Conservation reviews the company’s application for an emissions permit.

The Feb. 13 decision upholds a previous temporary restraining order that blocked DEC from shutting the plant down or penalizing it for running. DEC’s decision that a permit expired for CPV in July was “irrational,” Hard wrote in her ruling.

The decision allows the 680-megawatt dual fuel power plant to keep operating, although DEC may ultimately deny needed permits if the company fails to meet certain emissions standards. Local environmental advocates and officials have pushed to shut down CPV or block it from running for years.

The plant was linked to the corruption case against Joe Percoco, a former top aide to Gov. Andrew Cuomo, and a CPV executive. Percoco and the executive were convicted in a corruption scheme in which Percoco sought, unsuccessfully, to secure a state contract for the plant after his wife got a job for CPV.

Editor’s Note: I haven’t been able to find a copy of the actual decision yet, but there are two things worth noting. First, it’s not for nothing that the judge called the Cuomo DEC irrational. But, of course, that’s only true if one is looking at the facts and the law as Judge Hard was called to do.

This leads to the second point; the decision is perfectly rational politically. Andrew Cuomo’s aide has been convicted of essentially extorting money from CPV to secure Cuomo DEC approvals for a gas plant going against Corruptocrat’s efforts to portray himself as opposed to natural gas development. He was playing both sides of the street and having been caught now needs to double down on his supposed opposition to appease his fractivist constituency. That’s what accounted for his Millennium Pipeline opposition and it’s what accounts for this “irrational” behavior as well.

New York has a corrupt governor who has also totally corrupted his Department of Environmental Conservation. That’s what this decision reflects.