The Institute for Energy Research explains why nuke subsidies in Pennsylvania are a terrible idea and why we should just let the free market work.

There are currently bills working their way through the Pennsylvania House of Representatives and Senate that would provide subsidies to help prop-up unprofitable nuclear power plants in the state. Senate Bill 510 and House Bill 11 would declare nuclear energy to be a carbon-free energy source, allowing it to receive benefits under the state’s Alternative Energy Portfolio Standard (AEPS). 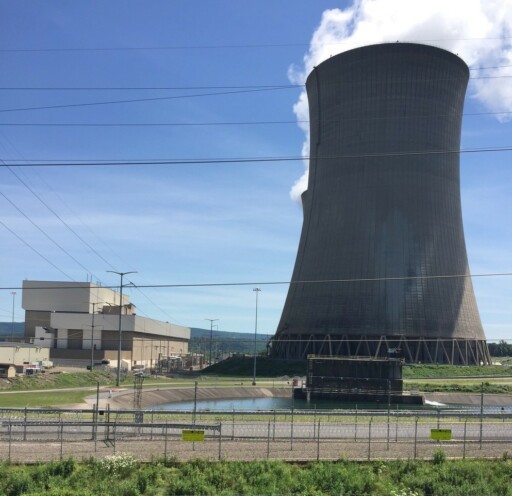 Currently, Pennsylvania’s existing Alternative Energy Portfolio Standard program requires 18 percent of electricity to come from renewable energy sources by 2021. Those sources are currently split into two tiers that carve out guaranteed market shares for different types of renewable energy. The new legislation would create a third tier for nuclear energy credits and require distribution companies to purchase those credits for half of their electricity sold.

These new proposals come in the wake of previous efforts to achieve similar policies at the federal level. Last year, the Department of Energy made two efforts to provide cost recovery (subsidies) for at-risk coal and nuclear power plants, however, these programs never got off the ground.

Senate Bill 510 and House Bill 11 should be rejected because, by requiring utilities to purchase energy from nuclear power plants at a higher cost, legislators would be further distorting the price mechanism for power generation in the state, replacing it with a system that grants the nuclear energy industry a guaranteed share of the market.

This sort of intervention will introduce a number of unintended consequences, which Katie Tubb of the Heritage Foundation outlined in a report earlier this week. Here, I’ll repeat a few of her main points and then add some of my own concerns about these proposals.

First and foremost, people who would like to see nuclear energy technology develop going forward should strongly resist any policy that undermines competition in the market because market competition is the most effective means of driving innovation.

By introducing this new program of mandates and thus granting the recipients of the subsidy a guaranteed market share, legislators will be undermining competition in the generation market in Pennsylvania. This will diminish the pressure placed on the power plants receiving the subsidy by their competitors to innovate and reduce costs.

This new proposal would also diminish the environment for future investment in Pennsylvania’s market. It sends a clear signal that in order to compete in Pennsylvania, future investors will have to invest heavily in the political process in order to overturn entrenched nuclear power plants that are guaranteed a certain percentage of the market.

Obviously, this represents another barrier to innovation by raising costs to enter Pennsylvania’s market. But another, less discernible, impact of this policy is the spillover effect it will likely have on the political and business culture within the state more broadly.

If this new subsidy program is enacted, politicians and businesses in other industries that are observing the investment landscape in Pennsylvania may recognize the special privileges that are awarded to the nuclear energy industry through this program and, through lobbying and other forms of political exchange, try to establish a similar regulatory framework that favors their own business or industry. In other words, cronyism in one part of your economy bleeds over to the rest as individuals working within that system learn from the “success” of other industries and firms.

Finally, firms that receive subsidies, either through direct transfers or indirectly through energy mandates, tend to engage in riskier behavior as they do not expect to have to bear the full costs of future losses. If market participants are not paying the full costs for their mistakes, over time, this causes risks to accumulate, creating an unstable environment where firms are no longer able to adapt to changing price signals brought about by market dynamics.

On the high regulatory costs for nuclear

Despite the fact that a recent report suggests that there is no merit to Exelon’s claim that these power plants are in financial trouble, there are many people who will be quick to point out that the nuclear industry faces an unfavorable regulatory climate and that this is part of the reason why the power plants in question are struggling financially. It might also be the case that wind and solar subsidies are playing a role in undermining the profitability of the nuclear power plants in question.

There is reason to be sympathetic to these positions, however the proper response should be to work towards removing the regulatory barriers that raise the costs of producing nuclear energy, not to subsidize the industry altogether.

If advocates of nuclear energy are sincere in their concern about regulatory costs and wind and solar subsidies, then they should take a principled stand against all subsidies and promote a policy framework that favors the deregulation of the entire energy industry.

Until that happens, free-market advocates should remain skeptical of most nuclear energy firms as their behavior suggests that they are content with the status quo. For politicized energy companies such as Exelon, the high regulatory costs prevent new competition from entering the nuclear energy industry and their politically protected market share positions them to demand subsidies when they run into trouble.

If nuclear energy wants to truly live up to its promise, then the industry must stop pursuing political advantages at the first sign of adversity and embrace a business culture of permissionless innovation going forward. By demanding subsidies and a guaranteed market share, nuclear energy companies such as FirstEnergy and Exelon have made it clear that they have no interest in competing in a market economy.

The people of Pennsylvania should recognize the obvious injustice of transferring hundreds of millions of dollars worth of subsidies to prop up the failed projects of a group of Fortune 500 companies and demand that the nuclear energy industry and their state and local politicians give up their plans to undermine the state’s competitive electricity market.