Now We Know, Dimock Activists May Have Been Shills for Hire, Not Victims

Dimock activists who have been parading around the country telling tales of horror about fracking were being apparently being paid all along to shill.

We always knew it had to be the case. Craig Stevens and Ray Kemble have been traveling the U.S. for years putting on a road show so ludicrous as to make the original Cardiff Giant story seem credible by comparison. They claimed Ray Kemble’s water was polluted by Cabot. They put out videos looking aghast at water reports and spinning the results to suggest the water was undrinkable.

They pulled every trick in the book and offered zero credibility except with those who wanted desperately to believe fracking was evil. They were sponsored guests at one Food & Water Watch fiasco after another where they painted themselves as innocent victims only desirous of warning others. And, now we learn they were shills for hire, or at least appear to be. 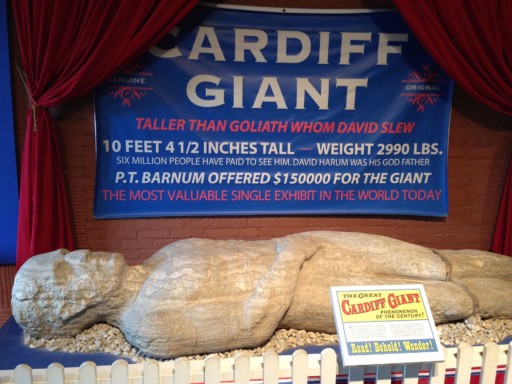 This was the big news that came out of the Pig to Rigs lawsuit today in the Susquehanna County Court of Common Pleas as Judge Jason Legg heard four matters. The first and most important was a motion by Kemble to quash the subpoena issued to him to appear for a deposition by Cabot. Kemble was there and spoke for himself, although he continued to be represented by Raiders during the proceedings.

Cabot Attorney Amy Barrette opened the discussion with an incredibly eye-opening statement, noting that Cabot had depositioned Craig Stevens. Stevens and Bill Huston had both been given power of attorney by Kemble and both were subpoenaed for depositions. Stevens apparently acceded to his and Barrette summarized some key facts learned, including that Stevens and Kemble were, during all those appearances around the country, being paid by FrackAction, Food & Water Watch and Catskill Mountainkeeper, et al to the tune of up to $5,000 per month.  Perhaps that accounts for the $42,000 Food & Water Watch oddly gave the Mountainkeeper in 2016.

We’ll undoubtedly learn more as things proceed with the case, but these revelations alone are startling. We never pretend, here at NaturalGasNOW, to be anything other than an advocate for the industry, landowners and the rural citizenry at large. I have always acknowledged having industry clients, Kemble and Stevens, by contrast, have always portrayed themselves as nothing more than innocent victims and spokespersons for other victims, current and future. Stevens, in particular, has carried this banner, together with a jug or two of water supposedly dirtied by fracking.

Now, we’re getting closer to the truth. Some Dimock activists were apparently being paid along the way. There’s nothing wrong about that when it’s disclosed, of course, but how many of those attendees at ginned up protests, where they appeared to speak, knew they were being paid? Darned few, I expect. And, how New York State legislators knew, when Craig Stevens was motor-mouthing a speech to them about what was happening in Pennsylvania, that he was representing someone other than himself? How many news reporters thought, when they interviewed the colorful Stevens and Kemble, that they were perhaps being paid to talk? Just amazing.

There was still more to the proceedings today, though. Kemble, though he was there, stood through the hearing on his motion and his attorney’s motion to withdraw from the case. Barrette brought out that Kemble had previously backed out of his deposition on the excuse of health at the same time he had flown to California for a Food & Water Watch event. She pointed out Kemble had, in fact, had multiple opportunities to being be deposed and avoid sanctions, Following discussions, it was agreed the parties would attempt to do the deposition sometime in mid-March, pending medical evaluation, with a resumption of the hearing on March 29th, giving Kemble yet another chance to avoid sanctions.

Following this agreement, the court took up the matter of Attorney Rich Raiders’ motion to be allowed to withdraw from representing Kemble. Raiders reiterated what was in his motion and discussed thoroughly here. He also offered exhibits to make his case and called out Bill Huston for playing attorney and interfering with the case to Kemble’s detriment. Kemble than got up and publicly fired Raiders. Barrette objected noting how Kemble’s lack of attorney could have dire consequences for him and the case. She suggested a conditional withdrawal; that is to say Raiders should be able to withdraw only after Kemble secured a new attorney, Kemble said he’d have one by March 29th and, therefore, that was how the matter was left.

Jule Ann Skinner, who had worked with Pigs to Rigs lawyer Charlie Speer appeared next. She gave various poor excuses for not agreeing to a deposition, but volunteered to give one in the next 60 days.

That left Bill Huston, who also wanted his subpoena quashed. He claimed to have not been served properly, so Cabot had him served again by the Sheriff in the presence of the Judge; another bizarre moment in Pigs to Rigs saga. Huston had no legal counsel but said he might get one now and, therefore, the court ordered a continuance on his motion until March 29. Huston had marched up to the table with a filebox but claimed he had no interest in being an attorney and meant no respect to the court in acting to assist his friend, Ray Kemble. Then he took a dig at Raiders saying Kemble had functionally had no attorney because Raiders had done such a bad job. One wonders how he knew that then if he didn’t fancy himself an attorney, but, hey, whatever.

The most interesting and sad thing is that Bill Huston started off by stating “I am an indigent.” It was his way of saying he couldn’t afford to pay an attorney, and it’s apparently true based the money Bill regularly solicits these days on his blog to pay his most basic bills. Bill doesn’t much care for me, but I hold no grudge against him. He’s a true believer, not a con man, as I see it.

Meanwhile, we hear in court the friends he’s defending and possibly getting himself in deep trouble over have been getting money from the likes of Food & Water Watch all along. Did Bill get any of that money? If he did, I’ll get it was very little and that is what is so especially sad about his situation. Likewise, Ray Kemble seems to have been used by other players, but that’s another story. Stay tuned as things evolve and more truth seeps out.