Our Energy Security Is Threatened by Unprincipled Politicians

It is embarrassing when any state has both Senators, Elizabeth Warren and Edward Markey, in the US Congress who are playing politics with proven emission reduction strategies such as natural gas and upgraded infrastructure, especially as the State of Massachusetts was at least 50% culpable in a gas explosion the two Senators cite as an excuse while trying to block a gas compressor station through Federal legislation. 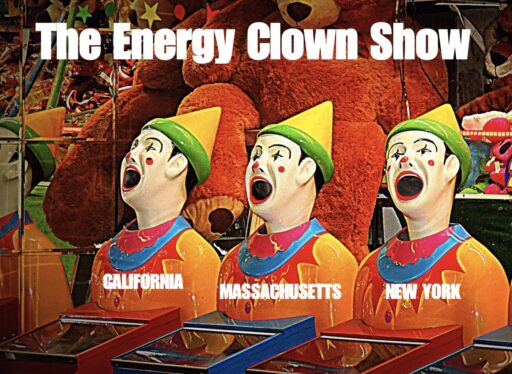 Finally, here is an honest appraisal of the failures of Massachusetts and its state agencies leading up to the recent Boston gas explosion. Frankly, while all related parties share some of the blame, the real problem is the ossification of Boston and surrounding area’s infrastructure and the long term failure of urban governance in most big cities here and abroad.

In a real way, American urban areas can’t manage themselves, in spite of that they have been taken over state governments by their sheer numbers and liberal politics. Boston, New York City, LA, San Francisco, and Chicago histories are emblematic of stultifying urbanization, with layers and layers of corruption and bureaucratic inefficacies.

Blame it on urbanization and and the decades (in some cases, centuries) of infrastructural decay.

Like Massachusetts, the State of California shares culpability with PG&E for current black outs. Former California Governor Jerry Brown declared last year’s forest fires were caused by climate change, while the Wall Street Journal poured cold water on that argument. The WSJ pointed out that Sacramento and state politics have spent 10 times more on electric vehicles than on controlled forest fires and underbrush removal, $335 million to $30 million.

In a February report by the Little Hoover Commission, the state oversight committee stated that the State of California has ignored the gathering underbrush and dead trees in their forests for 100 years by underfunding any systematic removal of it. In spite of the fact that the CA “cap and trade” has raised several billion dollars and has adopted very strict environmental rules, this spate of fires has likely offset all emission reductions CA this last year.

As the Committee put it, state politics have probably nullified the “hard-fought carbon reductions.” The current state of politics in California is demonstrating some of the same disfunction that helped create the rolling black outs of the late 1990’s and early 2000’s. In fact, as I recall, Governor Gray Davis was recalled and a Hollywood star became Governor.

Editor’s Note: Steve provides two great examples of how unprincipled politicians who pose as the opposite are threatening our energy security with mindless virtue signaling that can only be described as pure demagoguery. California’s problem isn’t climate but, rather, an energy system too dependent on undependable renewables. The Bay State’s problem isn’t new infrastructure that will deliver much needed gas but, rather, decrepit infrastructure that isn’t being replaced due to resistance to the natural gas that has lowered emissions. It’s all so completely bizarre and one wonders what will happen to our energy security if these clowns are ever successful.