Peduto Demonstrates; Our Northeast Cities Are Run by Fractivist Fanatics

There is exciting news that ExxonMobil is very actively searching for a location in the Marcellus/Utica region to build another cracker. The fact that Exxon is looking is driving leftist environmental kooks bonkers. They hate the Shell cracker going up in Beaver County, and they want to ensure there are no other such plants built anywhere in the region–or at least in Pennsylvania.

The eco-leftists have bullied Pittsburgh’s Mayor Bill Peduto to join their cause, who recently stated in a speech, “I oppose any additional petrochemical companies coming to western Pennsylvania.” The president of the Pennsylvania Chemical Industry Council has responded to Peduto’s inane comments, exposing him for the dunce he is. 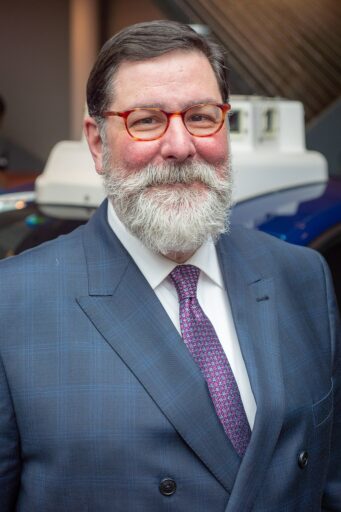 Just for context, projects like the Shell and potential ExxonMobil cracker plants are multi-billion dollar projects–on the order of $8 billion or more. They generate thousands of jobs in building the plant (spanning several years), and provide over 500 permanent jobs when it’s done. These projects are really big deals.

When a prominent figure like Peduto trash talks these projects, the companies looking to build them think twice, and three times, about trying to build in a region that is opposed. Peduto has done great damage to the future of such projects by potentially scaring off builders like Exxon.

It is into that controversy (to respond to Peduto) that Abby Foster, president of the Pennsylvania Chemical Industry Council, penned the following column in the Pennsylvania Business Report:

On a day when educators, economic development groups and state agencies from Pennsylvania, Ohio and West Virginia gathered at a conference just up the road in Monaca to discuss job opportunities tied to petrochemical investments, Pittsburgh Mayor Bill Peduto was quoted at a climate summit stating, “I oppose any additional petrochemical companies coming to western Pennsylvania.”

I have a vastly different point of view.

Consider the role petrochemical and chemical manufacturing has played in the revitalization of the entire region. Even with an isolated view of the direct impact within Pittsburgh, you would be hard-pressed to find an area not benefiting from industry or industry products.

For example, Covestro, a leading polymer materials supplier with U.S. headquarters in Pittsburgh, has hosted a series of THINC30 Tanks throughout 2019 to advance the global United Nations sustainable development goals in the community. Covestro was also instrumental in the Energy Innovation Center’s transformation from a blighted property into a LEED platinum-certified “living laboratory” for community events and meetings promoting the use of clean technologies.

Braskem, a global petrochemical company with U.S. headquarters in Philadelphia has a research-and-development facility just outside downtown Pittsburgh, on the Monongahela River. Braskem has been ranked as one of the world’s top 50 most innovative companies and is widely recognized for its research in products made from renewable resources.

For all yinz sports fans out there, in addition to petrochemical products such as athletic equipment, stadium seating and the net that protects you from a foul ball, you might notice familiar names among the sponsors and partnerships. For example: the Penguins’ PPG Paints Arena, Shell Chemicals’ partnership with the Steelers and Covestro, Carnegie Mellon and the Penguins’ Rethink the Rink collaboration.

Across Pittsburgh, dozens of additional anchor tenants such as PPG’s headquarters, LANXESS, Pressure Chemical, INEOS Composites, PVS Chemicals and Air Products representing the chemical and petrochemical manufacturing industry contribute to the tax base and provide jobs within the city that drive a ripple effect of purchases supporting restaurants, shops, housing and recreation.

Across the economy, this industry has led in reducing greenhouse gas (GHG) emissions through process improvements, innovative products and new technology.

In the construction industry, plastic-based building materials — made by petrochemical and chemical manufacturers — such as insulation and sealants improve energy efficiency and reduce energy consumption for commercial and residential buildings, ultimately lowering the carbon footprint of large cities and urban areas.

In the transportation sector, the incorporation of plastic parts has lightened vehicles, including planes, resulting in improved fuel economy and reduced emissions.

Chemical and petrochemical companies are a critical ally in reaching state and national emissions reduction goals because the chemical industry supports more than 25 percent of U.S. gross domestic product.

Pennsylvania has realized economy-wide reductions. According to the state Department of Environmental Protection, in 2015, statewide greenhouse gas emissions had fallen by 12 percent from 2000 levels. There were many factors in these reductions, including energy efficiencies, regulations, retirements of older electric generation fleets and the entry of natural gas into the market.

Although dry natural gas has provided a cleaner fuel and energy source to many businesses and homes, including those in Pittsburgh, and attracted billions in private investments and tax dollars, it is the wet gas that has ushered in this next phase of industry and advanced manufacturing.

The natural gas liquids (NGLs) in Appalachia are rich in key chemical building blocks such as ethane, propane and butane. These provide the feedstock to create the everyday products of a modern society. Ethylene, produced from ethane, is one of the most versatile building blocks, used in everything from solar panels and wind turbines to carpets, flooring, detergent and packaging. The access to abundant natural gas in this region has provided the petrochemical manufacturing industry a new, more affordable and more environmentally friendly feedstock.

Pennsylvania possesses the most affordable ethane in the world, and it is shipping almost all of it out of state and out of country. Shell Chemicals’ state-of-the-art petrochemical plant in Monaca is the first U.S. investment of its kind outside the Gulf Coast. Pennsylvania is no longer competing just with neighboring states to attract these investments. It is competing with the world. And our largest petrochemical competitor, China, has announced plans to build 20 new ethane crackers.

Carbon emissions do not stop at state or international borders. We all contribute to the same atmosphere. If we want what is best to address global emissions and climate change, we will do everything possible to use this resource here in the U.S., where regulations are the most stringent globally and where a large portion of the consumer market is based.

It is the state’s environmental, economic and social responsibility to develop and benefit from the localization of markets around our natural gas resources, rather than surrendering this valuable asset to global competitors.

So I offer this additional point of view to readers and will continue to state clearly to all existing companies looking to expand operations and to those around the globe considering an investment in this region: Pennsylvania is open for business, and you are welcome here.

Compared to bush leauger Peduto, Foster’s arguments blow him right out of the water. Pittsburgh can do far better than someone like Bill Peduto as mayor, that’s for darned sure.

Editor’s Note: What we see with Bill Peduto is what we see with the leadership of most of our cities today, especially in the Northeast (think proud commie Mayor Bill deBlasio, for example). Our cities have been captured by leftist fanatics who demagogue 100% of the time. Their constituents are ignorant as to how their food and energy is produced and susceptible to fractivist claptrap. Peduto is just another one. Sadly, more rational candidates have written off the cities and don’t even bother competing for these positions. One hopes that will change but, in the meantime, we’re stuck with exploiters such as Peduto.