A Supreme Court appeal is never easy but sometimes it’s the only option for securing justice. That’s because courts are fickle and the wrong judges, or the wrong panel can occasionally deliver absolutely absurd decisions based on personal prejudices or piques. Worse, when that happens, the full courts are then reluctant to admit mistakes. They are prone, rather, to circle the wagons in defense of their brethren. They’re also not anxious to open the floodgates to rearguing every case. This seems to be exactly what happened at the 3rd Circuit as they rejected a well-argued appeal by PennEast of a really bad panel decision on the PennEast leaving the company no option but to appeal to the Supreme Court. 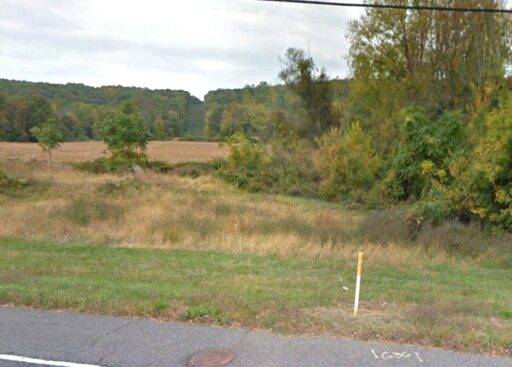 In light of a recent decision from the U.S. Court of Appeals for the Third Circuit that upended nearly 80 years of practice by the natural gas industry and disregarded Congress’s intent in enacting a critical provision of the Natural Gas Act, the PennEast Pipeline Company announced it will be seeking further review in the Supreme Court of the United States.

In September, a three-judge panel of the Third Circuit held that the State of New Jersey’s Eleventh Amendment immunity protected it from efforts of a private company to exercise expressly delegated federal eminent domain authority to condemn easements necessary to construct a federally approved natural gas infrastructure project. The decision threatens to disrupt longstanding industry practice and halt natural gas infrastructure development that has lowered energy bills, powered economic development and resulted in the U.S. leading the world in carbon emission reductions.

“The PennEast partner companies are fully committed to the project and will be seeking review by the U.S. Supreme Court,” said Anthony Cox, Chairman of the PennEast Pipeline Company Board of Managers.  “The Third Circuit’s decision has implications far beyond the PennEast project.

No interstate pipeline nationwide of any significant length can be built without crossing land where a state claims an interest.  State governments, just like other landowners, should not be allowed to disrupt or veto vital energy infrastructure that expert federal regulators have found to be in the public interest.”

Notably, the Federal Energy Regulatory Commission (FERC) approved the current route for the PennEast Pipeline fully understanding that it crosses properties in which the State of New Jersey claims an interest.  FERC approved that route after accepting the State’s urging that the pipeline be co-located with existing rights-of-way to minimize environmental impacts – primarily aligning the pipeline with overhead power lines that have been in place for decades, on land where the state claims an interest. Three federal agencies and the Pennsylvania Department of Environmental Protection have already found PennEast to be safe for the environment.

“Demand for natural gas continues to grow, and new infrastructure across the Northeast has not kept up, in part due to politics and regulatory delays,” added Cox. “The result has been forced gas moratoriums that threaten customer reliability, higher energy bills and higher carbon emissions.”

The announcement comes on the heels of a mid-November arctic blast that will drive northeast temperatures to chilling cold, with wind chills in the teens, throughout the week.
Through the Third Circuit litigation and other legal actions, the State of New Jersey has moved to block needed supplies of natural gas, even though 75 percent of New Jersey homes rely on it for heating, and utility companies are raising alarms about their ability to meet customer demand in coming winters.

Gas moratoriums in place in New York City and Massachusetts due to delayed pipeline construction foreshadow what is on the horizon in New Jersey. There, moratoriums have forced small businesses to close, halted affordable housing projects, thrown major development projects into chaos, and forced residents to continue to rely on fuel oil for heat, generating higher carbon emissions.
The PennEast Pipeline Company plans to file with the Supreme Court by its early February deadline.

I liked the PennEast arguments to the full 3rd Circuit, but they weren’t enough. I hope they will be this time. It would be nice, though, to see PennEast strengthen them by pointing out how some politicos are already jumping on the idea of using agricultural and conservation easements as tools of political pipeline obstruction as a consequence of the circuit panel’s very bad and extremely wacky decision.

It would also be nice to see the appeal address how the decision effectively renders meaningless the property rights of landowners who may have granted agricultural easements to the state even though they may never have intended to give up rights to have a pipeline cross their property (which could generate royalties and would have no negative impact on the ability to farm).

We’ll see but, in the meantime, this news is very welcome indeed. Godspeed!