PennEast Continues on Its Long Tough Slog Through New Jersey

The PennEast Pipeline project continues to move ahead but it’s a long tough slog through the swamps of New Jersey and extremist environmental politics.

Last December a federal judge in New Jersey upheld eminent domain power for PennEast Pipeline for ALL of NJ, where there are 136 holdout landowners who have refused to allow PennEast surveyors on their property. However, PennEast still isn’t totally out of the woods. The State of NJ appealed the decision because some of the land PennEast wants to build across belongs to the state.

Yesterday the Third Circuit granted a request to block construction of the pipeline in NJ until the appeal is decided. 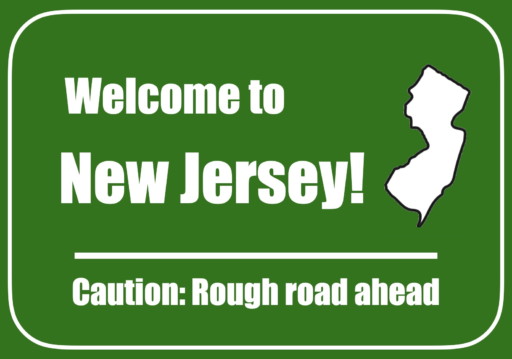 PennEast is a $1 billion, 116-mile natgas pipeline that will stretch from northeast PA to the Trenton area of New Jersey. The pipeline is a joint venture between New Jersey Resources, South Jersey Industries, Southern Gas Company, Spectra Energy, and UGI Energy, with UGI taking the lead on building and operating the pipeline.

PennEast still plans to have the pipeline built and operating sometime next year. Yesterday’s court order blocks PennEast from construction activities in New Jersey only (not Pennsylvania), however it’s not a total work stoppage for the project. The judges ruled that PennEast can continue to access all NJ properties using the power of eminent domain, for survey and test work. PennEast just can’t dig a trench and lay steel. So this was a partial victory for antis in that it slows the project, but also a partial defeat in that it doesn’t block all work. Progress continues to be made.

The Sierra Club’s Jeff Tittel is positively vibrating with glee at the news. However, his counterpart at THE Delaware Riverkeeper, Maya van Rossum, is still kind of glum (when is she not?). Maya’s allergic to chainsaws and thinks PennEast will soon begin to cut trees to clear a path before she and Jeff can convince the courts to permanently block the project. Wouldn’t life be easier for folks like Jeff and Maya if the U.S. just became fascist right now? Then they could impose their will on everyone else. That’s their dream.

Here’s how the Allentown Morning Call, with an anti “reporter” on staff, reports yesterday’s news:

A federal appeals court has granted New Jersey a stay, halting construction of the PennEast natural gas pipeline while it resolves issues surrounding the company’s attempt to take property in which the state has an interest.

The Third U.S. Circuit Court of Appeals issued the order Tuesday in an appeal by several New Jersey state agencies that challenged the federal court’s jurisdiction to hear eminent domain actions by a private company. The agencies argued that such matters must be heard in state court.

While the order bars physical construction of the pipeline, it does permit PennEast Pipeline Co. to continue surveying and testing for the 110-mile pipeline, which is planned to carry natural gas from the Marcellus Shale region of Central Pennsylvania, through Northampton County and to southern New Jersey…

Construction would take seven months, and the pipeline is expected to be fully operational seven months later.

Pipeline officials continue to negotiate land easements in Pennsylvania and New Jersey, she said. On Monday, the company filed 10 lawsuits for eminent domain to acquire parts of properties in Northampton and Bucks counties after it was unable to reach agreements with landowners.

Pipeline opponents are hopeful that if the project is delayed long enough, it will no longer be financially viable.

“This is really good news. The Court of Appeals will delay the PennEast pipeline until the court case is decided. …The pipeline could be delayed for a year, or even two to three years,” said Jeff Tittel, director of the New Jersey Sierra Club.

During that time, market conditions could change, making the project less viable, and permits could be denied, said Tittel, who believes the ruling could also affect construction on the Pennsylvania side.

“Why would you begin building in Pennsylvania if New Jersey is going to be up in the air for a few years? You’re going to be building at your own risk if the entire project doesn’t more forward,” he said.

Although the 11th Amendment makes New Jersey immune to lawsuits in federal court by private companies, PennEast argued that it could pursue eminent domain claims in federal court because it had authorization from the Federal Energy Regulatory Commission to pursue construction of the pipelines and acquire the land. U.S. District Judge Brian Martinotti agreed with PennEast.

Kornick said PennEast is confident the lower court’s decision will be upheld.

The partial stay by the panel relates to an appeal of a December decision. U.S. District Judge Brian R. Martinotti at the time ruled that PennEast had met two main Natural Gas Act requirements to secure the permanent and temporary easements it needs to build the pipeline, which is slated to run through New Jersey and Pennsylvania.

The judge found PennEast had a valid construction certificate from the Federal Energy Regulatory Commission and had shown it hasn’t been able to reach agreements with landowners to buy the needed properties. Judge Martinotti added that New Jersey’s eminent domain law is federally preempted and there’s nothing in the language of the NGA that requires companies to negotiate in good faith with landowners before pursuing eminent domain.

New Jersey earlier this month asked the Third Circuit to pause Judge Martinotti’s decision to allow the seizure of the properties pending appeal, calling the judge’s ruling an affront to its sovereign immunity. The state asserted that the lower court decision not only deprived New Jersey of its right to immunity from private citizens’ suits, but also endangered the state’s preserved land.

PennEast hit back a week later, claiming New Jersey failed to show it would be harmed if the ruling were not paused pending its appeal.

Among other arguments, PennEast contended that the state actually asked that the pipeline cross much of the land that it now claims would be damaged, with the company noting it only wants to survey the land to see if it’s fit for the pipeline. The developer also noted that New Jersey for decades has allowed other pipelines to run through protected land.

As you can tell from the article above, there are still other lawsuits hanging out there that could, potentially, block the PennEast project. We doubt they will bear fruit, but fighting them takes time and energy and most of all, money. We think if someone (Big Green) files a lawsuit against a project like PennEast and loses, they should have to pay the legal fees of the other (winning) side. That might make these disgusting groups think twice before launching a blizzard of frivolous lawsuits against pipeline projects.

PennEast is taking it all in stride. We emailed Pat Kornick, spokesperson for PennEast, asking her for a comment on the Third Circuit’s ruling yesterday. She responded with this:

PennEast continues to make very good progress on the surveys in New Jersey and appreciates that the Third Circuit Court’s order allows PennEast to continue with the surveys. Results from the surveys will allow PennEast to submit applications to the NJDEP.

PennEast also views the expedited schedule positively and is confident the New Jersey District Court’s ruling will stand. Federal District Court Judge Martinotti thoroughly reviewed and evaluated each of the State’s arguments in context of applicable law and concluded that the State’s arguments are not grounded in law and that the PennEast Pipeline is able to advance.

Editor’s Note: PennEast optimism appears warranted but what a long tough slog it is to get anything done in a Northeast state such as New Jersey where masses of unaware urban voters decide elections and politicians are able to cater to special interests without penalty. Think of the hundreds of millions of dollars wasted in time and money just trying to build this infrastructure absolute required to deliver gas to New Jersey when it needs it. Is it any wonder rational folks are leaving the Garden State?