The Pennsylvania DEP admits the state’s gas industry is protecting water resources. Yet, it has signed onto the DRBC fracking ban. Why the double-standard?

Pennsylvania DEP has just come out with its 2018 Oil and Gas Annual Report. It’s an annoying report from a presentation perspective; with a black background and hard to read white text. The report is also disjointed and has the look of something prepared by a high school sophomore who fancies himself a trail-breaking web designer. Put that aside, though and you find some interesting stats and one huge disclosure that goes against Pennsylvania DEP support of a DRBC fracking ban.

First, let’s look at those stats, starting with this chart: 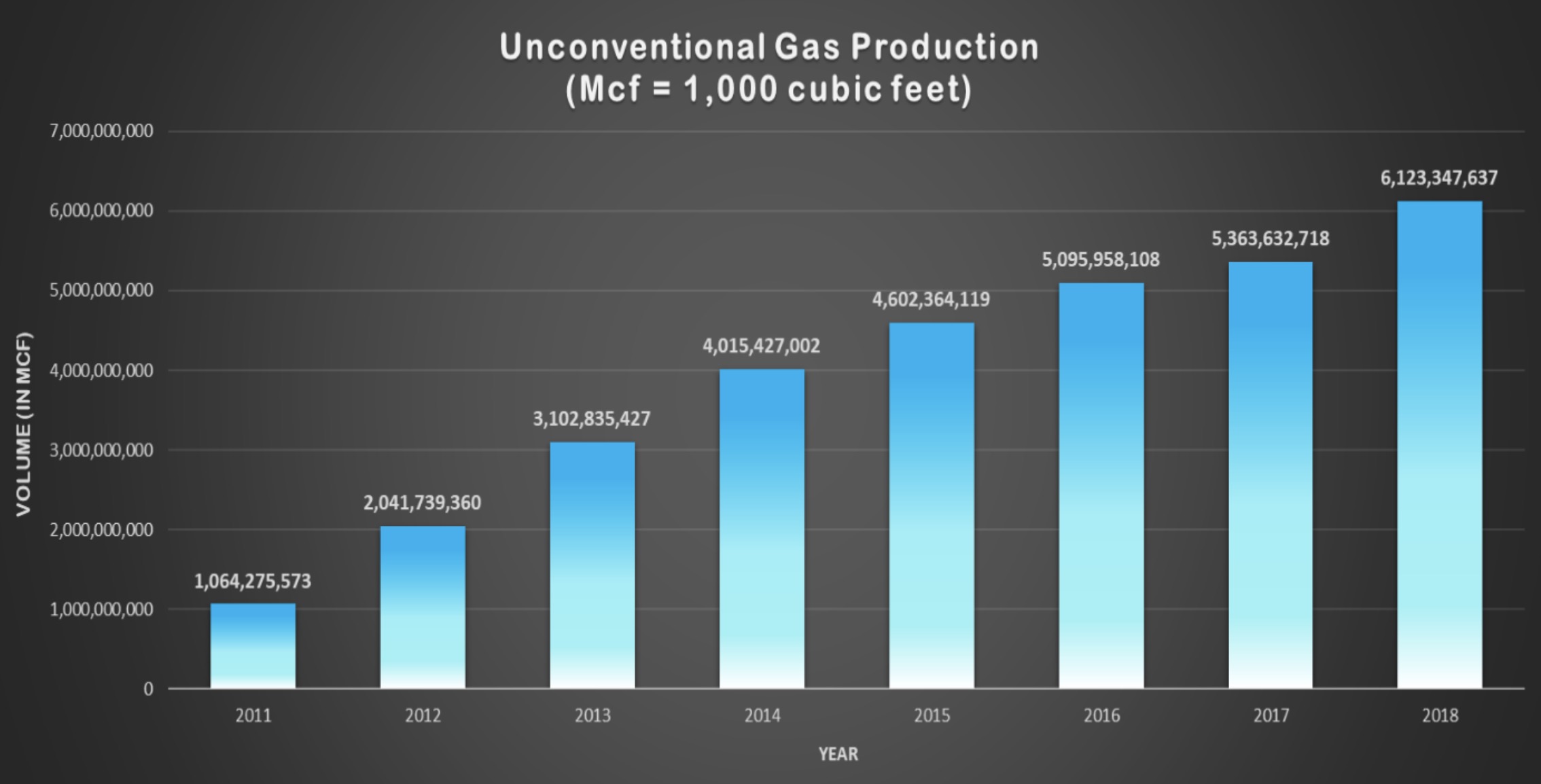 In 2018, about 90 percent of all produced fluids was recycled and/or reused in the production/hydraulic fracturing of other natural gas wells.

Yes, recycling of the water used in fracking that comes back to the surface is now standard industry practice. So much for worries about treatment and discharge.

Here’s the biggest news, though:

DEP released the Mechanical Integrity Assessment (MIA) dataset and an accompanying report on April 13. The data consists of tens of thousands of well inspection reports from both conventional and unconventional operators dating back to 2014.

Each quarter, operators are required to collect information on wellhead pressures, annular pressures and flows, leaks, and severe corrosion; and submit this information to DEP. Oil and Gas Program staff use the data to assist in water supply complaint investigations, determine if well conditions are changing as a function of time and to assist in the prioritization of inspection activities.

The MIA program is unique in comparison to other oil and gas regulatory program requirements and places Pennsylvania in the lead with respect to the implementation of digital, routine inspection programs aimed at ensuring the protection of water resources.

DEP’s oil and gas program completed an initial audit and field study of the information reported by operators and found that most of the data submitted suggests that wells in the state are being operated in a manner that is protective of water resources and that the most common issue is misreported information in the standard reporting forms.

Pennsylvania DEP admits the Commonwealth’s natural gas industry is protecting water resources and the most common problems are, in fact, paperwork errors. This goes directly in the face of fractivists such as Vera Scroggins who are so fond of repeating violation numbers.

More importantly, the data and the admission that the industry is, in fact, protecting Pennsylvania’s water, goes directly against the Pennsylvania DEP position on a DRBC fracking ban. While DEP staff votes on behalf of Governor Tom Trust-Funder Wolf to move forward with a ban at the DRBC, other DEP staff in its Office of Oil and Gas Management are reporting there’s nothing to fear; produced water is being recycled and water resources are being protected. Pennsylvania’s Department of Conservation and Natural Resources says essentially the same thing. Such is the hypocrisy and injustice of the Wolf administration.