Pennsylvania is now in the midst of a thrilling second decade of an energy revolution never imagined possible a dozen years ago and it has raised us all up.

Cabot Oil & Gas Corporation, Energy Transfer and the Greater Susquehanna Valley Chamber of Commerce hosted a Think About Energy Briefing on Wednesday, September 4 at the Country Cupboard in Lewisburg, Pa.

The Lewisburg session provided information to attendees on the supply and price outlook for natural gas; natural gas infrastructure developments; and natural gas use in the power, transportation, and commercial sectors, among other topics.

“Pennsylvania produced more than 6 trillion cubic feet of natural gas in 2018 and is the country’s second highest gas producer,” Stark said. “Businesses are putting this local fuel to work across Pennsylvania, families are enjoying lower energy bills and job opportunities are plentiful.”

“New infrastructure projects like the Atlantic Sunrise Pipeline — and forthcoming projects like the PennEast Pipeline, Leidy South Project and others — will provide affordable natural gas to the regional markets that need it. We’re working hard to continue spreading the environmental and economic benefits that natural gas offers,” Stark said.

“Thanks to natural gas, we are in the second decade of an energy revolution in Pennsylvania,” McGinn said. “We are proud to be part of an industry that continues to offer family-sustaining jobs and lower energy costs for families, businesses and communities statewide and beyond.”

Joe Lloyd, vice president of operations for Panda Power, discussed trends in the power sector and the growing role of natural gas-fueled electricity in the Pennsylvania energy revolution.

“Panda Power is excited to be developing state-of-the-art power generation facilities that are taking advantage of Pennsylvania’s abundant natural gas,” Lloyd said. “Just down the road from today’s briefing is our Hummel Station generating station in Shamokin Dam, and just up the road outside Williamsport is our Patriot Power station. These plants, which total nearly 2 gigawatts of clean electric generation, are part of Panda’s growing fleet of reliable gas-fueled electricity.” 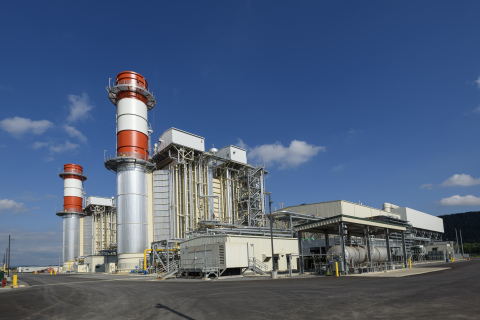 Lloyd went on to discuss the environmental benefits of natural gas-fueled electricity.

“American power sector emissions are declining thanks to the increased use of natural gas,” Lloyd said. “Additionally, natural gas is helping advance the integration of renewable energy, such as wind and solar power, into the nation’s electric grid as only a natural gas-fueled power plant can step in quickly enough when renewable energy power plants unexpectedly stop generating electricity.”

“It’s an honor to represent the hard-working families of Pennsylvania’s 12th Congressional District many of whom work directly or indirectly in the energy field, and in particular the natural gas sector,” Rep. Keller said. “Pennsylvania, and specifically counties here in the 12th District, has been at the forefront of America’s natural gas revolution “ a revolution that has had far-reaching benefits. It’s given America a strong foreign policy tool, fueled our economy, saved family farms, lowered our carbon footprint, spurred manufacturing investments and the list goes on.”

Rep. Keller also highlighted his role on the House Education and the Labor Committee, and the importance of introducing energy, utility and trades careers to young people.

“Pennsylvania has always been an energy pioneer, and thanks to prolific natural gas resources and continuous innovation that’s not changing anytime soon,” Rep. Keller said. “I have seen first-hand the great relationship the energy industry has created with education institutions to satisfy workforce development needs for energy producers and beyond. I will work closely with these companies to ensure these partnerships continue to prosper and create a better future for the families of Pennsylvania’s 12th Congressional District.”

For more on the September 4th Think About Energy Briefing and the briefing series’ history, visit www.thinkaboutbriefing.com.