PG&E California Blackouts – Do They Portend Our Energy Future?

PG&E California blackouts, intentional, tell us so much about what is wrong with that state’s energy policies and those planned for us by anti-gas folks. Dan Markind explains with his post at Forbes.com.

Pacific Gas and Electric provided its customers in northern California with a glimpse of the future last week. Due to extremely dry conditions coupled with the prospect of strong winds, and cognizant of last year’s massive forest fires partially sparked by PG&E power lines, the utility instituted rolling power blackouts over large areas of its territory. 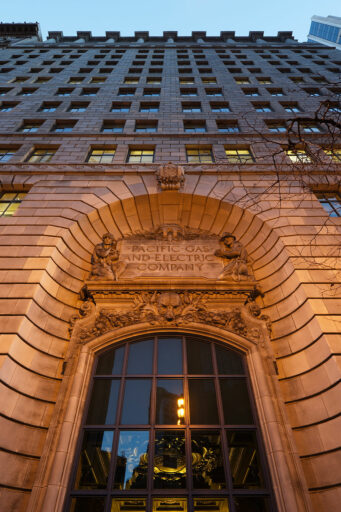 Starting Wednesday, October 9, Californians in 34 counties had their power suspended by PG&E, which filed for Chapter 7 bankruptcy protection in January in the face of huge potential liability over the 2018 fires. Approximately 800,000 people were, or still are without power. Some blackouts lasted for days.

Not surprisingly, the preemptive outages angered many of the affected Californians. Weather forecasts kept changing, and few knew exactly how long the outages would last. Planning for even the most basic functions was a challenge. Scientists at the University at Berkeley, for example, scrambled to save their specimens without power for refrigeration.

The PG&E situation was a function of many things, including the failure to invest over the last few decades in new equipment and the latest technology. PG&E’s power lines are old. In March, press reports noted how PG&E was aware of the antiquated nature of much of its infrastructure for years but failed to address the problem. Now PG&E spends large amounts of needed capital in United States Bankruptcy Court. Much of the current situation can be laid at the feet of historically myopic mismanagement.

But in a larger sense, PG&E is a cautionary tale to those who insist on a complete transition of our energy grid in a very short time. While the symbiotic goals of modernizing the grid and switching from fossil based electricity to readily available renewable energy sources remain laudable, the devil always is in the details – in this case getting the renewable power from where it is produced to where it is needed. Those who champion a quick conversion to renewable energy sources never seem able to fully explain where the new power lines will go that will be needed to transmit electricity from renewable sources.

Governors like Andrew Cuomo of New York fight new oil and gas pipelines, but conveniently omit the other side of the equation – how they will transmit energy without the pipelines. Governor Jay Inslee of Washington is releasing a detailed conversion plan, which is admirable, but even that says little about where power stations would be located and how power would be transmitted. Is the substitute for underground pipelines in New York State above-ground power lines to bring in more hydroelectric power from Canada? If so, is that actually safer and more desirable for the citizens of the state than the provably low risks associated with modern day pipeline construction?

Meanwhile, the residents of northern California pay the price for PG&E’s past failure to modernize. These same residents also demand a switch to renewable energy. If that would mean large amounts of new power lines and/or even more intermittent blackouts, how long will they retain their enthusiasm?

We speculate on all of this because our elected officials and academics take the easy way out. Often, they appear more concerned with stating what is wrong than expending the political capital and incurring the sacrifices to work on what is right. For example, Massachusetts Senators Elizabeth Warren and Edward Markey are leading the charge against a compressor station to transmit natural gas in their state, but they fail to lead a concomitant effort to propose a substitute.

Reaction to the last few days will show how much patience Californians, and by extrapolation the American people as a whole, have for extended power outages. If in extremely liberal and progressive northern California residents are not willing to live without consistent power, it is unlikely that people in other parts of the country will do so either.

Daniel Markind is a shareholder at Flaster Greenberg PC who practices in Energy, Real Estate, Corporate, and Aviation Law. He can be reached at . Any opinions expressed in this article are those of the author, and do not necessarily reflect those of Flaster Greenberg PC.