Philadelphia and Its Problem with Success: What’s Wrong?

Garland Thompson asks where Philadelphia is headed if it can’t recognize opportunity right in front of it and notes the Inquirer is no friend of the city.

Speaking of the Mariner East (ME) pipelines and the NGLs (primarily ethane, but also propane and butane) they flow, why isn’t the organized business community (i.e. Greater Philadelphia Chamber of Commerce) doing more to stick up for the ME pipeline projects? MDN friend Garland Thompson, a gifted reporter/writer who covers energy and technology issues for US Black Engineer & Information Technology magazine, recently penned an open letter to the Philly Chamber challenging them to get off their collective butts and defend ME and the jobs it will create in the greater Philly region. 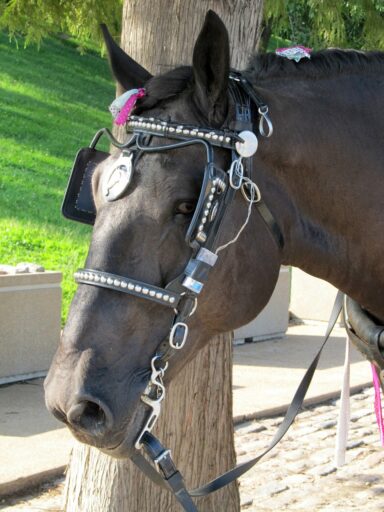 Perhaps this is why Philadelphia can’t see. Its leadership has put on blinders that won’t allow it to see opportunity.

Garland sent the following open letter along to MDN for publication:

Open Letter to the Greater Philadelphia Chamber of Commerce

I read a damning editorial in The Philadelphia Inquirer recently, excoriating the building of the three-line Mariner East transmission system and cheering rumors of a purported FBI investigation of how Pennsylvania authorities decided to grant permits for its construction. And I wondered how the Chamber of Commerce, which over the last several years has held breakfast briefings promoting the formation of an “Energy Hub” in the Delaware Valley, could keep silent watching the region’s leading newspaper loudly denouncing such efforts.

“Wrong Direction on Energy,” The Editorial Board’s missive thundered, arguing that Sunoco L.P., the Energy Transfer Partners subsidiary that built the line should not have done it, in light of eminent scientists’ warnings about a climate-change emergency caused by humanity’s reckless use of hydrocarbon energy to power our modern technology-dependent lifestyle. Perhaps an investigation by the vaunted Federal Bureau of Investigation would lay bare the bad decisions – maybe even improper political pressure! – by Pennsylvania Gov. Tom Wolf and his State Capitol cohorts in forcing the Department of Environmental Protection to permit this “Wrong Direction” pipeline system to be built.

Lost in the Noise

Dave Spigelmyer, CEO of the Marcellus Shale Coalition representing 200-plus companies producing or supporting production of the Marcellus and Utica shales’ natural gas and petroleum resources, wrote a letter the paper published pointing out the economic benefits of the new energy developments, but he could not match The Inquirer’s editorial gravitas.

The Greater Philadelphia Chamber might be able to, but the Op-Ed pieces and ads that powerhouse business advocacy group might have published answering the editorial’s angry thrust sadly were lacking. The Chamber, whose Greater Philadelphia Energy Action Team is so often out of action in explaining to the average Delaware Valley resident what is real and what is not real about the shale energy revolution – and what’s actually in it for job-seekers, small-business owners, and the health and prosperity of the region — was silent.

A fact the writers missed

I couldn’t help wondering if The Inquirer’s editorial writers knew Mariner East, laid simultaneously across 350 miles of the Commonwealth’s hilly, forested landscape from the Ohio Valley’s “rich gas” fields to the Marcus Hook Industrial Center, actually is designed to bring natural gas liquids – feedstocks for petrochemical manufacturing, not just fuel – to the Delaware Valley. Perhaps the Editorial Board might reach a different conclusion if its members had read the Team Pennsylvania Foundation’s report on opportunities for petrochemical industry growth in the Commonwealth, revealing that Southeast Pennsylvania already is this country’s second-largest center of plastics making – second only to the Chicago area – and if they realized Mariner East could help it grow.

But maybe not, since plastics today, ubiquitous across the consumer and business landscape, are frowned upon by environmentally conscious writers such as Inquirer writers and editors.

I did wonder as well if the paper’s Business News staff had ever explained that the Delaware Valley also is one of the nation’s biggest producers of agricultural chemicals, synthetic fibers, pharmaceutical products, paints and pigments, home insulation, and even the plastics and synthetic-rubber insulation covering the wires and cables powering The Inquirer’s lights, computers and printing presses – even the cars its reporters drive to cover news – but then again, maybe it didn’t matter.

The Editorial Board’s mind was made up.

Earlier, I had traveled to Pittsburgh to cover the Marcellus Shale Coalition’s Shale Insight 2019 Conference and sat through the presentation by the Solvay Corporation’s Wally Kandel, co-founder of ShaleCrescentUSA, watching Kandel regale energy industry leaders with PowerPoint slides showing how inexpensive natural-gas-liquid resources are in Appalachia compared to Gulf Coast well fields – it’s not only cheaper to produce NGLs here but also to “crack” them to feed petrochemical industry users – and how much closer the “Shale Crescent” fields are to the Northeast’s markets for petrochemical products.

I wondered why I didn’t see a big presence by the Greater Philadelphia Chamber’s representatives at Shale Insight in September, or at Hart Energy’s summer DUG East energy conference I also covered, also in Pittsburgh. There, the Chamber’s business leaders might have gained insights and connections that would not only help them accelerate the build toward the Energy Hub they’d like to build, but also to develop the presentations and arguments that would help Delaware Valley citizens sort out the facts from among the fictions being bandied about shale energy and the fracking technologies that bring the energy resources safely to the surface, with careful protection against disastrous damage to the environment.

What the editors did not see

For that matter, I wondered, reading The Inquirer’s editorial, whether any of its Editorial Board members had done what I would have done when I sat on that Editorial Board: Gone out to see the drilling crews work in Appalachia’s production fields, talk to the people doing the work, go sit through energy conferences across the country to get a real sense of what’s actually happening.

It didn’t seem so, when I read their writings.

It also didn’t seem to me, waiting with some impatience to see a response from the Greater Philadelphia Chamber of Commerce, the Delaware Valley’s champions of business growth, that the Chamber was really ready to stand up and fight for what its members say is right, while Philadelphians watch from the sidelines as residents of other regions march resolutely forward to gain economic benefits exporting Pennsylvania gas and NGLs to the world, “cracking” natural- gas-liquid molecules into precursors to be turned into plastic products, synthetic fibers, and other products we all use.

I do wonder when the Chamber’s business leaders will step up to the line and take their shot, before the folks determined to see their vaunted “Energy Hub” be still-born win the day in the public discussion of values for the future.

Garland L. Thompson covers energy and technology issues for US Black Engineer & Information Technology magazine. He’s a friend of NaturalGasNOW, too, by the way. Check out his guest posts here and here.