Pittsburgh Airport Going Off the Grid, Producing Its Own Shale Gas

The Pittsburgh International Airport will soon be generating its own electricity with the shale gas produced from the wells on the property.

In March 2018 MDN brought you the news that Pittsburgh International Airport (PIT) was exploring the possibility of producing its own electricity. You may recall that CONSOL Energy (now CNX Resources) previously drilled a bunch of wells on airport property and now produces a boatload of natgas every day. The plan would be to use some of that gas to power a microgrid to lower the cost of electricity at the airport complex–a complex where officials are attempting to attract businesses to locate. The possibility is becoming a reality. 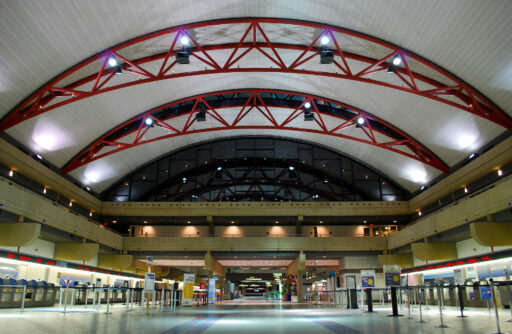 PIT will be “off the grid” by summer of 2021, producing its own electricity via natural gas and a little bit of solar (you have to throw in some solar to make the greenies happy). Here’s the best part: It won’t cost PIT a dime! Peoples Natural Gas is going to fund the project. PIT will get a deeply discounted rate on its electricity, enough to save half a million bucks a year.

Over the next two years Peoples will build a 20-megawatt natural gas power plant and a 2.5-megawatt solar array on airport property. All of the gas (and sunshine) to power the new operation will come from airport property. How cool is that?

From the Pittsburgh Post-Gazette:

Pittsburgh International Airport will be off the grid by the summer 2021 thanks to a private-public partnership with Peoples Natural Gas.

The North Shore-based gas company is getting into the electricity business with its first commercial microgrid project.

Over the next two years, it will build and own a 20-megawatt natural gas power plant and a 2.5-megawatt solar array on airport property that will supply all the electricity needs of the airport campus.

“This is costing us nothing,” said Christina Cassotis, CEO of the Allegheny County Airport Authority. “This is an investment by Peoples Gas.”

The investment will be about $30 million, Peoples officials said. The project is not being developed by Peoples’ utility arm and will not affect customer rates.

For the airport, besides the projected $500,000 annual energy savings and the $20,000 in lease payments from Peoples, “the resilience is priceless,” said Tom Woodrow, vice president of engineering for the airport authority.

Airports around the country were spooked by a major power outage at Hartsfield-Jackson Atlanta International Airport in December 2017, which led to the cancellation of about 1,400 flights.

Ms. Cassotis said that besides being energy independent, Pittsburgh will have “one of the most site-hardened airports in the world.”

“It will almost be impossible for it to be without power,” said Morgan O’Brien, Peoples’ CEO.

“The reason this works is we have all this gas,” Mr. O’Brien said.

It’s already being pulled from under the airport campus, through more than a dozen CNX Resources Inc. shale wells drilled five years ago.

That gas will be blended with gas coming from Peoples’ distribution system and interstate transmission lines and fed into five turbines that will be installed and operated by IMG Midstream, another North Shore-based company.

The solar panels, more than 7,000 of them across eight acres on a hillside, will come from Monroeville-based EIS Solar.

When all the generation is operating at capacity, it will be producing 40% more energy than the airport needs, so Peoples is looking at sending the excess to the regional grid.

The airport will also retain its connection to Duquesne Light’s grid for backup power.

Currently, it costs about $7.2 million a year to power the airport structures. The arrangement with Peoples is, in part, a bet that natural gas prices will remain low for the long term while electricity prices will rise.

Peoples, which is owned by private equity-backed SteelRiver Infrastructure Fund, has made no secret of ambitions to get into small power generation. The company has previously discussed working with developers to build microgrids that turn gas into electricity onsite. Officials said they’re currently in discussions with hospitals, universities and data centers for similar arrangements.

“This is the first of many, not the first and only,” Mr. O’Brien said.

From the PIT airport news site:

We’ll keep the light on for you.

In the wake of several high-profile airport power outages that cancelled thousands of flights and disrupted travel plans across the country, Pittsburgh International Airport announced plans Friday to build a first-of-its-kind microgrid that will completely power the facility.

The microgrid is unique because not only will it power both terminals, the airfield, the Hyatt hotel and a Sunoco gas station, it will be fueled in part by the airport’s own natural gas wells drilled on-site and nearly 8,000 solar panels across eight acres.

“Part of our mission is to be a world leader in aviation innovation and this project is about powering airports into the future,” said Pittsburgh International Airport CEO Christina Cassotis. “This project will bring power resiliency and redundancy to enhance safety and ensure continued operations for the traveling public.”

A microgrid is an independent electricity source that can operate autonomously. The airport’s microgrid, which will be built, operated and maintained by Pittsburgh-based Peoples Natural Gas, will be its primary power source but will remain connected to the traditional electrical grid as an option for emergency or backup power when needed due to extreme weather events or other grid interruptions. The microgrid is expected to be operational by summer 2021. 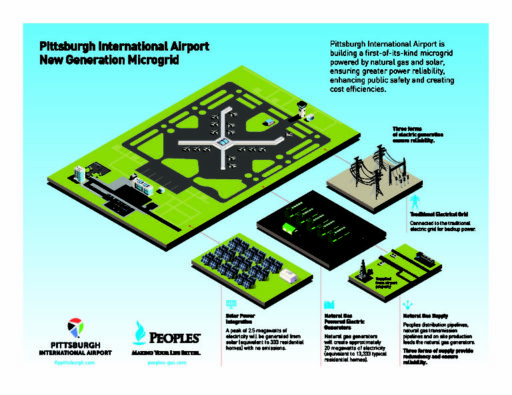 Plans for the microgrid at PIT include five natural gas-fueled generators and approximately 7,800 solar panels. (Image courtesy of Peoples, click for larger version)

Seeing the effect a power outage can have on a major airport – including recent incidents at Los Angeles’ LAX and Atlanta’s Hartsfield-Jackson — were a main driver in deciding to build a microgrid on airport property, Cassotis said.

Airport officials said the microgrid will make Pittsburgh International one of the most resilient airports in the world.

Other major U.S. airports evaluating the possibility of building microgrids include San Diego, Los Angeles and Atlanta. Denver International Airport is also considering plans for a full airport microgrid to bolster its energy reliability, after the city built a microgrid to power a transit center between the airport and the downtown area. Additionally, a microgrid powers the TWA hotel on property at New York’s JFK airport.

Airports are among several other public and private institutions to deploy microgrids as a source for reliable, clean and resilient power, said Jared Leader, Manager of Industry Strategy for the Smart Electric Power Alliance.

“With the threat to operations from natural disasters, it is important for critical facilities, like airports, to explore the concept of installing local clean distributed energy resources that are able to serve critical loads if the grid goes down,” Leader said.

According to energy research firm Navigant, there are more than 2,000 microgrid systems worldwide, with North America having the largest capacity of grids followed by the Asia Pacific region, the Middle East and Africa.

The Allegheny County Airport Authority board, which operates Pittsburgh International Airport, approved a 20-year contract with Peoples Natural Gas as part of the agreement with no cost to the airport, other than its electric bills. Airport officials estimate more than $500,000 in savings in the first year alone. 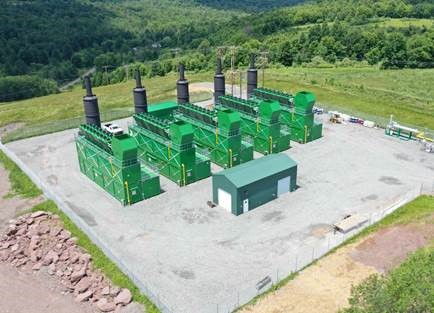 The microgrid will be powered by solar energy and five natural gas generators, similar to the rendering depicted above.

Plans for the microgrid include five natural gas-fueled generators and approximately 7,800 solar panels that will produce more than 20 megawatts of electricity, or the equivalent of powering more than 13,000 residential homes. The airport’s current peak demand is approximately 14 megawatts.

For Peoples, the microgrid project is an opportunity to help the airport develop an innovative solution to produce cleaner, more sustainable energy at a lower cost, and to support future growth and development at Pittsburgh International, according to Morgan O’Brien, President and CEO of Peoples.

“Energy is quite literally part of the bedrock of our region,” O’Brien said. “This project illustrates our region’s ability to show the world how to combine innovation and technology to be more responsible to our environment while creating a modern state-of-the-art airport that people will celebrate and that will help power this region’s growth into the future.”

The microgrid will be powered by natural gas drilled on-site by CNX Resources, in addition to gas from the interstate pipeline system and solar generation.

“The public and private sectors coming together to strengthen an important regional asset and utilizing our abundant, home-grown natural resources to make it happen — this is exactly the kind of pragmatic thinking and leadership that can drive our region forward across the board,” said CNX Resources President and CEO Nick DeIuliis.