Yudichak drops Democrats! He’s always been a pro-development, pro-gas and pro-labor state senator. He’s leaving because the party is none of those today.

As I noted here, State Senator John Yudichak has always been a stand-up guy. He’s been a relentless advocate for labor, supports natural gas development and is a fan of EnergizePA. He knows none of these things are popular with Democrats these days  Every major Democrat candidate for President has come out against the fracking that has finally made America energy independent. Governor Wolf wants to throw away Pennsylvania’s progress on RGGI. Democrats in general have taken to lining up with elite environmental special interests against pipeline workers and energy-consuming consumers. Yudichak has said enough! 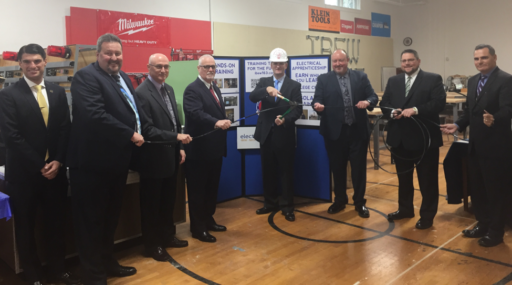 Here is the remarkable story from PennLive (emphasis added):

A state senator from Luzerne County said Tuesday he is changing his party registration from the Democratic Party to become an Independent, and will start attending caucus meeting in Harrisburg with the majority Republicans.

John Yudichak said in a statement that he is leaving his old party because he is weary of “’purist’ politicians who demand that you choose a battle camp. You must pass their litmus test, and declare if you support ‘us,’ or ‘them.’”

Yudichak, who won his third term in the Senate in 2018, said he believes that going forward he will best be able to serve the interests of his constituents as an independent, supporting Democratic and / or Republican ideas case by case when he believes they “serve the greater good and help government work for people rather than the narrow interests of the partisan ‘purists.’”

In a phone interview after he made his announcement, Yudichak said his move is the culmination of a growing feeling that the Democratic caucus in the Senate – which added a number of more liberal Democrats in the last election cycle – has become a harder place for him to represent his constituents from northeastern Pennsylvania…

“It became clear to me that I was going to be a marginalized voice, or worse, a silent voice, if i continued in that caucus,” Yudichak said…

Yudichak – whose next re-election campaign would be 2022 – will be the chamber’s sole Independent, though he will be apparently draw new committee assignments through the Republican leadership.

It was clear to me Senator Yudichak wasn’t happy with Democrats when he showed up at a Think About Energy Forum in Hazleton recently, where House Speaker Mike Turzai and several Republican Representatives presented.

There were two other things that happened at the get-together that also foreshadowed some political realignments. One was Turzai’s commitment to defend Pennsylvania’s prevailing wage law and the other was labor’s reciprocation with an outspoken promise to support Turzai’s EnergizePA initiative. Labor is realizing Democrats have taken them for granted and are selling them out in the hopes of getting the trust-funder environmentalist vote and money. They’ve had it and John Yudichak stands with them. Good for him! There are a couple of others that ought to do the same and they know who they are.