PULSE Project Proves Pennsylvania Governor Is PC and Not Much Else

Tom Wolf’s PULSE project is yet another exercise in futility by a politically correct governor only interested in green virtue signaling.

Gene Yaw gets it. He serves the Williamsport area as State Senator and I was privileged, a few years ago, to spend time with him as he showed off Penn College, which is his pride and joy. A self-described ‘motorhead,’ he is a fabulous advocate of rural America, the trades and natural gas development. He’s also plain-spoken and direct, which I admire, and he’s written a nice rebuttal to our trust-funder governor’s latest attempt at PC politics. Tom Wolf is apparently still straining to impressing his peers from The Hill School with his virtues and his PULSE project is yet another example. But, as Gene Yaw explains, it makes no sense, green or otherwise. 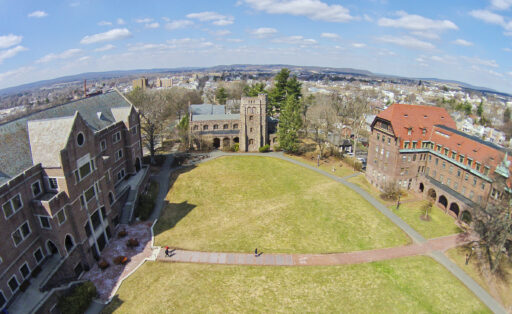 Here is Senator Yaw’s evaluation of the PULSE project and it’s compelling to anyone who’s grown up (emphasis added):

“I have said repeatedly, I favor a diverse energy portfolio,” Sen. Yaw said.   “I am not against any energy source.   What I am against is the failure to recognize what “clean” energy really entails.  There is a manufacturing process, which is totally ignored.   Further, the intermittent nature of wind and solar requires a duplicate generation system powered by coal, gas or nuclear.”

According to the administration’s announcement, Pennsylvania PULSE (Project to Utilize Light and Solar Energy) will go into operation on January 1, 2023.  The project partner will build, own and operate the solar arrays, and seek to create new jobs for Pennsylvanians

“I have two combined cycle gas fired power plants in my district, which produce 825 MW of electricity each for a total of 1,650 MW of electricity day and night irrespective of the weather conditions.  The total acreage for both of these power plants is approximately 40 acres.  To produce that much intermittent solar power, about 12,000 acres of panels would be required.”

According to the National Renewable Energy Laboratory, seven acres of land must be used to produce one MW.  Adding 191 MW of solar could likely occupy 1,337 acres of open farmland.  Yaw noted that to replace Pennsylvania’s current coal capacity of 8,000 MW, 56,000 acres or 87.5 square miles would be needed.  By comparison, the City of Williamsport is roughly 9.4 square miles.

“This project leaves many questions unanswered,” Sen. Yaw said.  “How much is this deal costing Pennsylvania taxpayers for both the solar electricity and the solar credits?  Even if the Administration’s 50 percent reduction numbers were accurate and the ‘LaLa land’ approach were true, what happens at night?    What happens when the sun doesn’t shine? I guess we should just shut down the government buildings, which some would say would benefit the citizens of the Commonwealth.  If this is such a great idea, why doesn’t the state provide 12,000 acres of DCNR land for use in this project?”

“There is a growing public awareness that so-called environmentally friendly energy sources like solar and wind are not so environmentally friendly,” Senator Yaw said.  “Unfortunately, this administration is willing to promote child labor and a reliance on China to produce the materials needed for this so-called clean energy.   As a Pennsylvanian, that is not something to be proud of.   Frankly, I am embarrassed.”

“The Wolf Administration’s go-it-alone approach, and clear failure to engage the Legislature on any energy-related plan will not only cause more pain for Pennsylvania consumers as they struggle to pay their bills, but today’s solar announcement will unquestionably add more stress on the state’s agricultural ecosystem, while raising questions about zoning, decommissioning, recycling and reclamation.”

As I noted in my February 23rd Op-Ed titled, For Sneak Peak of Wolf’s Energy Policies, Mosey on Down to Texas, significant CO2 reductions have been achieved through the use of state-of-the-art technology in the energy sector right here in Pennsylvania. As a result, CO2 emissions from fossil fuel power generation in Pennsylvania has been reduced by 38 percent since 2002. In fact, emissions in the United States are lower than they have been since the beginning of the Industrial Revolution.

That’s going to leave a mark, Tommy Boy! Yes, Gene Yaw gets it and he asked precisely the correct question. When are you, Tom Wolf, going to grow up and stop trying to impress your lefty Hill School classmates? Oliver Stone is never going to do a movie about you and James Cromwell is never going to play you in one, although he’d be perfect. You might better emulate the Trump boys. They get it, too, even though they share your Hill School background.