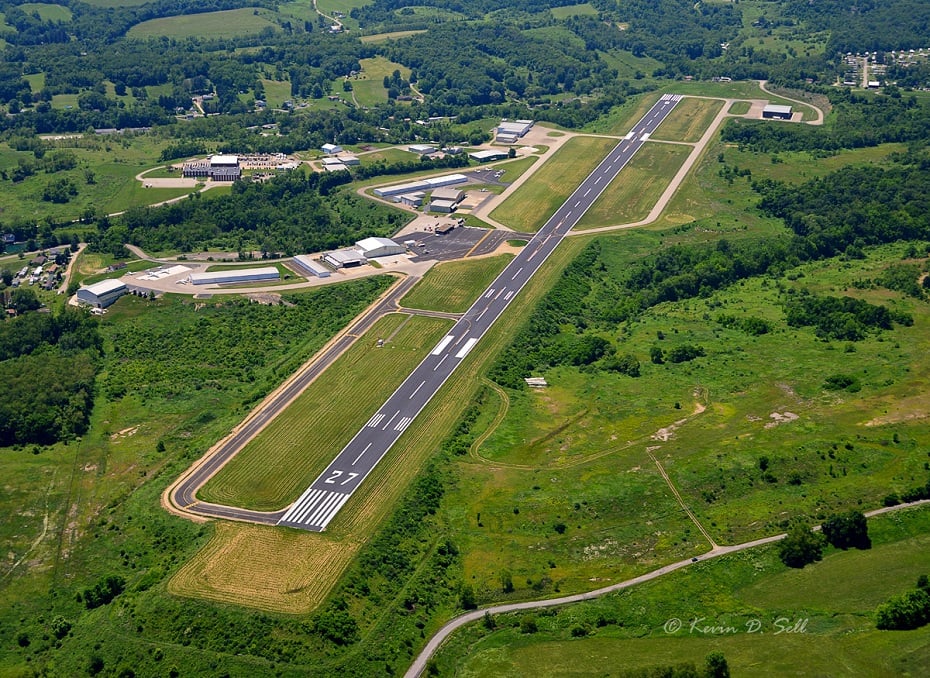 Near as we can tell, any kind of Range drilling program in Washington County would be much smaller than what’s happening at the Pittsburgh International Airport (PIT). At PIT, CNX’s plans called for constructing six well pads on airport property, drilling 47 wells from those pads. We believe it’s either done, or well on the way to getting completed.

With the Washington County Airport (which only has one runway), Range will not construct any pads on airport property but use pads on adjacent property. We don’t know how many wells Range contemplates drilling. What we do know is that Range has asked the Washington County Redevelopment Authority to hire an engineering firm to conduct an analysis of the air space, for a potential well pad in the area. Range is paying for the work. This is the first step in Range drilling under the airport.

The Washington County Redevelopment Authority, which is in charge of operations at the county airport, received permission from the board of commissioners recently to have L.R. Kimball engineers, a division of CDI Infrastructure, analyze air space for a possible natural gas well pad.

The cost of the analysis – $4,950 – will be reimbursed by Range Resources.

There are no plans to place wells on airport property, but wells Range drilled around reservoir property in North Franklin Township had to be approved by the Federal Aviation Administration based on information regarding the height of well pads, tanks and drilling rigs, said William McGowen, executive director of the redevelopment authority.

The county owns some, but not all, of the gas rights under the airport, he said.

Although the size differences are considerable, Pittsburgh International Airport’s website notes that in July 2016, Consol Energy announced the beginning of natural gas production there.

Six wells on Pittsburgh International’s Pad No. 2 are on line and are part of the MarkWest midstream infrastructure system, which was constructed specifically for the project.*