Renewables investors are, too often, simply crony corporatists seeking subsidies for their green eggs and scam projects and they fund pipeline opposition.

The Daily Local News tells us serial protester Luke Bauerlein organized another Mariner East stunt on Saturday, as three dozen demonstrators shut down pipeline construction for about an hour. This was the second stupid pipeline trick pulled by Bauerlein in a little over month and a half. I wrote about the first stunt here, noting this protester was, effectively, an agent of the leftist political group ActBlue. What I didn’t address are the renewables investors who are part of ActBlue’s base of support. 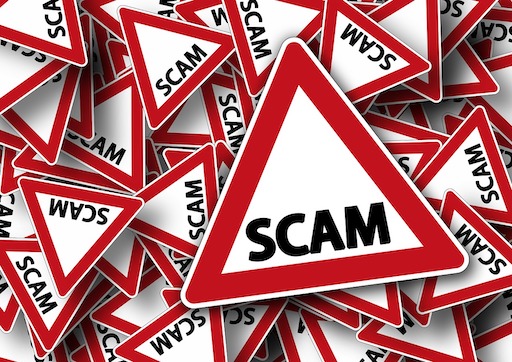 We were told by fractivist outlet StateImpactPA that Luke Bauerlein is “an organizer with the Halt Mariner Now group,” and it should know, as it is paid by the Heinz Endowments and William Penn Foundation to be an echo chamber for the likes such noisemakers. Here’s what I pointed out earlier about Bauerlein:

That isn’t all. Luke Bauerlein, the “organizer,” has a Facebook page that shows he’s a Bernie Bro and organizer for a whole host of radical causes. It also show he “manages” a group called PA Statewide Indivisible as well as the West Chester University Poetry Center, Indivisible Chester County, the Mama Bear Brigade and The Late Greats, whatever that is. It appears his job, such as it is, has something to do with an “Indivisible” organization.

A little more research indicates it is this group, which is focused right now on Impeaching President Trump. It is funded through ActBlue Civics, founded by Jonathan Zucker the top donors to whom include Google’s Eric Schmidt (also of NRDC gang and Ivanpah infamy), Adelaide Park Gomer and James Simon — all big-time fractivists. Tom Steyer, too, has given them money and the Soros family has as well. It is really two organizations; the Indivisible Project, which is a 501(c)4 political tax-exempt, and Indivisible Civics, which is a501(c)3 tax-exempt charity, potentially allowing the organizations to swap resources and work around charitable tax-exempt restrictions on political activity.

I only identified a few of ActBlue’s funders. Eric Schmidt, James Simon and former coal guy Tom Steyer are all renewables investors, but there are several more crony corporatists in the mix as well. Some, indeed, are very surprising until you know more about them. Take Michael Polsky, for instance. He’s CEO of Invenergy, which I’ve defended numerous times here as the developer of the new natural gas plant in Lackawanna County. I defended Invenergy from attacks by serial protestor Alex Lotorto, for example, and from radical attorney Jordan Yeager.

Why would Invenergy’s CEO fund ActBlue, which funds protesters not unlike Lotorto and especially individuals focused on opposition to pipelines essential to delivering gas to their power plants? The answer is to be found on their website:

We develop, own and operate large-scale renewable and other clean energy generation and storage facilities worldwide.

Invenergy is a major pig at the trough of government subsidies for wind and solar projects. It hedges its bets with natural gas, which it knows is essential to renewables development, but it is one of several renewables investors who talk innovation big-time as they’re grabbing public money as fast as they can get it to finance uneconomic projects. Keeping that money flowing demands politicians who will vote for more subsidies. Michael Polsky donated $25,500 to ActBlue in 2014 and another $12,500 in 2016 (latest data available).

Another large donor to ActBlue is William H. Janeway, a Special Limited Partner with Warburg  Pincus, which is also hedging its bets on oil and gas with government rent-seeking for “alternative energy and renewables” projects. Janeway gave $144,650 to ActBlue during the 2016 election cycle. Why? We get the answer in a book he wrote:

He is the author of Doing Capitalism in the Innovation Economy: Reconfiguring the Three-Player Game between Markets, Speculators, and the State, the substantially revised and extended new edition of the book initially published by Cambridge University Press in November 2012.

The title tells all. Janeway is about using the state to line the pockets of investors and renewables investors are at the front of the line with their hands out. “Innovation” isn’t something that can ordered or directed by the state. It happens organically when speculators take risks and markets reward. Involving the state in picking winners and losers is a recipe for ripoffs, plunder and political deceit by the likes of Governor Andrew “Corruptocrat” Cuomo.

These two examples, combined with those of renewables investors Schmidt, Simons and Steyer offer a glimpse into how crony corporatism works. It funds political interference with oil and gas to seek future government rents for green eggs and scam. Part of that funding invariably helps fund useful idiot serial protesters who pull stunts to raise the cost of oil and gas development. The idea is to clear a path for renewables investors to get to that trough of government money.