Opportunities abound in the shale region, including the providing of such critically important services as portable restrooms in the field.

The majority of activities involved with the natural gas industry occur outdoors. This means that access to modern conveniences for those who work the rigs and lay pipelines are often limited. Some of the unsung heroes in our industry are the people who provide clean portable restrooms for our employees. This week, we put the vendor spotlight on Montrose Septic. We have been doing business with them for more than a decade. 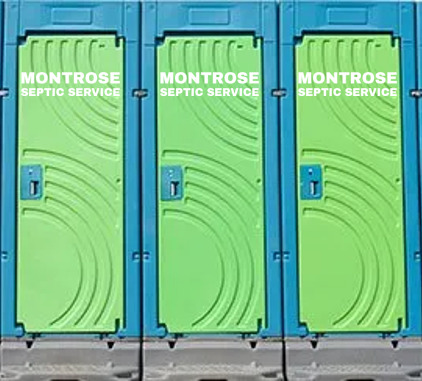 Nick Grisafi started the company with his older twin brothers Jim and Vince. They are Montrose High School alumni who managed a dairy herd on the family farm on Waterford Road in Bridgewater Township after graduation. The farm is part of more than 500 acres of land accumulated by their great grandfather and Italian immigrant, Ignazio Grisafi. The owners of Montrose Septic acquired their tract from their father, Jim Grisafi, and the brothers still live adjacent to each other there.

As if running a farm and each man driving a school bus for 20 years wasn’t enough to keep them busy, the Grisafis started Montrose Septic in 1999 and added portable toilets to their service line in 2001.

They sold their cows in 2002 and the men retired from busing. Montrose Septic was sailing smoothly, perfectly poised to ride an unprecedented wave of opportunity. “The first 10 years went well,” Vince recalled. “Then, when Cabot got here in 2008, that made us a lot busier.”

As the gathering lines and pipelines were laid, the demand for portable restrooms in the county nearly doubled, pushing the brothers to expand their stock. On average, Montrose Septic has 300 portable restrooms in use and continues to offer a full range of commercial and residential septic services. “We grew with them,” Nick said of their relationship with Cabot. They now maintain a fleet of three septic trucks, three potty trucks and two freshwater tankers.

While the numbers fluctuate, the Grisafis and employee Tim Dolaway are managing restroom facilities at as many as 15 rigs. Half of these are ours. Though the brothers insist that all the companies they work for maintain clean and well-organized sites, Cabot often stands out because of their employees. “The Cabot company guys are good people,” Nick maintains. “They always treated us well. If we saw an issue and told them about it, they’d take care of it. You can’t beat that.”