[Editor’s Note: DEP collected 13,000 comments on RGGI and advocates are falsely portraying this as Pennsylvanians clamoring for idiotic “climate action.”]

The Pennsylvania Dept. of Environmental Protection (DEP) received some 13,000 public comments on its horrible plan to force PA residents to pay $2.36 billion in new energy taxes (a carbon tax) for electricity produced by coal and natural gas power plants–a scheme called the Regional Greenhouse Gas Initiative (RGGI). The plan would greatly reduce the number of gas-fired power plants operating in the state and create energy insecurity for the entire PJM portion of the national electricity grid. 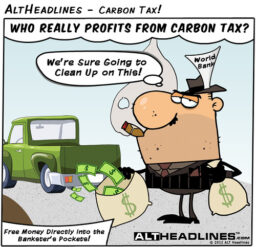 According to PA Sen. Wayne Langerholc (R), and PA Rep. Jim Rigby (R), RGGI is NOT about so-called climate change but instead about “the use of a state regulation to accomplish an appalling policy goal of Gov. Tom Wolf – to eliminate, as fast as possible, all five remaining coal-fired power plants in Pennsylvania, three of which support thousands of jobs in our region and provide low-cost, reliable power to millions of Pennsylvanians.”

A side “benefit” of RGGI (for Democrats) is that it will make Marcellus gas-fired power plants uneconomic too, thereby closing many of them in addition to closing PA’s coal-fired plants.

RGGI, for those new to MDN, is a carbon tax plan cooked up by New York and New England that forces power plants that emit carbon dioxide (the very same compound every living/breathing mammal exhales with each breath) to pay an insanely high tax for the privilege of operating. It is anti-capitalist and anti-competitive, and pro-big government and pro-high taxes. Wolf is hellbent on making it happen, against the express wishes of PA residents and their representatives in the legislature.

The DEP recently closed a public comment period on the RGGI plan. According to PBS StateImpact, the agency got more comments on this abysmal plan than any of the agency’s other hair-brained plans floated in the past year:

Thousands of people weighed in on Pennsylvania’s proposal to join a regional effort to curb carbon dioxide emissions.

The Department of Environmental Protection now must read the more than 13,000 comments on its draft rule to join the Regional Greenhouse Gas Initiative (RGGI) and use them to inform its final regulation.

Other regulations proposed last year didn’t get nearly the same response. A proposed rule for emissions from the oil and gas industry attracted about 4,600 comments.

Under the program, power plants will have to pay for each ton of carbon they emit. The money can be invested in things like clean energy and energy efficiency.

Environmental groups claim there’s overwhelming support for the rule, which they say will be a big step in addressing climate change.

PennEnvironment said it rallied 3,000 activists and volunteers and worked with 30 state lawmakers to show support.

Opponents to RGGI say it won’t effectively reduce pollution and will kill jobs in coal-related industries.

“Greene County barely even has broadband access,” Gleason said. “The virtual public hearings were a great disservice to the communities that will be impacted that are largely more rural Pennsylvania.”

While maps created by Penn State Extension shows some rural areas do still lack broadband access, people also had the option to join virtual hearings by phone or submit comments by mail or email.

DEP says all comments, whether written or verbal, are given the same weight.

While the formal public comment period is now over, DEP committees that evaluate regulations accept public comments during regular meetings. Legislative committees may also hold hearings on the RGGI process.

The agency plans to present a revised rule to advisory committees this spring and have a final rule by the end of the year. The Wolf Administration hopes to join RGGI in 2022.

The reliably Democrat/left “reporter” from PBS’s StateImpact Pennsylvania uses her words carefully to disguise how many of the comments were for the RGGI carbon tax, and how many were against. We’re guessing the majority of comments were against; otherwise StateImpact would have put a different spin on the story.

If PennEnvironment could only muster 3,000 people to send in a comment (even assuming there were a few other environmentalist wacko groups doing the same), we seriously doubt if half of the comments actually supported RGGI.

Here’s just one example of those against…Armstrong County officials unanimously passed a resolution against RGGI:

Armstrong County officials are backing the area’s state senator in his efforts to oppose state plans to implement the Regional Greenhouse Gas Initiative.

Joined by state Sen. Joe Pittman (R-Indiana) and state Rep. Jeff Pyle (R-Ford City) at their Jan. 7 meeting, Armstrong County Commissioners Don Myers, Jason Renshaw and Pat Fabian unanimously approved a resolution in opposition to the state’s plan to create a cap-and-trade program that would impose a tax on power plants that use coal and natural gas.

“We’re very concerned about the proposal being considered by Gov. Wolf and his administration,” Pittman said, noting the impact the plan would have on power plants in the area, as well as local jobs in the coal and natural gas industries.

“Consumer prices for electricity would skyrocket,” Pyle added, noting that the plan would force the phase out of coal use.

“This is not a partisan issue in our area,” Pittman said, urging the commissioners to take up the matter with the County Commissioners Association of Pennsylvania.

Fabian, who noted that the Armstrong County Board of Commissioners adopted a similar resolution a year ago, said they would take the issue to the state organization.

The commissioners’ resolution states that Armstrong County “has an immediate and significant interest in this proposed regulation as a host county to impacted coal-fired generation units.”

“These reductions have been accomplished while Pennsylvania has maintained a stable and reliable supply of electricity at competitively priced rates,” the commissioners stated in their resolution. They added that if the plan is put into place, it would eliminate more than 87 percent of existing coal generation in Pennsylvania and “impair the future competitiveness of all natural gas generation.”

Editor’s Note: If you believe Pennsylvanians are “clamoring for concrete action on the climate,” as the shills at PennEnvironment suggest, you are buying into a complete scam perpetuated by a cabal of elites such as those at the William Penn Foundation who fund the photo scandal prone PennEnvironment to advocate for RGGI and then, too, fund StateImpact PA to echo and spread the claims.

There is no groundswell of support for climate action in Pennsylvania; only a move by special interests to force RRGGI down the throats of Pennsylvanians as an energy tax designed to raise the cost of electricity, force out clean economical power generation via natural gas and provide a slush fund to finance green eggs and scam that elites see as a grifting and virtue signaling opportunities rolled into one great reset.