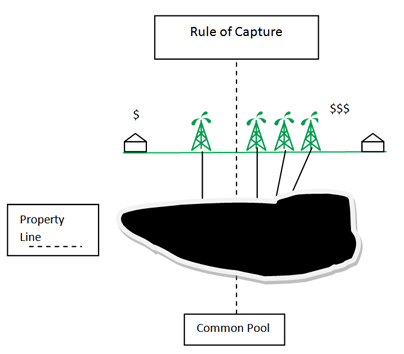 In November the Pennsylvania Supreme Court agreed to hear a case, Briggs v. Southwestern Energy, that is hands-down the most important court case to ever happen regarding the Marcellus Shale in PA. And no, we’re not exaggerating. A blizzard of briefs by Southwestern and those supporting Southwestern were filed earlier this week.

The issue, in brief, is that the PA Superior Court decision disallows using the age-old principle called the “rule of capture” when it comes to shale drilling and fracking in PA. Southwestern Energy successfully argued in a lower court that the odd crack here and there that may slip under a neighbor’s property from fracking is permissible. The neighboring landowner, not signed with Southwestern, appealed that decision to Superior Court and won. Southwestern then appealed the case to the PA Supreme Court and the court agreed to hear the case (see PA Supreme Court Agrees to Hear Briggs “Rule of Capture” Case).

How will this affect nearly every landowner, signed or not, in shale regions of the state? Click here to read our explanation of the rule of capture and why this case is important for every single landowner (and non-landowner) in PA.

The new news is that earlier this week a huge pile of briefs was filed by “our side” in the case–by Southwestern and those supporting Southwestern’s position. A brief is a legal argument for or against a particular position or decision. A brief lays out the best thinking on the matter at hand.

Among the briefs filed were two filed by individuals, both geologists: Terry Engelder, former professor at Penn State University and the “father of the Marcellus”; and Thomas Gillespie, geologist from Bethlehem, PA.

We’ll begin with Tom Gillespie’s brief, which lays out the reasoning for why and how the Superior Court got their decision wrong. He lists the fundamental misunderstandings on which the Superiors based their decision.

Next is the brief from Dr. Terry Engelder:

The brief from Southwestern Energy itself:

A combined brief from the Marcellus Shale Coalition and the Pennsylvania Independent Oil & Gas Association (PIOGA), further endorsed by the Independent Petroleum Association of America:

A brief from the mighty American Petroleum Institute (API):

Finally, a brief from the Pennsylvania Chamber of Business and Industry:

Yeah, a lot of briefs. We doubt you will read them all (unless you’re a lawyer). Read the first one or two and you’ll get the gist of the arguments in this vital case.