Shale Magazine just ran a story from yours truly about how shale is reviving Rural America; how the shale revolution is yielding real change for real people.

Have you checked out the Shale Magazine? If you haven’t yet, do so. It’s an excellent online journal chronicling the continuously unfolding shale revolution. I’ve been fortunate enough to have contributed a couple of articles, including this one about “How Shale is Reviving Rural America.” 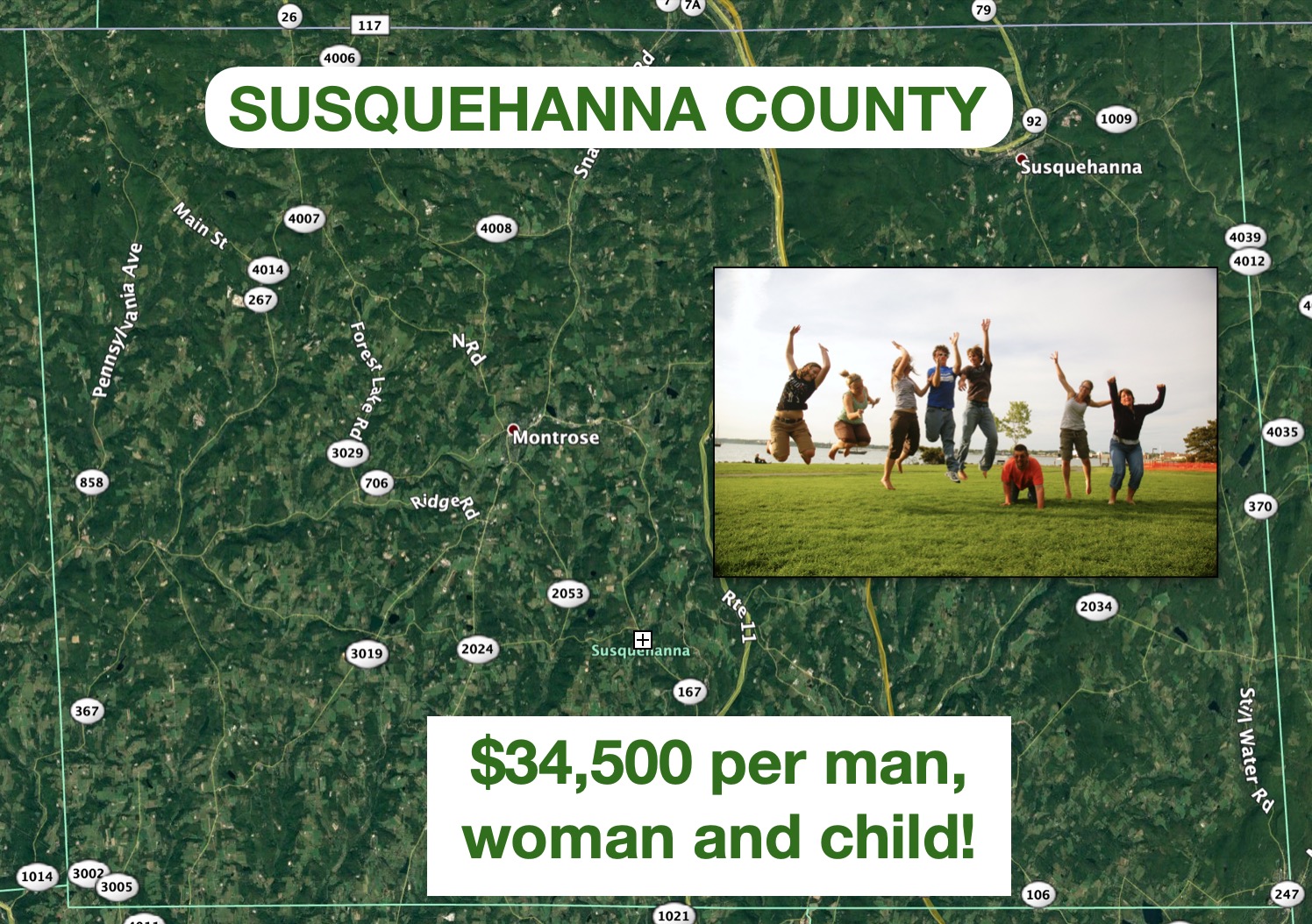 This how much one gas company had already paid out in royalties and lease payments as of two years ago. It’s closing in on $50,000 per capita now.

Here are a few excerpts from my article:

The shale revolution has turned North Dakota, which I once cited as the example of a disappearing rural America, into an economic miracle of sorts. That much is fairly well known in a generic sense, but it’s up close that you really see how shale is reviving life in the rural outposts of our nation. And, up close to me is rural eastern Pennsylvania, where I live in the shadow of the Big Apple.

Residents of the New York metro area like our community, but mostly as a vacation land they’d like not to be changed so much. For them, it’s all about rural character.

We really like rural character too, but we need an economy that doesn’t depend solely on serving city folks food at $10 per hour when they stop in for a meal on the road. Shale has provided that.

Shale development, in fact, has changed everything in much of rural Pennsylvania. It has provided farmers with royalty money to reinvest in farms. It has created openings for a multitude of new businesses. It has created thousands of jobs, brought new revenue to municipalities, reinvigorated and reinvented community institutions and stimulated economic development in a myriad of ways.

Consider, first of all, the upfront lease payments and royalties. It was almost two years ago that Cabot Oil & Gas, for example, announced it had paid out to date some $1 billion in royalties and nearly $500 million in lease payments to Susquehanna County farmers and landowners.

That’s $34,500 for every man, woman and child living in the county from one gas drilling company. The money has shown up in new farm buildings, new houses, new equipment and new bank deposits. It has also preserved land in open space; no other form of economic development producing so much return from the land had so little land disturbance.