Vic Furman relates his experience dealing with a solar sales pitch from a naive millennial who simply bought into “green energy” before thinking it through.

About a week ago a friend told me he was visited at his home by a person who opened with this sales pitch:

“If you want to save the planet from climate change you can do it for a dollar a day with a onetime donation of $365.”

Needless to say this alarmist knocked on the wrong door and, yesterday, it was my turn! I was out shopping when a young lady with a bubbly personality politely called my attention to her display table. I am writing this fresh from memory and it went something like this. 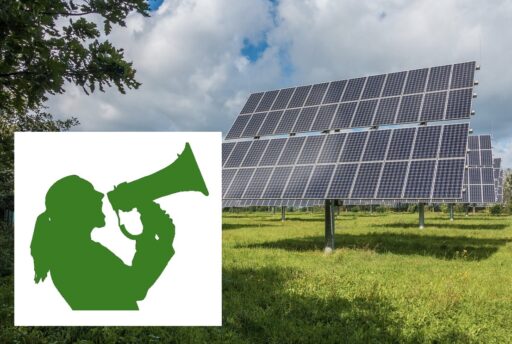 “Good morning, sir, may I ask if you’re a NYSEG customer?”

“Great! What if I told you you can save 10% on your energy bill while going green and saving the earth/”

“Young lady,” I said, “what is green energy?

“You simply sign up with us and you get solar power delivered to your home on the same wires now going to your home. There is no buying or installing solar panels as we’ve already done that!”

“That’s interesting,” I said, “can you answer a few questions to me?”

I asked “what makes you think solar energy is clean?”

“It comes from the sun and it’s free.”

“But, the solar panels used to gather the sun’s rays and convert all that free energy have both an economical cost and environmental,” I argued.

“Well, yeah they have a cost association, but they don’t hurt the environment,” she said.

“If that’s true, then why did 500,000 Chinese show up to protest a panel production plant protesting the killing of a nearby river to the plant?”

I also asked, “why can’t spent solar panels be discarded in a landfill that does not accept hazardous waste? What about batteries made with rare earth metals used for storage of energy? What about the fact mining for those metals often kills entire ecosystems, literally removes mountains and shortens the lives of those doing the mining? What’s so clean about that?”

“That wasn’t part of what was taught to us,” she said.

I introduced myself to her and told her I understood. I also pointed out perfectly clean energy simply does not exist in a modern world. I gave her a few websites to research on her phone, including this one on clean energy that isn’t clean and this one about rare earth minerals mining and several others. I did my best to challenge her solar sales pitch with facts.

She said It was nice to meet me and learn from me as we went over climate change theories. we also talked about how people like Al Gore and Leonardo DiCaprio are nothing more then chicken littles making fortunes doing fear mongering and making “the end is near” predictions.

This is not a story of converting a green energy supporter, but rather an awakening her to the reality of indoctrination and how it hit her on a personal level. I asked her if she felt like she stopped the wrong customer. She gave the best answer ever saying, “you opened my eyes through conversation, you showed me not all is as it seems, and I really appreciate learning from people who are up on the issue.”

She thanked me for my time and left her place at the store location where she had been hawking solar. I don’t know if she walked off the job or went on break, which is most likely, but I do know this…. not once did I talk of the miracle of natural gas. I saved that for another day and left knowing just how weak the case for renewables really is and how much we need to expose it for the sam it really is.