The American Petroleum Institute held its annual “State of American Energy” (SOAE) on Thursday, where the organization’s President and CEO Mike Sommers made it clear that the U.S. oil and natural gas sector is crucial to powering the economy, supporting local communities, boosting national security, addressing environmental challenges, and supporting the fight against COVID-19.

Thankfully, the American oil and natural gas industry is as strong as it’s ever been with the United States continuing to outpace our nearest global rivals, as the SOAE report shows:

Sommers’ national address was complimented by testimonials from industry employees, school teachers, and union and community leaders. Jim Snell, the business manager for Steamfitters Local 420 in Pennsylvania, said that oil and natural gas projects have “been a boon, to say the least.”

Ashley Niman, a school teacher in New Mexico discussed how more than $1 billion in tax revenue generated by oil and natural gas development is funding better education in the state and said, “that money has paved a way for a brighter future for all students.”

In addition to supporting local communities, affordable natural gas is crucial to lowering household energy costs. According to Sommers, domestic energy has provided American households with $203 billion in annual savings, which equates to roughly $2,500 a year for a family of four. Additionally, gasoline prices were about 39 percent lower than they were in 2011, which means Americans save significantly on travel thanks to abundant energy production.

This is especially important in minority communities that often struggle with energy poverty which holds back economic progress. It’s why Dr. Benjamin Chavis, the President & CEO of the National Newspaper Publishers Association that represents Black press, said the communities they serve are “eager to move forward, eager to make progress, and of course, access to energy is the single most important key to progress in 2021.”

But jobs, tax revenue, and community support aren’t the only benefits of strong oil and natural gas production. During a roundtable discussion, Yvonne T., a reservoir engineering lead, called the shale revolution “the single most contributor reduction in greenhouse gases and emissions.” 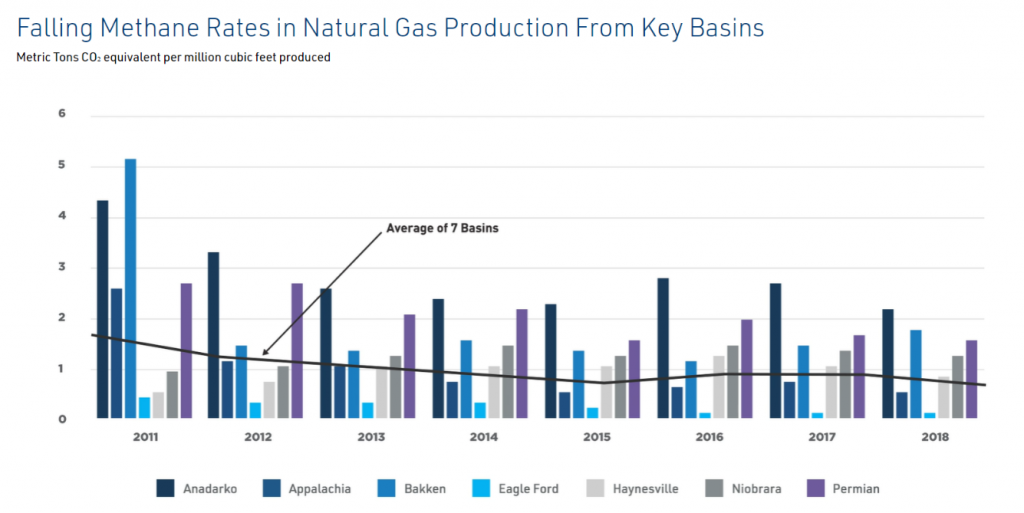 Energy In Depth has previously noted how the industry doubled down on environmental commitments in 2020 with innovative technologies like carbon capture and storage, methane leak detection and repair, and reducing flaring.

Alongside environmental progress are safety improvements, especially around the pipeline infrastructure that’s so crucial to delivering energy around the country. According to the SOAE report, pipeline mileage and barrels delivered have increased by more than 10 percent in the last five years, while incidents impacting people or the environment are down 20 percent during the same time. 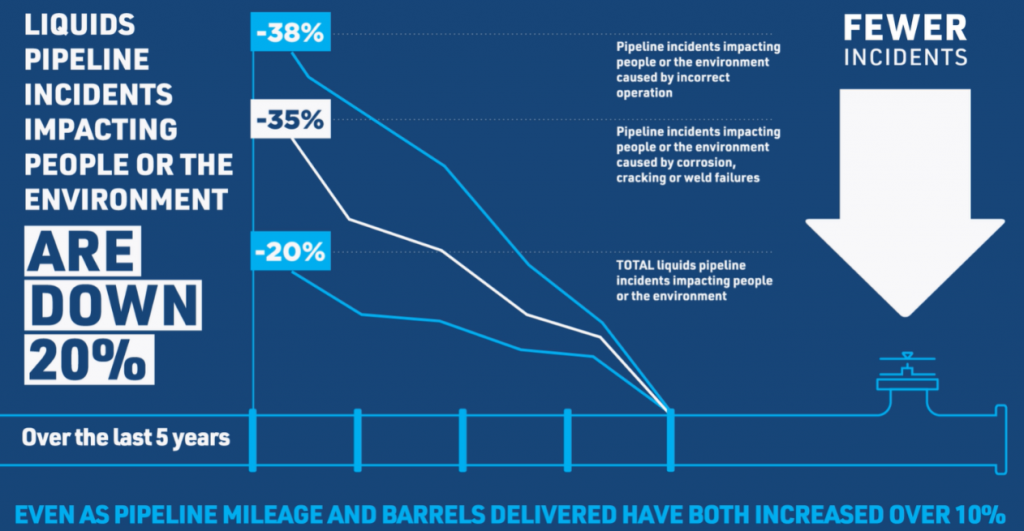 The response to the COVID-19 pandemic was a huge focus of this year’s SOAE, with Sommers explaining:

“That’s where natural gas and oil enter the picture. Both are supporting our nation’s recovery and eventual comeback from the COVID-19 pandemic. Take the last 10 months, our products served as critical building blocks for millions of face masks, surgical gowns, and other PPE worn by frontline workers.”

“It showcases America’s culture of resilience, reliability, and innovation. We solve problems and overcome hurdles. That culture is one our industry reflects and lives by, even in challenging times.