Texas made one heck of mistake investing in wind energy but Texas natural gas has come to the rescue of a lot of ERCOT arses.

Texas has done so many things right, but it got one big thing wrong went it went whole hog into wind energy. One never goes whole hog on renewables as the Germans have learned with their failed Energiewende that has exploded electric prices there. But, Texas did. Who’s at fault? George W. Bush, Rick Perry or the Energy Reliability Council of Texas, otherwise known as ERCOT? It’s hard to know, but my guess is ERCOT, the “reliability” in its name having been literally thrown to the wind, as has been the case with most grid operators who have bought into green political correctness and the billions at stake in promoting green eggs and scam. Blaming, though, is for another day as there is a crisis and one thing is saving the day; Texan natural gas.

How do we know this? Well, one chart shared with me by guest blogger Gregory Wrightstone, who got it from Alex Epstein, says it all: 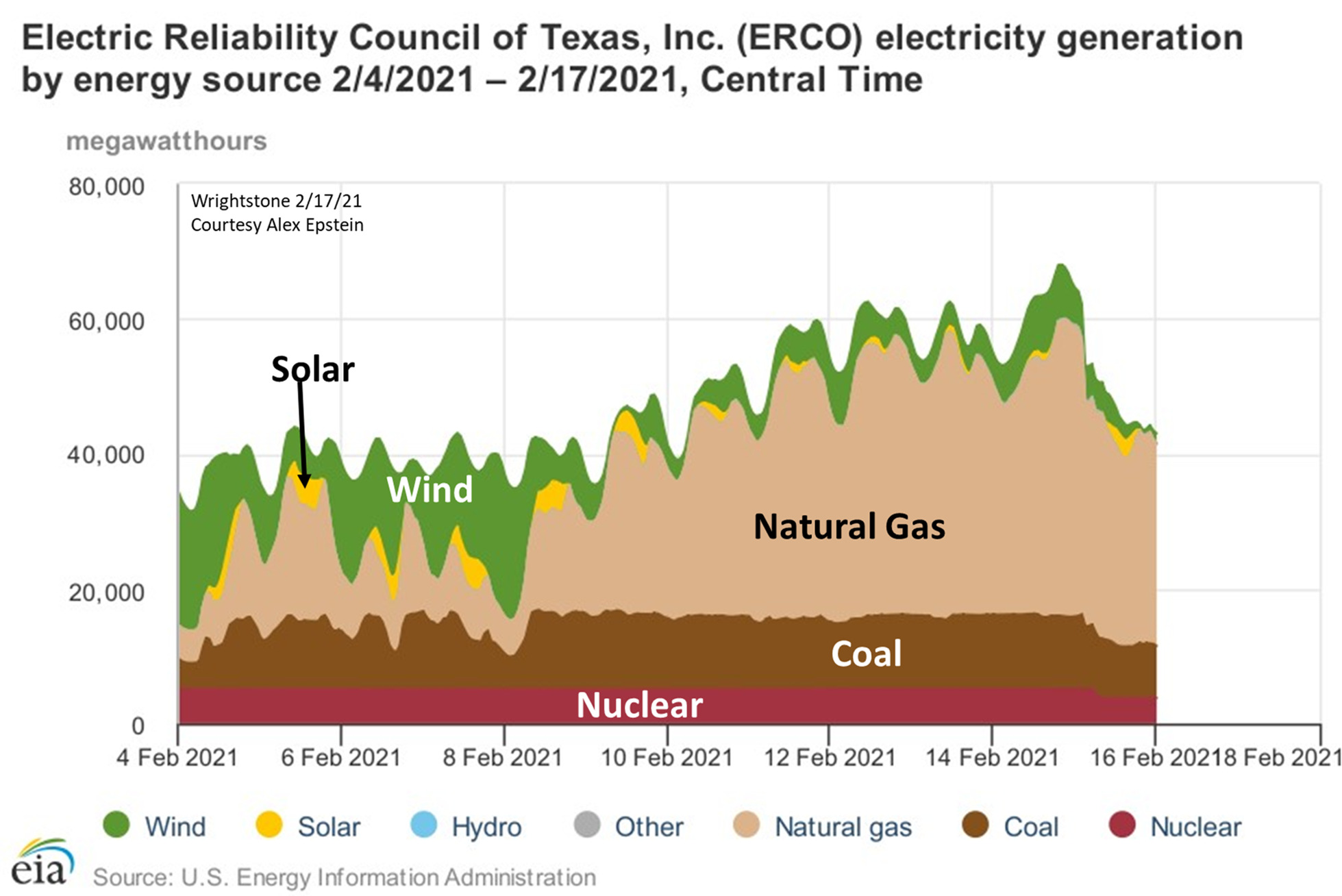 There’s a lot that can be gleaned from this chart:

It can all be summed up this way; if it weren’t for Texas natural gas there would be no Texas.