The Fatalism, Filth and Fascism of Fractivism and Its Apostles

Fractivism is nihilism unleashed. It espouses destruction of any existing order with a view toward replacing it with a utopian society led by fractivists.

Nihilism is the denial of any meaningful aspects to life. Its adherents typically believe the only thing that matters in the least is power; the power to achieve their own will and to impose it on others. It respects no dignity in others. It respects no natural rights, courtesies or laws and is inclined toward fascism, which is to say the use of government, violence or whatever necessary to force others to do its bidding. We’re seeing fractivism taking on this face.

Fractivism, as I see it, is merely the latest cause of those serial protesters who aim, among other destructive impulses, to destroy the oil and gas industry and anything else that remotely competes with their green energy vision. That vision is utopian in the sense it aims to create a perfect society of lemming-like individuals who buy into the dreams of the visionary. No dissent, that is. The perfect society is one led by the visionary, in other words. A cult. 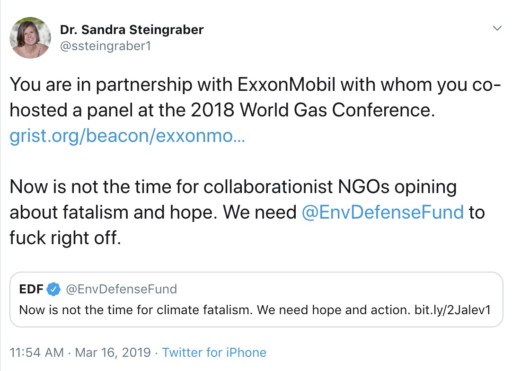 Nice language, huh? See what I mean about not respecting dignity? This is the lauded heroine of fractivism, an Ithaca College college professor filling young minds with nonsense (annual cost = $61,339). Steingraber’s Tweet was a reply to an innocuous one from the Environmental Defense Fund, a group with which I often don’t agree, but which isn’t crazy either. It is by no means skeptical when it comes to climate change orthodoxy. Rather, it extolls action on global warming. But, it does so without trying to beat others over the head to get cooperation. The art of persuasion is still in vogue with EDF.

That’s not good enough for Sandra Steingraber, an individual I’ve never seen in public with a smile on her face, not once. She proves EDF’s point in her response, in fact, by combining her filthy language and “beat ’em up” fascist approach to conversion with a distinct form fatalism. All fruit is, apparently, bitter to her taste buds. And, anyone who talks to the other side with any purpose other than laying the foundation for a mugging is a “collaborationist” or perhaps a Kulak.

Steingraber’s Tweet attacked the idea ExxonMobil and EDF might be dare to work together in “cutting emissions of methane, a potent greenhouse gas,” which was the purpose of the panel. How could any thinking person truly serious about reducing emissions imagine this was dastardly? The industry, after all, has done more to reduce CO2 emissions than any measure taken by any governmental or non-governmental entity. 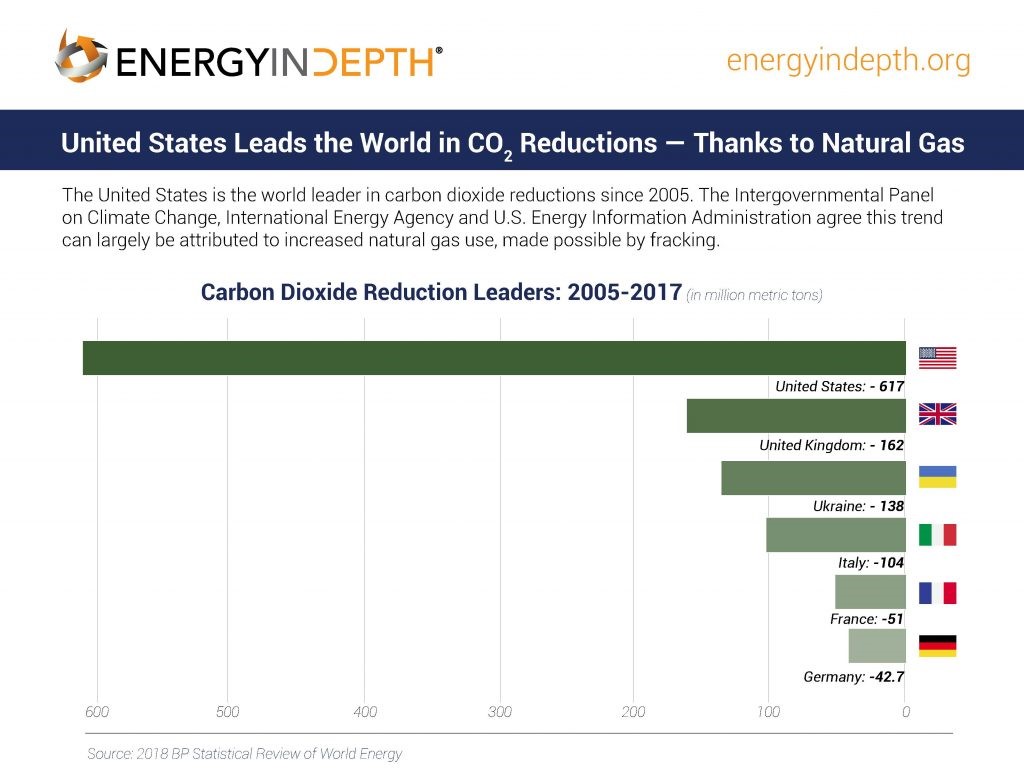 The industry has also drastically reduced methane emissions even as natural gas production has skyrocketed. What’s not to like if you’re committed to fighting global warming? 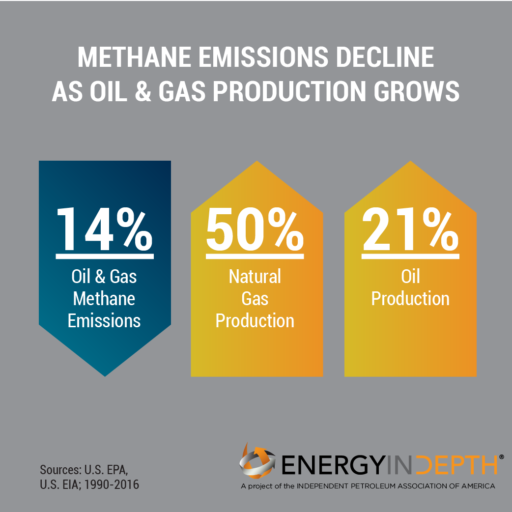 What’s not to like for purist apostles of fractivism is that working together it isn’t destructive and destruction of the oil and gas industry, no matter how much good it might do, is the prize, the non-negotiable ultimate objective. Absent such destruction, there is no path to power for those with visions of glory imposing their green energy scheme on others. There is no collapse of the existing order to create the space for such as Sandra Steingraber to run things. There is no emptiness to fill, no misery in which to wallow and no place for the likes of fractivists such as her to sit in judgment as the master of her own forlorn kingdom. This is fractivism, an unhappy lot but for those who thrive on despair and gloom.