Tom Hogan is a RINO politician who has sold out to green special interests. Jim Willis is angry and so am I. Hogan is engaged in the worst of demagogic politics.

In what has to be the outrage of the century, Chester County, PA District Attorney Tom Hogan, drunk on his own power, has falsely charged both Energy Transfer (Sunoco Logistics Partners) and several PA constables (essentially off duty police officers) with bribery and conspiracy because the off-duty officers had the gall to moonlight as security to protect Mariner East pipeline workers from anti-fossil fuel crazies and wackos. 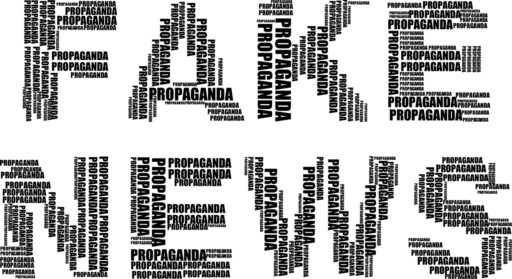 Chester County’s Republican DA is engaging in the worst sort of demagoguery and putting out fake news intended to burnish his green credentials. So, who is really being bought here? Read and learn.

Hogan says the off-duty officers used their official badges (and carried weapons) as they moonlighted and that constitutes a “criminal” offense. Hey Hogan, we just saw a friend from the local Binghamton Police Dept. working as security for the local AHL hockey team last week–in uniform, with his weapon–right outside the arena. He told us the hockey team pays his salary when he works off-duty for them. Was he committing a crime too? This happens all the time, everywhere!

The only reason Hogan is making these charges is because the project where they worked off-duty is a pipeline. And, because it’s police officers. PA State Troopers filed a lawsuit against Hogan in October 2018 because he maintains a blacklist with troopers’ names that he refuses to call to testify in court cases.

Hogan gets to smear two birds with one stone in this so-called criminal complaint: the pipeline industry and police officers.

This latest stunt is a political persecution by Hogan, not a legitimate prosecution. He signaled this was coming back in January.

As we’ve said before and will say again now: Hogan himself should be charged and immediately removed from office. We call for an investigation of Hogan. We believe he’s engaging in a “buy-a-DA” scheme paid for by Big Green organizations.

Chester County District Attorney Tom Hogan stated, “This is a pretty simple case. State Constables sold their badges and official authority. Energy Transfer bought those badges and authority, then used them as a weapon to intimidate citizens. And the defendants attempted to conceal their activity through a maze of companies and payments. Meanwhile, new sinkholes are popping up along the Mariner East Pipeline. And still, the governor remains asleep at the wheel.”

The facts alleged in the criminal complaints are as follows:

Energy Transfer and its subsidiaries are constructing the Mariner East Pipeline across Pennsylvania. The purpose of the pipeline is to ship volatile natural gas liquids from Western Pennsylvania to Delaware County, for subsequent shipment to Europe for the production of items such as plastics.

The investigation by the District Attorney’s Office revealed that multiple State Constables were appearing at pipeline sites as security personnel, wearing Constable attire, armed, and displaying Constable badges. Many of the Constables were well outside of their home county jurisdictions. One Constable even confronted a Chester County Detective. Constables were arrested and charged with official oppression, violation of the Ethics Act, and related offenses.

Recknagel arranged to “off-shore” the actual hiring and payment of the State Constables, attempting to hide this illegal activity. Recknagel used two security firms, TigerSwan LLC and Raven Knights LLC, to coordinate the operations of the State Constables as security. James Murphy and Richard Lester, two former Pennsylvania State Police Troopers, ran the operations for Raven Knights. Murphy is not permitted to hold a private detective license because of prior misconduct. Nikolas McKinnon and Michael Boffo were the operators for TigerSwan. TigerSwan has previously been involved in controversial security activities regarding the Dakota Access Pipeline, including a lawsuit over unlicensed security operations.

Energy Transfer could have simply hired a reputable private security firm and paid the security guards directly. Instead, Recknagel and Energy Transfer wanted the power of the badge to enforce their corporate will and engaged in illegal activity to make it happen, then hid the payments in a byzantine process to avoid detection of their role. In fact, when the Constables were arrested, an Energy Transfer spokesperson actually made a public statement that the Constables were not their employees, shifting all responsibility to Raven Knights.

As part of the illegal buy-a-badge scheme, these hidden payments to State Constables to misuse their badge and authority constitute bribery, dealing in unlawful proceeds, conspiracy, and related offenses.

District Attorney Hogan added, “These types of investigations are complex and time consuming. We are working our way up a chain of corruption, which has both corporate and political ramifications. Other law enforcement entities also are investigating. It will be interesting to see where the evidence leads.”

All of the defendants were arrested and processed today. They were placed on unsecured bail and will have a preliminary hearing in the near future.

The above notice also contained this footnote, in type so small you can barely read it: “A criminal defendant is presumed innocent until proven guilty in court.” But that’s the point, right? Hogan is trying this case in the court of public opinion. He *wants* the lamestream media to pick it up and convict Energy Transfer and these off-duty officers in the press. Why bother with an actual trial?

Right on cue comes the Dissociated Press, providing a single article that hundreds of newspapers across PA and the country have picked up and run:

A county prosecutor on Tuesday accused the owner of multibillion-dollar pipelines carrying highly volatile natural gas liquids across Pennsylvania of illegally using uniformed state constables as a private security force in what he called a “buy-a-badge” scheme.

The charges include dealing in the proceeds of unlawful activities and bribery.

Energy Transfer, a multibillion-dollar firm that owns sprawling interests in oil and gas pipelines and storage and processing facilities, said in a statement that the charges do not have merit, although it acknowledged the constables were hired at its expense.

Hogan initially charged two constables in August with official oppression and other offenses in his office’s year-old investigation into the heavily fined pipeline project that has drawn protests in Philadelphia’s heavily populated suburbs.

Internal company documents show that paying law enforcement officers for using their authority is Energy Transfer’s company policy, and that contractors were used to hire and pay the constables to hide the scheme, Hogan’s office said…

Again, off-duty police officers (and constables) are hired all the time by private companies for crowd control and security. The only reason this one is a “crime” is because it’s a pipeline company.

Here’s how the Philadelphia Inquirer reports it:

All were charged with bribery, conspiracy, and related offenses. They are accused of paying 19 constables more than $230,000 over two years to improperly patrol the pipeline route while wearing their uniforms and badges and carrying their firearms to act “as a deterrent,” according to court documents…

Vicki A. Granado, a spokesperson for Energy Transfer Partners, said the company found the charges against Recknagel “troubling” and without merit.

“The district attorney’s complaint only constitutes allegations — it is not proof of wrongdoing,” she said. “Energy Transfer will fully support [Recknagel] as he seeks the dismissal of the allegation, which, again, we believe has no merit, now that he is entitled to due process and a fair hearing.”

…The charges filed Tuesday were built on an investigation Hogan’s office conducted this summer. In August, two constables, Kareem Johnson, 47, and Michael Robel, 58, were charged with official oppression and Pennsylvania Ethics Act violations for improperly working for Raven Knights, a security firm owned by Lester and operated by Murphy…

The Inquirer also ran pictures of the “alleged criminals”–just so their neighbors will see it and treat them like pariahs. Nice move Inquirer.

Hogan is loathsome and disgusting. He should be ashamed of himself.