[Editor’s Note: New England, once the land of common sense is now pursuing a Transportation and Climate Initiative that is a fool’s errand by any standard.]

The Transportation and Climate Initiative that many East Coast states will be party to is expected to take effect in 2022 with details of the pact being announced by the end of this year. On Monday, December 21, Massachusetts Governor Charlie Baker, Connecticut Governor Ned Lamont, Rhode Island Governor Gina Raimondo and Washington, D.C. Mayor Muriel Bowser signed a Memorandum of Understanding on the so-called “cap-and-invest” pact that would require substantial cuts to transportation greenhouse gas emissions. As many as ten other states could join. 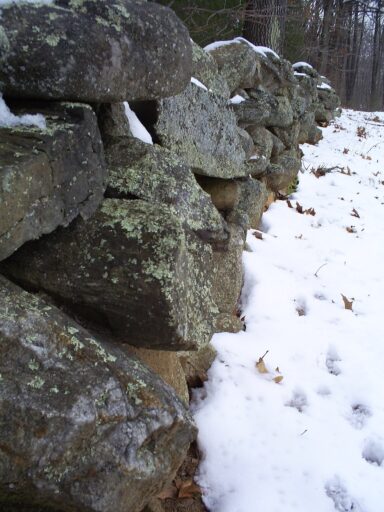 The accord will cap vehicle carbon dioxide emissions from Maine to as far south as North Carolina and require fuel distributors in participating states to buy permits for the carbon dioxide that their products emit. Under the plan, wholesale suppliers of motor fuels would be required to buy pollution allowances through periodic auctions, with the proceeds going back to the states. The cap on these emissions will decline over time increasing the cost of the permits. The pact mirrors an agreement among the Northeast states aimed at reducing power plant carbon dioxide emissions, the Regional Greenhouse Gas Initiative.

Fuel distributors will simply add the cost of the permits to the cost of the petroleum product, gasoline or diesel, which essentially adds an additional tax to the transportation fuel in addition to state, local, and federal taxes for consumers. Estimates of the impact of this pact on gas taxes are between 5 and 17 cents per gallon for as many as 52 million registered drivers along the East Coast. The tax is expected to raise billions of dollars over the next decade to be used for public transit, encouraging fuel efficiency, subsidizing electric vehicles and charging stations, and other measures that exclude fossil fuels. But, not only will commuters pay higher prices for gasoline and diesel, they will be paying higher prices for goods and services because businesses cannot absorb the higher costs without passing them along to customers, since 95 percent of transportation in the United States is provided by hydrocarbon fuels.

This announcement, however, is coming at a time when Americans can afford less taxation due the economic upheaval associated with the coronavirus pandemic. Because of the coronavirus, the final terms of the pact will require each state to dedicate at least 35 percent of revenue to helping those in heavily polluted communities and participating states will have the discretion of how to interpret that provision. Massachusetts plans greater investments in public transit, efforts to increase open space and cool urban areas known as heat islands, more electric vehicle rebates, and greater subsidies to help residents access broadband Internet to make it easier to work from home.  It will be essentially a bottomless source of new revenue for politicians to buy favor with specific groups, all on the backs of people who need a car or truck to go to work or attend to family business.

The number of states that plan to sign the agreement remains in flux, as negotiations over the emissions caps and other key details continue. There continues to be issues between states on how proceeds will be apportioned, how to report emissions, and whether there will be a controlling authority overseeing the pact. Many states will have to win approval in their legislatures before they can participate. Those states that do not sign on this month will be able to join later.

Due to the coronavirus pandemic, transportation emissions have declined in the past year. Before the pandemic, the transportation sector was responsible for 28 percent of carbon dioxide emissions nationally and 40 percent of the region’s emissions. In Massachusetts last month, traffic remained 20 percent below pre-pandemic levels, compared to a 13 percent decrease nationwide. That has cast doubt on previous projections, which determine how stringent — and costly for drivers — the carbon allowances will be. For example, more people continuing to work from home points to less traffic. But it is possible that fewer people will return to using public transportation, meaning transportation carbon dioxide emissions could increase.

Due to the coronavirus pandemic and resulting changes to transportation patterns, Massachusetts Governor Charlie Baker, at a press conference last month, said it was important to “reexamine a lot of the assumptions” behind the agreement, though he said he remained “very much a fan.” Massachusetts expects to get around $500 million a year for transportation projects on which politicians can cut ribbons.

A poll taken shortly after Baker’s comments showed a majority of state residents oppose the initiative. Another regional poll by the Yale Program on Climate Change Communication, however, found that 70 percent of those surveyed supported the initiative. Poll results are often based on the wording of the questions and the tone of the interviewer and should be examined carefully. The simple question “Do you expect to pay more for gasoline due to the Transportation Climate Initiative?” was not included in the latter poll. That poll did show, however, that 57 percent found that cost was a major factor in determining what transportation they use and only 31 percent said that impact on the environment was a major factor in their choice of transportation.

Is the Pact Necessary?

Due to a 2008 state law, Massachusetts is under legal pressure to reduce its greenhouse gas emissions, with the transportation sector a major source of carbon dioxide emissions. However, it is estimated that carbon dioxide emissions from vehicles in the region might decline by 6 percent to 19 percent over the 10-year period even without this pact, due to increases in fuel efficiency and the growth of electric vehicles. Further, Massachusetts motorists could face not one but two increases in fuel prices. Next year, the state Legislature is expected to debate a package of major transportation improvements that is expected to include an increase in the state gas tax.

Not All Northeast Governors Are On Board

New Hampshire Governor Chris Sununu balked at the concept, issuing a statement contending that New Hampshire residents would end up paying to fix crumbling infrastructure in other states and saying “This program is a financial boondoggle.” Vermont Governor Phil Scott has expressed concerns in the past and his administration is still analyzing the proposal.

Despite the coronavirus economic upheaval, states along the East Coast are pursuing the Transportation Climate Initiative that will increase the price of gasoline and diesel fuel by 5 to 17 cents per gallon due to a cap and invest program that will limit the amount of carbon dioxide emissions that fuel distributors’ products can emit. The new “tax” will be over and above local, state, and federal taxes that consumers now pay and revenues from it will purportedly be used to fund future transportation initiatives in the states. It will go into effect in 2022.  Drivers up and down the Atlantic Seaboard should get used to big increases in taxes on their freedom to use their vehicles as a result of this pact.