Twin Towers Attack Brought Us Together. Why Are We So Far Apart?

The 9/11 attack on the Twin Towers 18 years ago brought us together but now we’re as far apart as ever. Let’s rally around the energy security we now have.

I was sitting in the cafeteria having breakfast with others at work when shortly after 9:00 AM the show on TV was interrupted with breaking news. It was the first plane hitting one of the Twin Towers! A cafeteria with over 200 people eating breakfast or enjoying a simple coffee became silent believing they witnessed a horrific air traffic accident.  We watched as the fire and smoke filled the skies and with no one speaking a word, heads were bowed in silent prayer by many in the room. The silence was deafening! 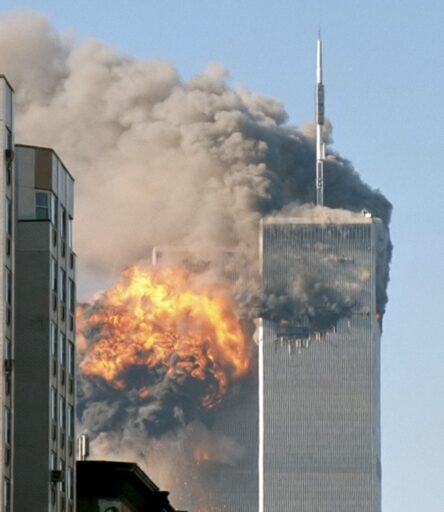 As we continued to watch the news another plane headed directly toward the Twin Towers striking the other one. Immediately, every veteran in the room knew this was war, an attack much like Pearl Harbor was taking place right on TV in NYC. People silent were now sharing their disbelief and anger almost immediately blaming Osama Bin Laden. Osama had attacked the Twin Towers before!

On this day politics didn’t matter we were all Americans. We stood together as one with the one commonality being American. We were under attack.

On this day there were many hero’s from the first responders who rushed into the dangers facing a certain death, to the New York City businesses that were providing water and shelter as thousands fled the area in horror and confusion.

But the real heroes, in my book, were the passengers on the ill fated Flight 93. Over Pennsylvania they were calling home saying goodbye to their loved ones as the brave passengers already made the decision to fight back,  knowing of the fate that awaited them no matter what, as they were informed by loved ones telling them of the towers. The last known voice recording came from a man and it was simply “Let’s roll.”

Speculation was the target was the White House, but we all know, thanks to those brave passengers on Flight 93 who gave their lives to stop it from hitting its target, that the flight crashed in a Pennsylvania field well short.

On this anniversary of 9/11 it is my hope we once again can put our differences aside and come together as a nation of one. That we dig however deep we need to reach into our souls and give thanks to the heroes of that day and the days to follow. I pray that as time passes, like Pearl Harbor, we never forget the victims, the families, and the story that this nation has once again faced and prevailed.

Editor’s Note: Vic is a patriot and it’s great to hear from him on Patriot Day. I can only add that it is incredibly sad to see how divided our nation has become since the attack on the Twin Towers and the Pentagon. The passengers on Flight 93 gave their lives to prevent even greater destruction. Those attacks on America came from extremism.

Unfortunately, such extremism still exists and has torn us apart in a rather different way than those airplanes turned bombs did, but America is the land of innovation reflected in those who yelled “Let’s roll.” We are now in a completely different place in terms of energy security and, therefore, our national security as well. Thank natural gas development for that.