Natural gas is headed to the top of the heap when it comes to U.S. energy consumption. Natural gas consumption, in fact, has increased tremendously since the onset of the shale revolution that so lowered the costs. The growth has been nothing less than stunning, in fact, while percentage of energy contributed by fossil fuels has remained the same for a century.

Here’s the biggest news from the EIA post at Today In Energy (emphasis added) :

This is the impact of the shale revolution, which began in earnest about 2005 in Texas. But, it’s hardly the only news from the story. There are also these tidbits:

Energy consumption in the United States has undergone many changes in the nation’s history, from wood as a primary resource in the 18th and 19th centuries, to the onset of coal and petroleum use, and to the more modern rise of nuclear power in the late 20th century and renewables in the early 21st century…

The renewable share of energy consumption in 2018, which includes hydroelectricity, biomass, and other renewables such as wind and solar, was 11.4%, slightly less than its 2017 share. The largest growth in renewables over the past decade has been in solar and wind electricity generation.

Yes, contrary to all the hype, renewables lost market share in 2018. That’s undoubtedly due to lowered direct and indirect subsidies; renewables can’t grow without them, after all. But, there’s a bigger point to be made. Renewables are old technology. We used to depend on burning wood (now euphemistically labeled biomass) to keep warm, flooded valleys and built dams to produce electricity and erected small windmills to lift water out of the ground. Then, we got smart and went for energy density that only fossil fuels and nuclear can provide. The result is this: 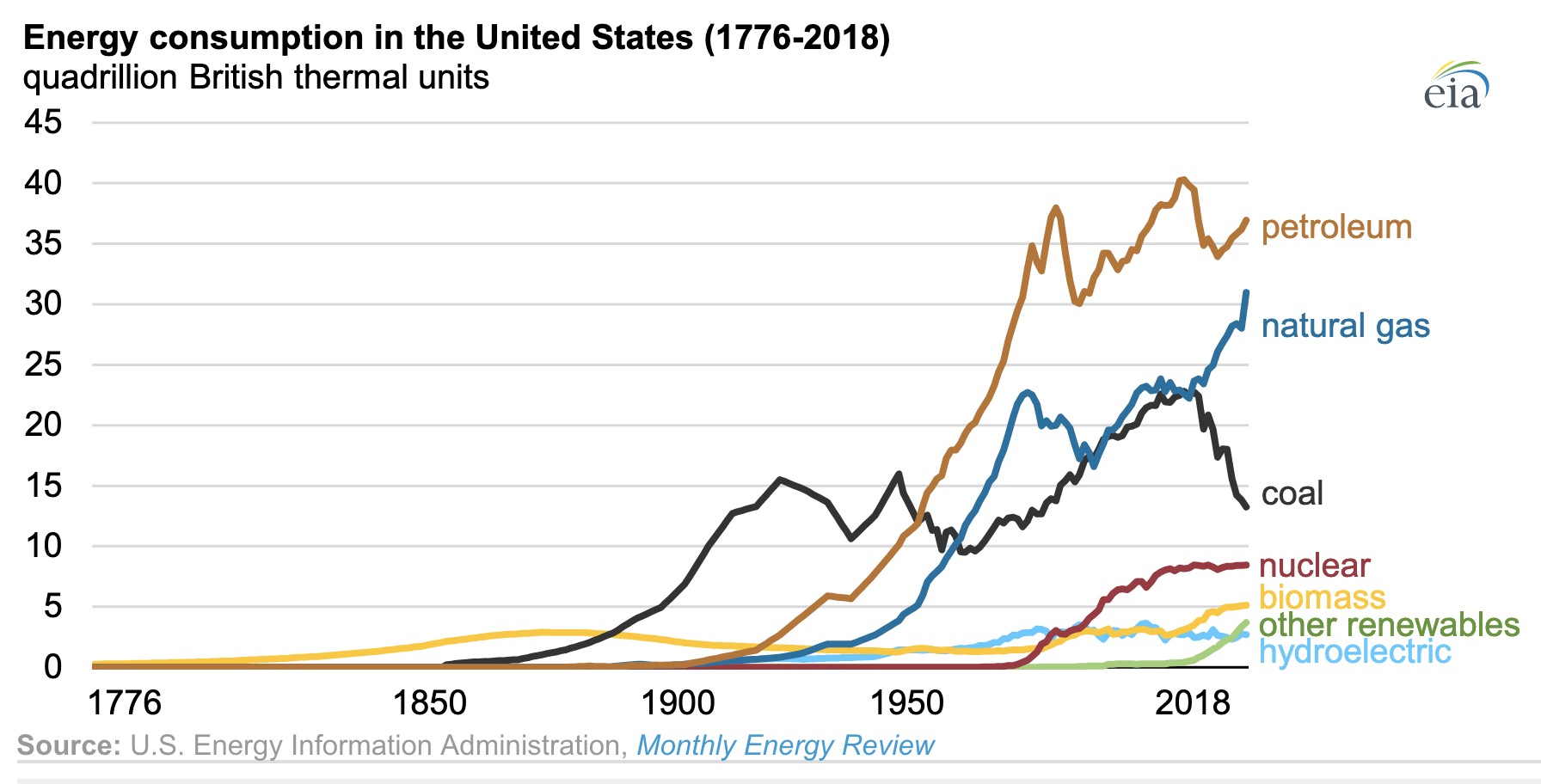 And, here’s the other stunning fact:

It’s also interesting, isn’t it, that as natural gas has replaced coal, emissions of every type have dropped and the air is cleaner? This EPA chart sums it up: 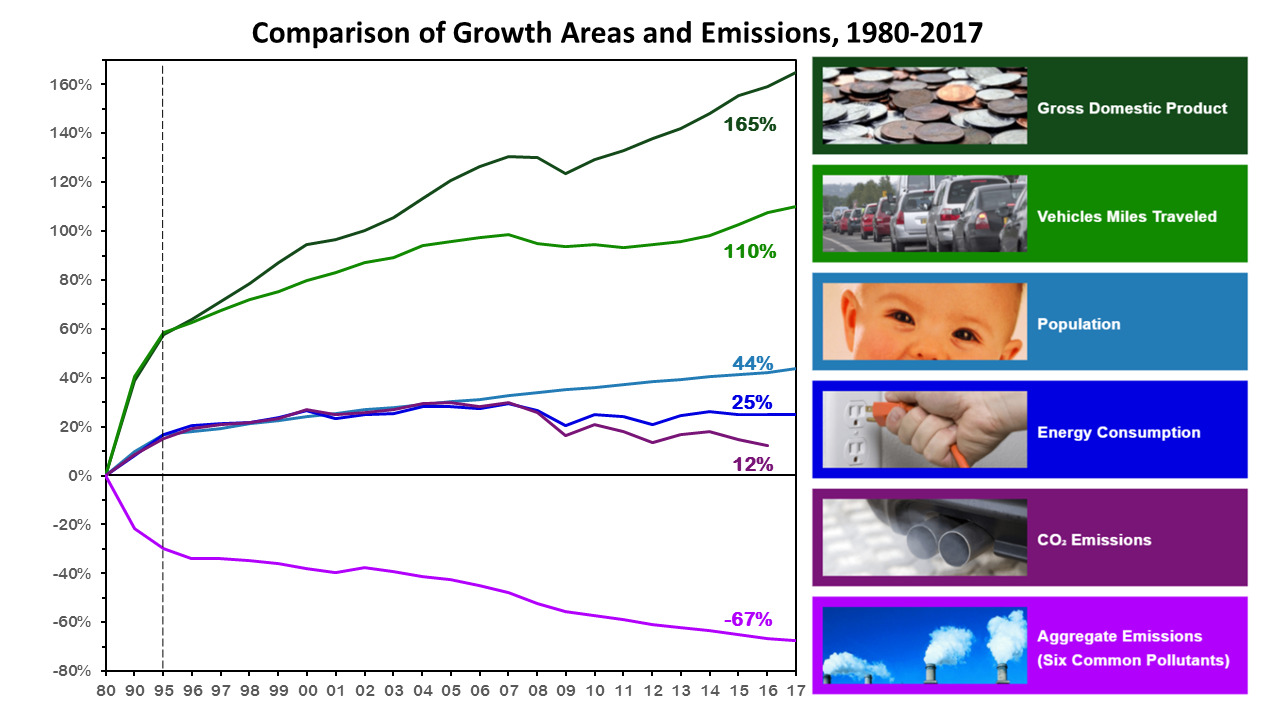 The year 2005 was, curiously enough, the inflection point for CO2 emissions and the decline in other emissions steepened at the same time. So, we have fossil fuels holding steady for more than a hundred years, natural gas consumption up by more than a third since 2005, renewables losing share last year and emissions continuing to plummet. It’s hard to imagine how our win could be any bigger.