The UDRBC, a large coalition of landowners mostly centered in Wayne County, is at the forefront in an effort to defend and honor the private property rights of all citizens of the Delaware River Basin.  Working with politicians at all levels to further member land use rights, the delegation’s goal was to meet with Rep. Cartwright’s aide to inform Representative Cartwright of the concerns UDRBC members have regarding the mission creep and overreach of the Delaware River Basin Commission (DRBC) and its unfair treatment of the landowners in Wayne County. 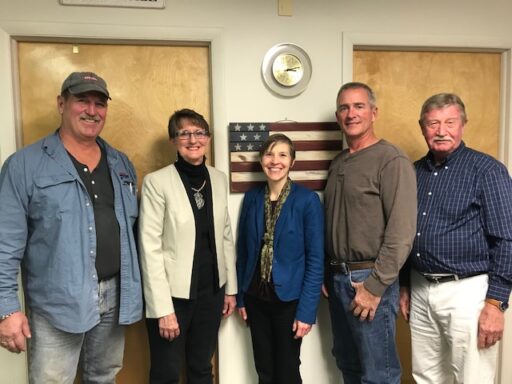 The concern of the UDRBC is that the DRBC is moving outside of its Compact into regulation of any use of water and at the same time ignoring the economic balance of its Compact, favoring recreation and tourism at the expense of industries like agriculture, manufacturing, natural gas, timber, and other industries.

More specifically, these were the points made:

To learn more about the UDRBC and its mission or to become a member, go to udrbc.org.