Under Every Fractivist Rock, One Finds Rockefeller Money

Recent news from Virginia about help coming from German radicals in opposing the Mountain Valley Pipeline show the undue influence of Rockefeller money.

There was a rather amazing story in the Roanoke Times the other day. It was about a group called Ende Gelande who’ve come from Germany to instruct fractivists opposed to the mostl built Mountain Valley Pipeline on how to supposedly stop it. It’s just what America needs, extremist green party types from a country that we’ve had to defeat twice in war over the last century telling us what to do energy. The utter failure of their Energiewende to do anything but raise electric prices to the stratosphere just adds to the irony. But, this is less a story about the Germans than the Rockefeller family, whose influence is to be found under every fractiviist rock here and there. 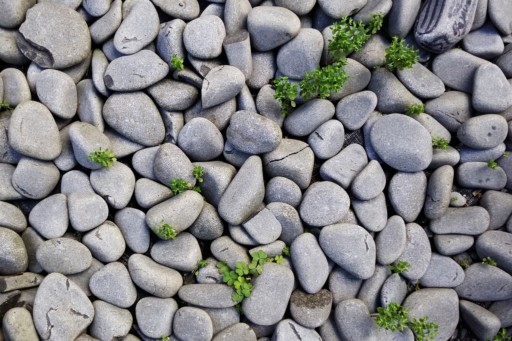 Here are a few excerpts from the story:

Environmental activists from Germany, who have organized mass mobilizations against coal mining operations in their country, are meeting this week with opponents of the Mountain Valley Pipeline.

Members of Ende Gelande shared stories and advice with about 50 people who gathered Wednesday night in a meeting room at Virginia Tech. A second meeting in Roanoke is scheduled for 6:30 p.m. Friday at the CoLab on Grandin Road.

Concerned about the environmental impacts of mining and burning coal, the organization has recruited hundreds — and in some cases thousands — of volunteers. Clad in white coveralls, the protesters converge en masse at strategic spots, “and with our own bodies, stop the destruction that is happening,” Ende Gelande member Daniel Hofinger said at the Tech meeting…

Enlisting more than 1,000 participants at a time for nonviolent civil disobedience serves two goals for the protesters: It complicates police efforts to make effective arrests and quickly disperse the crowds, and the carefully planned events draw media attention to their cause.

It’s unclear whether such tactics might be replicated in Southwest Virginia, where direct action against the Mountain Valley Pipeline has so far consisted of lone protesters or small groups sitting in trees along the project’s path or chaining themselves to construction equipment.

Members of Ende Gelande — “Here and No Further” in German — are currently touring the United States to share information with interested organizations, Hofinger said, but have no plans to help organize or participate in any mass mobilizations that might occur.

So, is this what’s coming next to America? Freaky looking brainless lemmings acting out to undermine the rule of law? Could be. Ende Gelande, is anti-coal, which certainly suggests they ought to be pro-gas but, here they are in America lining up with our fractivists to oppose a gas pipeline, and they’re anti-nuclear to boot. That means they’re less anti anything than pro-renewables.

Remewables, of course, have done little or nothing to reduce German use of Lignite or dirty brown coal for baseload generation, because they always, always require some other energy source to provide power when the sun doesn’t shine enough or the wind doesn’t below enough, which is most of the time. The Germans have declared they’re going off coal but that’s an empty promise for this very reason, unless they go gas or nuclear.

And, we now know Ende Gelande is anti-gas, suggesting the group is really just another fractivist group pushing the special interest agenda of elites pursuing a strategy of green virtue signaling combined with investments in corporatist green energy schemes. So, the only question is who is behind all this. Who is paying?

Well, a little searching on the web using DuckDuckGo, the alternative to fractivist funding Google, yielded a reference to Ende Gelande in this 350.org funding proposal. The 350.org enterprise, of course, is one of several Rockefeller initiatives, funded by the family and the Park Foundation with Fractivist Rasputin serving in the role of coordinator. And, in this funding proposal to Netherlands charity lottery Nationale Postcode Loterij we find the following:

In May 2016, we helped organize Break Free from Fossil Fuels. We mobilized 20 actions with over 30,000 participants on six continents to fight extreme energy projects. Our strategy successfully engaged local/regional press, as well as major global outlets. One of the biggest actions of this global mobilisation was the ‘Ende Gelande’ action at the German lignite mines. Over 3,500 people from across Europe shut down the operation of one of the most dirty and polluting fossil fuel infrastructure for a weekend. Fossielvrij helped to coordinate participation from the Netherlands with over 150 people joining the action, and supported follow-up grassroots climate organizing in the Netherlands.

Thus we learn Eland Gelande is closely associated with 350.org which is part of the Rockefeller fractivist enterprise, just as so many other such groups here in the United States. Turn over a fractivist rock and find Rockefeller money.

Moreover, our friends at Energy In Depth have found this as they have uncovered Rockefeller family funding of the #ExxonKnew scam:

This Thursday, the European Parliament’s (EP) Committee on Petitions and Committee on the Environment, Public Health and Food Safety will hold a joint hearing on “Climate Change Denial,” specifically focusing on ExxonMobil and the #ExxonKnew campaign. The hearing was scheduled as a result of a petition submitted to the EP by Food & Water Watch Europe, the European arm of the international non-profit Food & Water Watch, a Rockefeller-funded organization that accuses the ExxonMobil of “concealing the link between fossil fuels and global warming” for decades…

While the venue and audience may indeed be new, the testimony set to be offered on Thursday by Mr. Supran is remarkably familiar, and as such redundantly far-fetched, and far removed from fact. Food and Water Watch, its backers at the Rockefeller Family Foundation and Mr. Supran are doing a disservice to the EP in continuing to propagate long debunked assertions (as chronicled in this short video here) in their attempt to further the #ExxonKnew movement. Even a cursory glance at the history of these assertions would go a long way in ensuring the EP does not inadvertently lend any credence to their cause.

As closely as I have followed Food & Water Watch, this was the first indication I had seen of Rockefeller funding of it. Indeed, while the family can be linked to almost every other fractivist group, I could recall no evidence of them being involved with Food & Water Watch until the Craig Stevens deposition came along and showed the close relationship of this group to the Catskill Mountainkeeper, a direct descendant of the family. But, now there’s more. A quick look at the Rockefeller Family Foundation 990 return for 2016 ( a full copy of which, with all schedules can only be found at the New York State Charities Bureau), in fact, confirms Rockefeller Family Foundation donations.